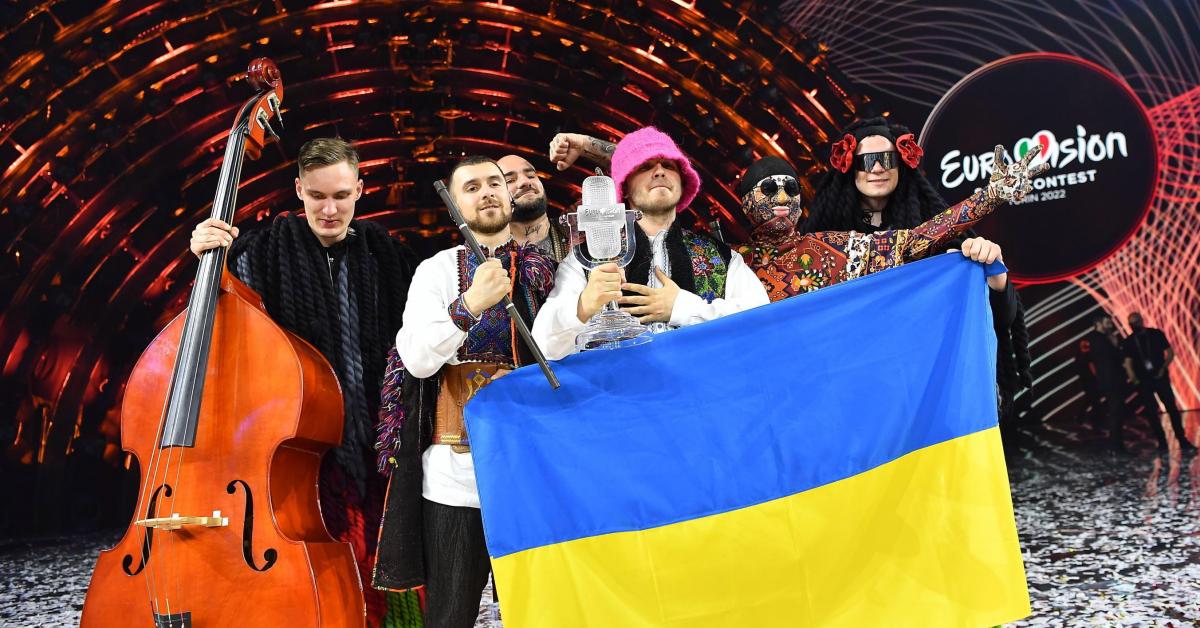 The Ukrainian group Kalush Orchestra was a favorite, mixing rap and traditional folklore. Due to the war in Ukraine, the European Union (EU) had excluded Russia from the competition. But to win, the Kalush Orchestra had to beat the other 24 finalists…

But in the end no surprise at the end of the evening, it was Ukraine who won the final at the Pala Olimpico in Turin. After their performance, the six band members drew attention to the fighting in the Ukrainian city of Mariupol. “Help Azovstal, now,” shouted rapper Oleg Pshuk.

Ukraine won the competition ahead of the United Kingdom and Spain, thanks to the vote of viewers who voted for the group representing the country invaded at the end of February by Russian troops. The group Kalush Orchestra, whose song “Stefania” mixes hip-hop and traditional music, collected 631 points, ahead of the British Sam Ryder and his title “Space Man” (466 points) and the Spanish singer Chanel with “Slo Mo” (459 points).

Ukrainian President Volodymyr Zelensky hailed his country’s Eurovision victory on Saturday by linking it to the Russian invasion, with this sentence written on his Facebook page: “Our courage impresses the world, our music conquers the world. ‘Europe’. “For the third time in its history. And, I believe, not the last. We will do our best to welcome Eurovision participants and guests to the Ukrainian city of Mariupol one day. Free, peaceful, rebuilt! “, he added. “I thank Kalush Orchestra for its victory, and all those who voted for us! I am sure that our victorious choir in the battle against the enemy is not far off. Glory to Ukraine! “Wrote the Head of State again.

This is Ukraine’s third victory in this competition after that of 2004 and especially the 2016 edition – two years after the annexation of the Ukrainian peninsula of Crimea by Russia – with Jamala and the title “1944”, a song recounting the deportation of the Tatars by Stalin.

Belgium, represented by Jérémie Makiese and his hit “Miss You”, finished in 19th position with 64 points. Belgium has only won the music competition once with Sandra Kim and her title “J’aime la vie” in 1986.

At the bottom of the standings, Germany finished in 25th and last place with 6 points. France finished penultimate with 17 points.

Relive the final of the competition in video

Relive the live commentary (via our colleagues from “Soir”)