Naples, collapse in the cemetery of Poggioreale: at least 200 corpses out of the coffins 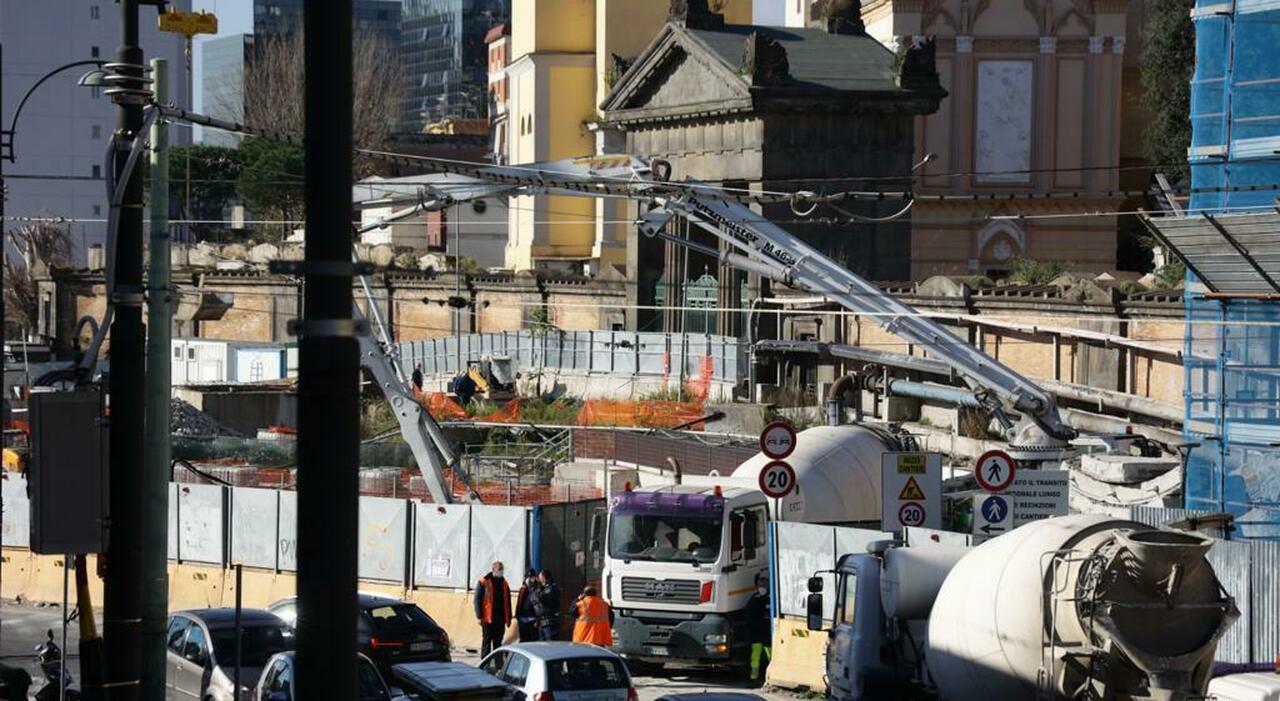 A near tragedy. Not the first and, although difficult to accept, it will not be the last. The hope of the citizens that this city can no longer be associated with the word degradation is increasingly dim. A sacred place, where peace should reign. A place of worship where thousands of citizens go every day to pray and pay homage to their loved ones is today, once again, the scene of a major structural collapse.

Access to the cemetery is prohibited. The areas affected by the subsidence are those hosting the common niches and the noble chapels that have even been buried, suffering extensive damage. The great structure of thearchconfraternity of the Doctors has collapsed. Hundreds of human remains are in the midst of the rubble.

Firefighters and Civil Protection have been at work since 3 this morning for the first surveys and to make sure, first of all, that there were no victims or injured. It will now be necessary to establish the causes of the collapse, estimate the damage and clear the area of ​​rubble. Among the first hypotheses, the subsidence phenomenon, that is the slow and progressive sinking of the soil linked to the exploitation of the aquifers. The phenomenon could be linked to the underground works in the subsoil corresponding to the area affected by the collapses, works that could have emptied those same strata, which helped to keep the soil compact.

Another plausible explanation is that oferosion generated by atmospheric agents, worsened in all probability by the violent rains that have hit Naples and the entire peninsula in recent years. Not least the oblescence of the structures, many of which are old, without maintenance and for this reason in a bad state of conservation. It will now be up to those responsible to investigate and study the causes of this latest catastrophe. At least 200 corpses out of the coffins.

“It is no longer the time for accusations and appeals, which we have continuously launched in recent years along with proposals to redevelop the cemetery complex of Poggioreale. The collapse that has taken place in these hours is a monument to everlasting memory of how neglect and inattention have taken over, on a splendid postcard that faithfully reproduces how Naples treats the common good “. They affirm it Gennaro Tammaro of the homonymous funeral home company and the representatives of the nascent association in charge of the cemetery confraternities of Naples, currently being set up with the aim of protecting the Neapolitan brotherhoods.

«The state of the art is neglect and decay. Years have passed, press releases, reports and requests for ad hoc institutional tables, but even today we must cry out to the miracle that no one was involved in the collapse. We need explanations. Not only on the collapse itself, and what caused it, but on what this administration intends to do to restore dignity to the entire cemetery sector, the structures and buildings, as well as to the organization of the sector itself “, they denounce.

The Department of Cemeteries has also announced that following the collapse, the accesses to users of the Monumental Cemetery will remain closed, thus forbidden to the public. Mortuary police operations inside the Monumental are suspended until Saturday 8 January, day of included. The local police took steps to affix the signs of the seizure of the affected area according to the directives of the PM on duty.