Interview: SPD defense expert Brunner: “Otherwise we will drive Russia into the arms of Beijing” 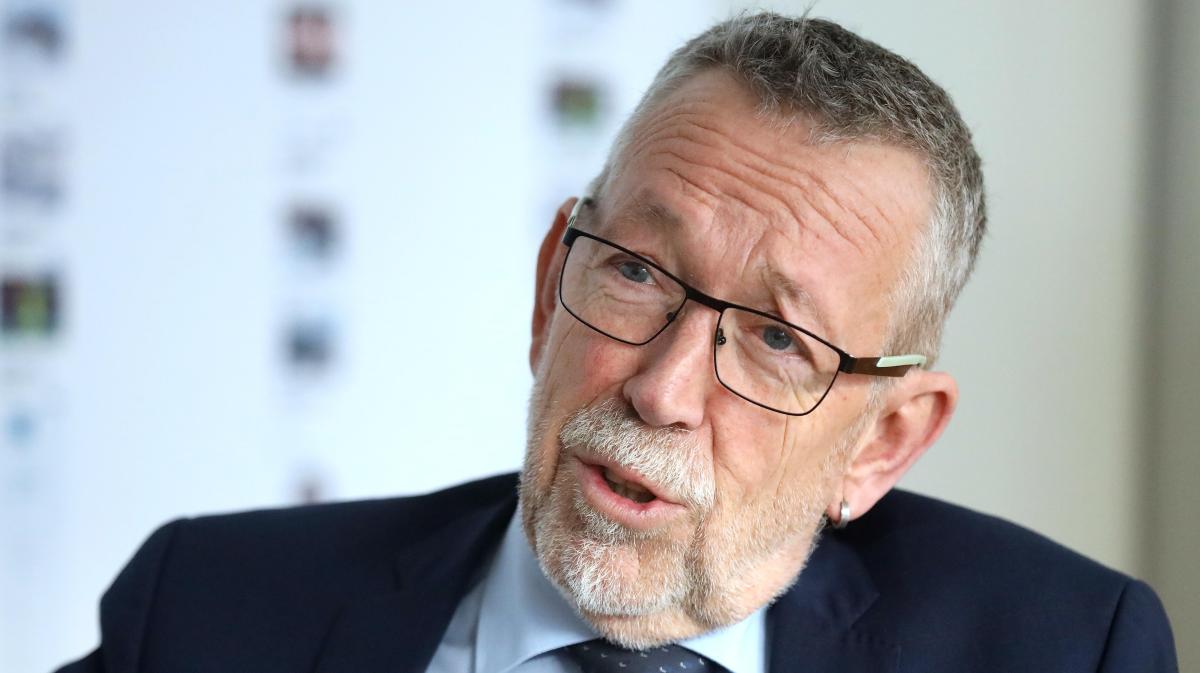 The SPD politician Karl-Heinz Brunner had to take a lot of criticism as the German representative on the NATO-Ukraine Council. But he is convinced that the conflict cannot be solved militarily.

Mr. Brunner, you were a member of the NATO Parliamentary Assembly in Brussels at the NATO-Ukraine Council. The meeting was extremely explosive due to the Russian troop deployment on the Ukrainian border. Germany has recently been sharply attacked by the USA, other NATO partners and Ukraine because, from their point of view, it does not position itself clearly enough against Russian aggression. How badly did the German delegation come under criticism at the meeting?

Karl Heinz Brunner: It wasn’t easy. On the part of USA and also that Ukraine Germany made a clear commitment to adopting the toughest possible stance Russia demanded, which also includes the desire for German arms deliveries to the Ukraine. We Germans have of course confirmed that there is no doubt about our loyalty to the alliance, but also that we believe we can play an important role as mediators in this conflict.

We are convinced that the conflict cannot be solved militarily, but only diplomatically. But that is difficult because a situation has arisen between the West and Russia in which people only talk about each other and no longer with each other. Since the annexation of Crimea by Russia, in violation of international law, there has been a failure to establish a thread of dialogue. That was a huge mistake, which is now taking its toll. After all, the Russian Federation is not Liechtenstein, but the largest country in the world. We have to come to terms with this fact whether we like it or not.

Should the federal government led by your party, the SPD, just accept the Russian threatening gestures?

Brunner: Of course not. But it is a dangerous illusion that the quarrel can be ended with guns. Germany also doesn’t stab its NATO partners in the back when it points this out, after all they know that themselves. It’s important to understand that Russia, despite its size, has little economic leverage or, to put it another way, negotiating leverage. Apart from gas, we shouldn’t constantly question the Nord Stream 2 pipeline project either. Besides, we need the gas urgently. It is clear that we cannot put the tube into operation in the event of a Russian attack. But we shouldn’t talk about an invasion.

Also read about this

Should Germany the Ukraine at least support with arms deliveries?

Brunner: That’s what the US and Ukraine are demanding. Whether weapons that Germany has supplied to the Baltic states in the past should be passed on to Ukraine was a very contentious issue at the meeting. But we are of the opinion, No, that is out of the question for historical reasons and it is also not wise from a security policy point of view. Because if we arm Ukraine, we’ll give the Russians even more arguments for aggression.

So remain against economic sanctions Russia?

Brunner: We should be honest about that too. Economic sanctions or embargoes have not done much in the past and have actually made Russia stronger because they have developed certain sectors of the economy faster and are now less dependent on imports. Nor can it be in our interest to starve the Russian population. Incidentally, that will not work either, not even the Nazis, with all their unscrupulousness, succeeded.

But how should the West then react to the aggression?

Brunner: We must do everything to reintegrate Russia into the international order, to bring it back to the table. To do this, we must first offer economic perspectives. And as utopian as that may sound at the moment: we need a process at the end of which Russia will also have a way into the Then is open. Otherwise we will drive Moscow into the arms of Beijing. That would be the worst possible case.

What would that mean?

Brunner: China is now the most dangerous player on the world stage, possessing tremendous military power and nuclear weapons. Unlike Russia, however, it is also a technological and economic superpower that could disrupt our supply chains and bring our economy to its knees, if only by denying access to its huge market. If such a bloc were to emerge, to which the small but extremely dangerous nuclear power North Korea would then be added, a situation could arise for the West in which the Cold War would seem trivial.

The NATO-Ukraine Council was concerned with the possible accession of the Ukraine to the western alliance Russia want to prevent at all costs. The Ukrainians, on the other hand, hope for protection from Russian aggression. What is the status here?

Brunner: NATO still has to figure that out, it’s going to be a long way. I don’t see such an accession at the moment. On the one hand, there are military and security policy reasons for this. But NATO has another dimension, values ​​such as democracy. Admittedly, there are also deficits among the NATO countries, for example in Turkey. But that is precisely why Ukraine should not also be admitted, because democracy there is not yet as stable as we expect it to be. Using the example of former President Poroshenko. shows that a small group of oligarchs still have an autocratic influence on politics. There is still a lot to do. And that requires strategic patience.

So what next steps do you recommend?

Brunner: A process of talks with Russia must now begin as soon as possible. In my opinion, the Normandy format with Russia, Ukraine, mediated by Germany and France, offers a good framework. We must not bow to Russian threats. But escalation only brings us closer to a military standoff, which I don’t think Russia wants either. So it only helps to talk, talk, talk. We have to create a situation that benefits both sides.

We want to know what you think: The Augsburger Allgemeine is therefore working together with the opinion research institute Civey. Read here what the representative surveys are all about and why you should register.