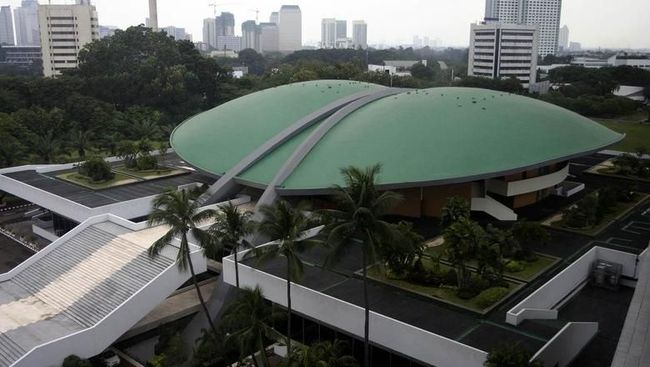 Jakarta, CNBC Indonesia – Members of Commission VI of the DPR RI highlighted a number of issues involving BUMN in recent times, ranging from the implementation of corporate actions to the strategic steps of BUMN which were deemed to require more careful consideration to be carried out.

“IPOs to be able to get interest-free funding are very healthy for the improvement of existing SOEs. But don’t let there be an oligarchy of interests in it, people’s interests are only looking for temporary profits. As we saw yesterday, Mitratel’s high IPO suddenly dropped the next day,” he said. .

Nusron Wahid from the Golkar faction called the Mitratel IPO a failure and was too confident compared to implementation rights issue PT Bank Rakyat Indonesia Tbk (BBRI) some time ago.

“This should be a reflection on the future rather than the future and other IPO plans in the future,” he said on the same occasion.

Nusron said this IPO could be ‘unsuccessful’ because the price offered was too high compared to similar industries. Indeed, previously there had been acquisitions of the same company by foreigners. However, this is different because the acquisition is to become the controlling shareholder, while MTEL only offers 30% of its shares to the public.

“Does it need to be evaluated even though this is one of the IPOs that are considered to be blue chip. I can’t imagine what Waskita’s rights issue will be like because Waskita is definitely worse in book than Mitratel,” he added.

Nusron hopes that this will be a concern in the implementation of corporate actions from other SOEs such as PT ASDP Indonesia Ferry (Persero), PT Semen Indonesia Tbk (SMGR) and PT Pertamina Geothermal Energy (PGE) in the future.

Another thing that was also highlighted was the release of the country’s strategic assets, such as the Kualanamu International Airport some time ago. The airport, which is owned by PT Angkasa Pura 2, is partially owned or transferred to GMR Airports, an Indian-owned company with a joint operation scheme for a concession period of 25 years.

Herman Khaeron from the Democratic Faction said assets with good prospects should not be released to foreigners, but should be managed and developed by themselves.

“Don’t then those who have prospects can become buffer airportby Changi and KLIA [Kuala Lumpur International Airport] then the prospect of income is controlled by their side,” he explained.

Nusron also provided a response to the transaction. However, he considered that it was necessary to emphasize how much the revenue target and the number of passengers in one year could be obtained from the cooperation.

He said, lest the Build Operate Transfer (BOT) scheme promised for this airport repeat the problems that occurred at PT Jakarta International Container Terminal (JICT) which is owned by PT Pelabuhan Indonesia and Hutchison Port.

Meanwhile, Andre Rosiade from the Gerindra Faction touched on the cooperation between companies over the top (OTT) with PT Telkom Indonesia Tbk (TLKM) and its subsidiaries. He assessed that currently the telco industry players feel they are not getting added value of the big investments he made.

“Netflix, Facebook, Youtube, they can sell advertisements, sell to customers. But the Telkom operator does not benefit. This is not giving incentives to Telkom, not being spoiled, but a sense of justice that people are asked to invest trillions per year but the sense of justice must be given to the operators ,” he explained.

According to Andre, it is necessary to provide certainty regarding the rules of cooperation with this OTT so that there is certainty of the benefits that can be obtained by these companies.