Diplomatic tensions: Washington accuses Moscow of placing the world in front of a new Cold War 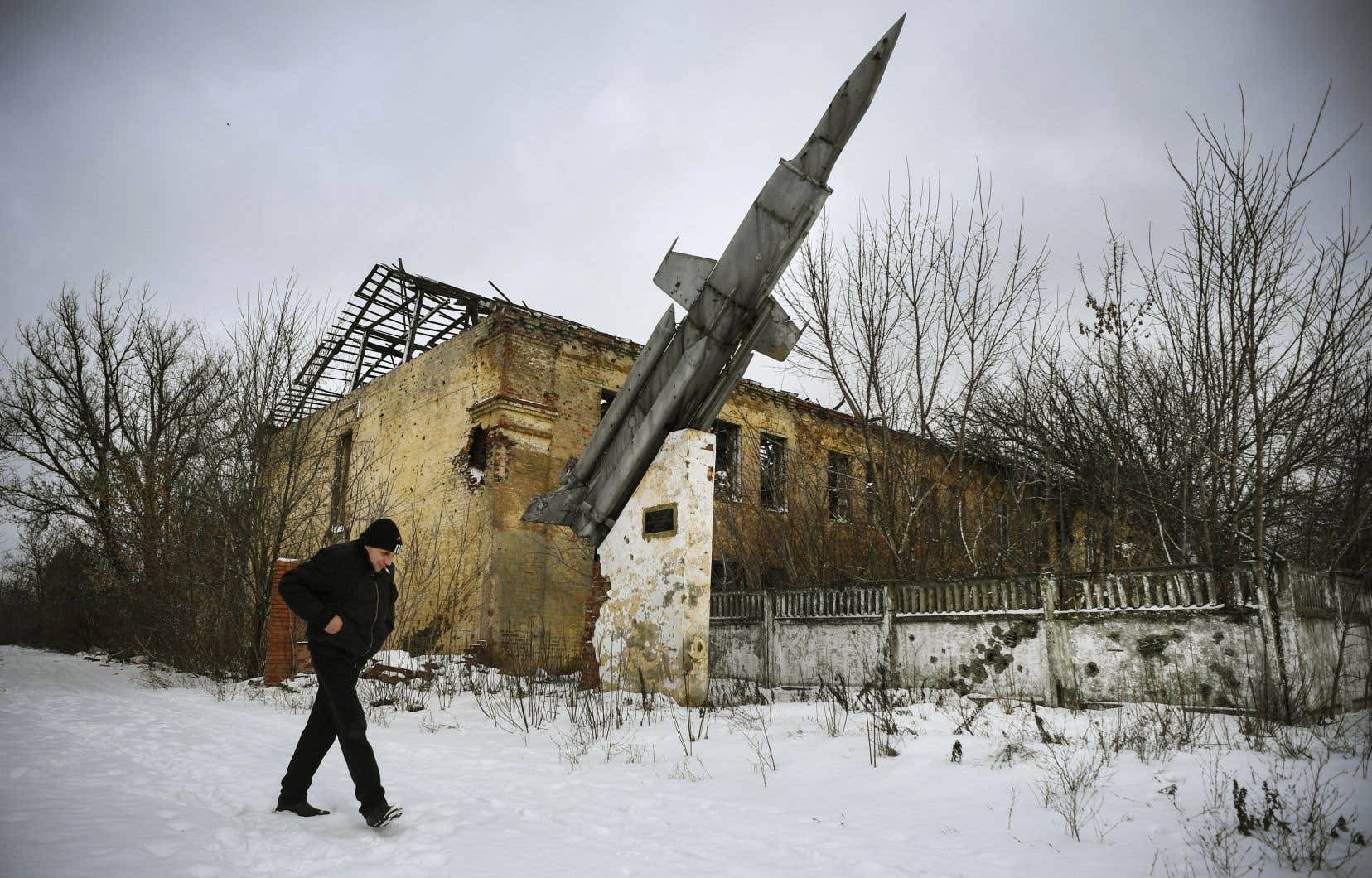 Tough day for hope, Thursday. By adjusting the hands of his symbolic clock, the Bulletin of the Atomic Scientists said from Washington that it was now “100 seconds to midnight” before the apocalypse, due to the many risks that have increased in 2021 for humanity. The “Doomsday Clock”, created in part by Albert Einstein in 1947, was 13 minutes to midnight in 1991, at the end of the Cold War.

Coincidentally, it is the same day that the United States has chosen to denounce once again the prospect, which is getting closer every day, of an invasion of Ukraine by Russia. Washington has indicated in passing that Moscow is thus placing the world in the antechamber of a new cold war.

“Let Russia violate [les] principles [de souveraineté d’un État] with impunity would take us all back to a much more dangerous and unstable time, when [l’Europe] and [Berlin] were divided in two, separated by no man’s land where soldiers are patrolling, with above our heads the threat of total war, ”summarized the head of American diplomacy, Antony Blinken, in a speech delivered Thursday from the German capital, where he was visiting.

On the eve of a scheduled meeting between him and his Russian counterpart, Sergei Lavrov, in Geneva on Friday, tensions driven by the Ukrainian crisis and fears of an increasingly likely Russian invasion did not ease on Thursday. The United States has indeed authorized Baltic countries to ship American-made weapons to Ukraine, but also imposed economic sanctions on four Ukrainians accused of working with the Russian secret service (FSB) to destabilize Ukraine.

Two Ukrainian MPs, Taras Kozak and Oleg Voloshin, are among them. In a statement, the US Treasury said they have been instructed by Moscow to “recruit former and current government officials to prepare to take over the Ukrainian government and control the country’s infrastructure with a Russian military force. ‘occupation’.

“We have decided to send weapons and other aid [à l’Ukraine] in order to deter Russia from any attack,” summed up Lithuanian Defense Minister Arvydas Anusauskas. “History shows us that making concessions to the aggressor eventually leads to a great war. We don’t want that. Any country that defends itself must be given the opportunity to do so,” he added.

Far from calming things down, Russia continued to maintain pressure on the West by announcing on Thursday major naval military maneuvers in the Atlantic, Arctic, Pacific and Mediterranean, where 140 ships from the Russian fleet and 10,000 soldiers will be deployed. The Russian Minister of Defense justified them by speaking of putting into action “naval, air and space forces” to counter the “threats” weighing on his country, from the “seas and oceans”.

Moscow has also planned to conduct joint naval maneuvers with Iran and China, without specifying the date.

This announcement comes as the Kremlin called “destabilizing” the statements of Joe Biden, who on Wednesday warned that a “severe” reaction would follow a military attack on Ukraine.

On Thursday, the American president added to this by speaking of a “severe and coordinated economic response” which he discussed in detail with his allies, he said from Washington. “There should be no doubt: if Putin makes this choice, Russia will pay dearly for it,” insisted the Democrat.

“This is not the only scenario to be prepared for. Russia has a long experience of aggressive measures that are not open military action”, he added, referring to possible “actions carried out by Russian soldiers not wearing Russian uniforms” or cyberattacks.

Remember that the conflict is bogged down on the Russian-Ukrainian border, which has become the focal point of tensions between East and West. The threat of invasion aims to put pressure on the West, from whom Moscow is demanding a treaty banishing any enlargement of NATO to Ukraine, but also to Georgia, another former Soviet republic. Russia is also calling on the Americans and their allies to stop organizing military maneuvers and deployments in Eastern Europe.

The discussions are at an impasse: the Kremlin considers these demands non-negotiable while the White House, like Canada, considers them to be “unacceptable”.

Placed in spite of itself at the heart of this balance of power, Ukraine underlined Thursday that the security of the European continent was not possible without the restoration of the integrity of its territory, annexed in part by Moscow in 2014. occupation of the Ukrainian peninsula of Crimea, Russia has also supported, for almost 10 years, the pro-Russian separatists in the Donbass, in the east of the country.

“I hope that our joint efforts, our talks with the Russian Federation will lead to a de-escalation on the Ukrainian border and Russian guarantees for peace in the Donbass,” Ukrainian President Volodymyr Zelensky said Thursday. .

Earlier on Twitter, Mr. Zelensky also gently took over the American president, who, on Tuesday, aroused controversy by evoking a possible “minor incursion” by Russia into Ukraine, the consequences of which could then be less. “We want to remind the big powers that there are no minor incursions or small nations. Just like there are no minor casualties and small grief from the loss of loved ones,” Mr. Zelensky said.

“I say this as the president of a great power,” he added.

Washington has since clarified the thinking of the White House: “any” crossing of the Ukrainian border by Russia would provoke a “swift and severe” reaction from the United States, assured the American Secretary of State, Antony Blinken, on Thursday. Berlin.

To see in video