You can now play a free demo of Marvel’s Iron Man VR.

Since the release of PlayStation VR in October 2016, Sony has released larger and larger productions exclusively for the headset. The next proof of this is Marvel’s Iron Man VR, which is due to appear on July 3rd.

With VR games, most trailers are not quite as meaningful as it ultimately feels. For the right feeling, it should be played all by yourself. That’s why Sony has now released a demo that you can now download for free.

This is what you can expect in the demo 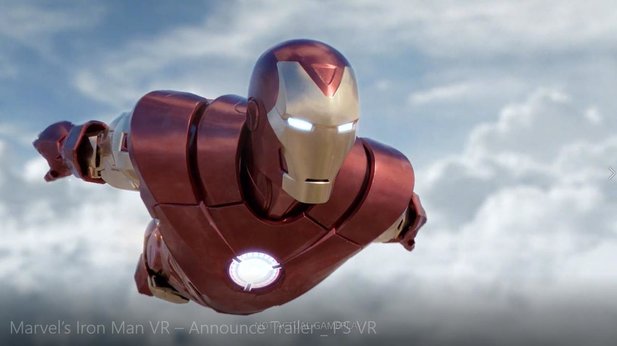 That’s what it’s about: You take on the role of Tony Stark, who saves the world as Iron Man. In the game’s first mission, which you can play in the demo, you are in your private plane that is suddenly attacked by a hacker named Ghost. She stole attack drones from Stark and is now using them against him.

While the plane is crashing, you have to try to keep the attackers out in the Iron Man suit. To do this, you fly through the sky with your push hands, shoot projectiles, repair the aircraft in mini-games and much more. The demo also offers two optional challenges, which is why you can spend almost an hour playing.

If you download the demo, you will receive it as a thank you Melted Lava Armor for the full version.

Basti’s impression of the demo

I really have a lot of experience with VR games and actually never have any problems with motion sickness. Still, I was afraid that Marvel’s Iron Man VR might be too intense for me. Flying at high speeds paired in all directions After the demo I can say that there was no need to worry.

What Sony demonstrated with Blood and Truth last year, they continue with Marvel’s Iron Man VR. Not only does the graphics look good on the standard PS4, the staging is also absolutely successful. I felt fully in the game after just a few minutes and can’t wait to experience the whole story.

However, the controls still took some getting used to, as all the buttons on the Move controller are used and you can do something different with them depending on the context. Because of that, I often missed the point. But after getting used to it, I am sure that it should work without any problems.

Are you going to slip into the role of Iron Man?

109 households in France but no resumption of the epidemic

In its weekly point on Friday, the health agency noted that "109 outbreaks of the epidemic (excluding nursing homes...
Read more

TEFI moved to May 2021 due to coronavirus

Summer in Mara appears in mid-June; free prologue will be released soon

The Summer in Mara game will be available on Nintendo eShop from June 16, 2020. A free prologue will...
Read more

You are now leaving the finanzen.at website and will be redirected to the Onvista Bank website. Please note that...
Read more

Bite and a press release from the club

109 households in France but no resumption of the epidemic

In its weekly point on Friday, the health agency...
Read more

Summer in Mara appears in mid-June; free prologue will be released soon

The Summer in Mara game will be available on...
Read more
Technology

Tomorrow again a great chance of postponement of missile launch

It seems that Western Digital and its Seagate and...
Read more