Work, work, work! There’s Nothing to Relax in Man City 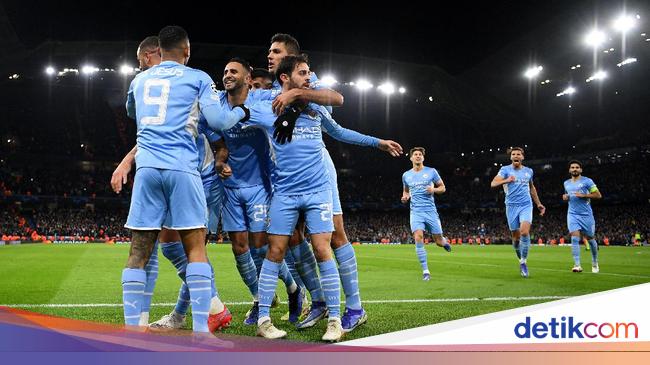 Manchester City have performed well throughout this season, especially since they are already entrenched at the top of the Premier League standings with 56 points from 22 matches. This was obtained after winning 12 in a row.

Pep Guardiola’s men are currently 11 points away from Liverpool as the closest rivals, but still have one game remaining. This long distance makes Man City predicted to be the champion.

Even though the distance is far, Man City continues to field the best squad in every game. Bernardo Silva revealed that every player if they want to get a chance must continue to work hard from training sessions.

“(We need to) keep working and do our best because we have a great squad, a big squad with lots of quality players. You have to prove yourself every day if you want to play (and) if you want to be part of this team and have minutes. ,” said Man City striker Bernardo Silva, quoted from the club’s official website.

“You have to be competitive, you have to do your best on the pitch. Many players want to do their best for the team and hopefully it will be a very interesting second half of the season.”

Bernardo Silva is having his best season with Man City. At first he was a midfielder, moved to a winger, and now sometimes becomes the spearhead.

“I’m happy to do a good job, to help the team. I’m happy with my current form and that’s the most important thing,” said the Portuguese.

“I want to win titles, I want to win the Premier League, try to do well in the Champions League and help this club achieve its goals for the season, that’s the most important thing.”