With Pasteur’s 6, “we are witnessing the muzzling of teachers”

The administrative court of Montreuil has just validated the imposed transfers of six teachers from the elementary school Pasteur, in Saint-Denis, classified REP +. The day before, during a rally in front of the administrative court of Montreuil, their supporters had denounced a “put in step” worrying, bearing witness to the influence of the extreme right. And alerted to the multiplication to be feared of this type of procedure.

The administrative court of Montreuil has just rejected the request for interim relief from six teachers from the Pasteur school, in Saint-Denis (93). They protested against their transfers imposed by the Directorate of Departmental Services of National Education of 93, and the rector of Créteil. On April 22, the nicknamed « 6 of Pastor » had received an email indicating their transfer to other establishments in the department. And this, from the Monday of the start of the school year, May 9.

That day, their lawyer, Arié Alimi had admitted that there was “little chance of winning” this summary procedure, which is difficult to carry out. A few hundred people were then gathered in front of the administrative court of Montreuil. Among them, the six teachers (five women and one man) did not wish to speak. All of them had tense, tired faces; no doubt concentrated, too, on the audience that was about to open.

It all started with a conflict situation with the former director of the Pasteur school, who remained in office until January 2022, with which the dysfunctions multiplied. The team of 19 teachers had made dozens of reports to their administrative authority, before each exercising their right of withdrawal for serious and imminent danger.

An administrative investigation was then launched, as required by law. It was led by the rectorate of the Créteil academy. However, according to the teachers and their supporters, this investigation was dependent. She concluded to automatic transfers, which were to be effective this Monday, May 9. “We are witnessing the muzzling and bringing to heel of the teaching staff”, says Marie-Hélène Plard, departmental secretary of SNUIPP-FSU. In a mediapart articleshe explained that the Pasteur school was already “In the sights of the administration because it stupidly refuses to apply Blanquer’s directives, in particular the national evaluations at CP”.

For Arié Alimi, teachers’ lawyer, several fundamental freedoms are trampled on by these transfer procedures. “Freedom of education is hampered. Freedom of association is hampered”, he hammers into the microphone, in front of the small crowd gathered on May 9. Mutations are experienced as “sanctions, which can be described as personal, politically and ideologically oriented”he adds.

« The extreme right out of our schools! »

The teachers’ lawyer asks that their names and photos not be released. The latter fear, among other things, to be identified by far-right activists. And for good reason: an article in the magazine Incorrecte, entitled “Leftism at school, the level is rising”, set fire to the powder. The article criticizes the French public school “corrupted by far-left trade unionism”. It takes up the testimony of a certain “Héloïse”, whom the entire teaching team identifies as the former director. In the Mediapart survey, César Landron, departmental secretary of SNUDI-FO and spokesperson for the director in question, confirms that she spoke well with this media.

In video published by the Incorrect, the author of the article explains that “Sud Education 93, these are the black blocks of education”and defends the reforms of Jean-Michel Blanquer. « We let the public school be run by terrorists”he blurts out again, before a montage of slow-motion images of demonstrators holding smoke bombs appears.

“The administration relied on the defamatory remarks of the far-right press”, explains Marie-Hélène Plard SNUIPP-FSU. In the files of the administrative inquiry, she “even takes up the elements of language”, she also says. She quotes a passage, for example: « the self-management system that has gradually taken hold has led the Pasteur school to no longer be a school of the Republic”.

“There is an intolerable collusion with the extreme right. With the most groupuscular, most vehement far-right press…”abounds Jules Siran of Sud Education. “The extreme right, out of our schools! », he shouts to the crowd. Asked to find out more about its position and what teachers are accused of, the rectorate of Créteil has not yet responded to our requests.

“The politicization of this affair is not the fact of the teachers, but that of this director”concludes Arié Alimi for his part. “It is also a fight against fascism that is in question”.

To Pastor, we saw our children as we had rarely seen them: proud of themselves »

Since the former director left in January, everyone has ensured that the balance is being found. The announcement of the transfer, which fell in April, therefore caused a shock wave. Since then, many parents of students, and the students themselves, are mobilizing to express their anger and their incomprehension.

Mounir, a father whose children have been attending this REP+ classified school for eight years, is one of the most active in supporting the teaching team. “Thanks to the projects set up by these teachers, we saw our children as we had rarely seen them: proud of themselves. They were valued, put in a situation of intelligence…” “ It’s true ! It’s true ! enthused a mother from behind the crowd.

Despite their requests, the parents of Pasteur school students have never been received by the administration. « What interest is defended today? In any case, not ours”, slice Mounir. This story “also concerns the best interests of children, who will suffer from the violent departure of teachers”, believes Arie Alimi. Several of them also came to the rally. Glued to their parents, they listen wisely to the speeches. Some even wear a T-shirt displaying their support for the “6 de Pasteur”.

Marie, a student’s mother, deplores the destruction of a strong bond of trust of several years between the school and the neighborhood. Today, “our children are in bad shape”she breathes. “Between those who haven’t slept all night, and those who tell us: ‘we talked about it among friends, if we have a replacement, we won’t work anymore!“…»

A taste of the next five years

It is also an issue of quality of public services for disadvantaged populations that arises. “The interest of public schools for our working-class neighborhoods is driven by these teachers. They are good for this neighborhood! », insists Mounir. The deputies of Seine-Saint-Denis Éric Coquerel and Sabine Rubin (LFI), as well as Stéphane Peu (PCF), are present to carry this message.

“We don’t yet know the name of our new minister, if he changes – and we hope so. But we already know the first victims of the repression anti-union, and it’s Pasteur’s 6″, insists Jules Siran, of Sud Education. In his view, this struggle must become a “emblem” against attacks from teachers and union members.

If these repressions are not new, according to him we are witnessing a “brutality that takes on a new institutional form ». Namely, the transfer of office. The automatic transfer, created by the 2019 public life transformation law, is carried out without going through joint commissions. Since then, « we are in the act of the prince. The most complete arbiter »he warns. 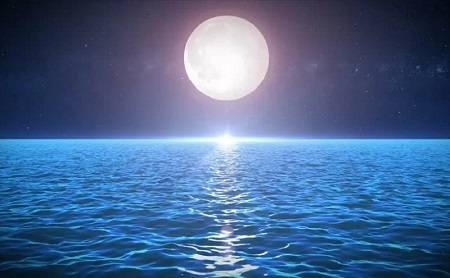