What Zegna is up to on Wall Street 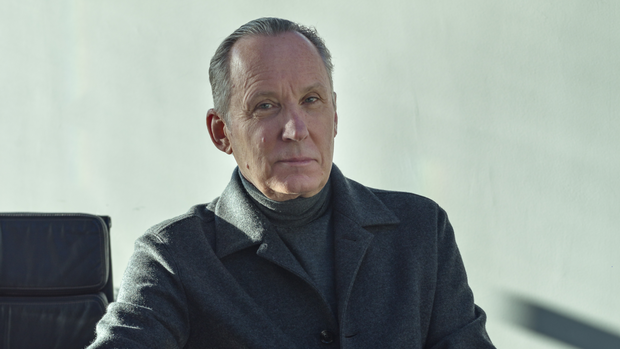 Rom He’s just proud, says Ermenegildo Zegna. “Proud as Italians to carry our little flag on Wall Street.” Today, Monday, the 66-year-old will ring the bell of the stock exchange in New York – and will open a whole new chapter for his fashion company. The share with the symbol “ZGN” will then be listed on the US stock exchange, as the first Italian fashion label. After the car manufacturer Ferrari, it is only the second American IPO “made in Italy” at all.

For Zegna, nicknamed “Gildo”, a long-cherished dream has come true. As early as the 1980s, when he was studying at Harvard Business School, he was driven by the idea of ​​bringing his grandfather’s company to the United States. For him, the country has always been a “market of freedoms and opportunities, where everyone can express themselves and take risks,” says Zegna, who reported on Saturday morning via video link from Manhattan. It is seven o’clock local time when he takes a seat in his armchair in the flagship store in dark blue thread, not far from Central Park.

Zegna looks satisfied, relaxed. The path to the IPO was anything but easy, more like “a marathon”. In July he announced that he wanted to go to Wall Street via a Spac from the British private equity firm Investindustrial. The British receive around 13 percent of Zegna through the financial vehicle, the family only holds 66 percent, the rest is freely traded. When hackers attacked the fashion group from Piedmont in August, the schedule threatened to collapse. “We lost two to three weeks as a result,” says Zegna.

The stock market deal is expected to bring the company a valuation of $ 3.1 billion, and market capitalization could initially be $ 2.4 billion. The company is expected to get around $ 760 million in new funding. With this, Zegna wants to continue growing organically, invest more money in digitization, and strengthen new business areas.

Zegna believes that she has found the right partner in Investindustrial and its founder Andrea Bonomi. “Andrea is someone who knows the American market, but also our company.”

The label is reinventing itself

As early as 2018, Zegna took a big step in the USA: He took over the majority of the Thom Browne fashion brand. “That was intuition back then, a gut decision,” says Zegna. Within three years they doubled the sales of the label, which appeals to a much younger audience – and in contrast to the pure men’s outfitter Zegna also offers women’s fashion. Both brands would benefit, the integration “went like a dream”. Thom Browne now also offers his customers tailor-made pieces, a business that has always been part of Zegna’s DNA.

In 2020, the group’s business collapsed by around 20 percent, as was the case in almost the entire fashion market due to the corona. Zegna had to cut costs by 100 million euros. The past two years have been “the toughest of my career” for him. Instead of luxury suits, the company suddenly produced corona coats for the Italian civil defense. But Zegna, who operates 284 of its own stores worldwide, recovered quickly. In the first half of 2021, sales rose by almost 50 percent to 603 million euros, the profit was 32 million euros, the company is debt-free, and new employees have been hired. This is also due to the fact that the label has just reinvented itself.

The name Ermenegildo disappeared during the rebranding. The two subsidiary brands Z Zegna, younger and cheaper, as well as Couture, very closely linked to the fashion shows, are now all merging into a single brand: Zegna. And it will be much broader in the future. A new outdoor line has just been presented, and the luxury sportswear segment is also set to grow. The tailor-made suit will remain – but the leisure look will be much more important in the future.

With clever acquisitions in textile production, Zegna also has a unique asset up its sleeve: “We have practically created an integrated supply chain from the sheep to the shop,” explains Zegna. The luxury machinery, which even includes its own herds of thousands of merino sheep, has long been supplying the other global brands as well. Gucci, Prada and Chanel, they are all his customers.

Zegna’s son, who is responsible for marketing, digital affairs and sustainability on the board, drove the latest renovation. “Edoardo was the driving force behind the rebranding and digitization,” emphasizes Zegna. He wants to expand the digital sales model even more and make the “virtual boutique” model even easier and more interesting for customers via video chat.

During the pandemic, more than 50 percent of sales in the United States were made through the Zegna digital platform. “Digitization enables us not to have a store in every city, but still to attract new customers.” Zegna believes that the customer database will become “one of the company’s most important assets” in the future.

To become a large luxury conglomerate – that was already ruled out by Zegna in the summer. But of course they would always look for potential takeover candidates. Especially with the fresh money in your pocket. “We expect great things from Zegna,” said Investindustrial founder Bonomi when he joined the Handelsblatt interview. He sees the investment as “long-term and based on partnership”. He admires how Zegna drove globalization. “Gildo was one of the first to bring his company to China.” That was in 1991. Bonomi sees men’s fashion as a clear growth business – after many years of stagnation.

“A woman always finds something when she walks into a shop,” says Zegna. A man often finds little – or only one thing. “We want to change that, the men’s fashion world is becoming more and more feminine today, there are many more accessories, new products.” Men should not only deal with “watches, sports and cars”.

Zegna himself continues to deal with his company for the time being. He will remain CEO, at least for a few more years, that’s what Bonomi asked him to do. “I originally set myself the goal of being the oldest in the company at the age of 70.” But that happened five years ago when he was 61. “I’m the oldest guy on the block,” says Zegna and laughs. But the generation change has long since taken place: three representatives of the fourth generation are already well established in the company. “Today we have a winning team that can become world champions in any sport,” says Zegna with certainty. “And I am the trainer.”

More: The secretive company behind “House of Gucci”: How is the luxury company doing?