What you can expect in the next few years 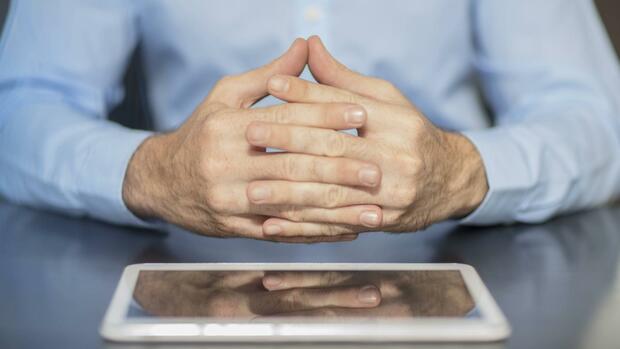 Munich The corona crisis has fundamentally changed the relationship between customers and their insurers. Because personal contact with the agent was not possible for a long time, customers of some providers used the digital access up to 20 percent more often than before. The industry association GDV recently counted 32 million active customer accesses that are used online or via app.

Insured persons often found themselves undecided between an expandable service, inexperienced advisors and unused apps. But gradually the possibilities are getting better to inform yourself and thus avoid excessive costs. What interested parties should pay attention to.

The new reality began abruptly: When direct consultations were suddenly no longer possible during the first lockdown, insurance agents first sought contact with their customers using the channels that remained: telephone, email or the good old post. The result: many customers felt they were not properly informed. Providers such as Swiss Lifewho, even before the crisis, relied on online advice, including with the help of video conferences.

Experience has shown that many customers have come to appreciate what is known as a “hybrid” advisory model: They obtain information online and offline and only then meet a personal adviser. Customers act more independently, determine their own risk profile and try to avoid unnecessary protection and excessive costs.

Driven by the corona crisis, insurers are now increasingly aligning their sales channels to this customer class and creating so-called fluid systems that enable the interaction between the stationary and online world. The Düsseldorf insurer Ergo even created its own board department for the hybrid customer at the end of 2019. At Allianz, they expect customers to become more independent – in the medium term, up to 70 percent of them can find out more online before a consultant interview.

It is true that in the corona year insurers advertised numerous product innovations for customers. But very little is really new: of the 161 insurers whose products were last examined by the German Institute for Service Quality (DISQ), only 19 received awards.

These providers were able to set themselves apart from what was previously available on the market in terms of both their innovative strength and their benefits. For example, an electric car insurance with the insurer Verti was noticed or a reputational legal protection with the provider Roland.

But a look abroad shows what should also be standard in Germany in a few years’ time: Anyone who has a car accident in the Benelux countries, Scandinavia or in the USA, for example, can see how far the repair process is, whether parts are ordered and on the way and how long it will take before he can pick up the car.

The processes between the insurer and the workshop are linked there. Tracking, as many people already know when shipping parcels, is considered part of customer friendliness. The customer will never have “fun” with his insurance, says management consultant Dirk Schmidt-Gallas from Simon-Kucher. However, through targeted service, the relationship with the customer becomes closer.

There is also a wide gap between claims and reality when it comes to services relating to policies. The German Institute for Service Quality has just found this again when it comes to old-age provision. According to this, the hotline employees score points with their specialist knowledge and good communication skills, but often do not give comprehensive advice.

The mail service of the 30 tested insurers was rated even more disappointing. Accordingly, 44 percent of the inquiries were not answered in the test period. Anyone who received a response nonetheless only received a full answer in one fifth of the cases. “The insurers only offer sufficient advice and service quality on the phone, by e-mail and on the Internet,” write the DISQ experts.

After all, the providers are trying to remedy the situation. For example, the tariff calculators are being reworked, so computers on the Internet should no longer be bursting with technical terms, details on terms and conditions or damage classes, but should be more understandable. However, one problem remains: How can complex and often tricky issues be presented in such a way that, on the one hand, they are legally watertight and, on the other hand, can also be understood by the layman?

Many insurance companies also have deficits when it comes to “paying”: “A direct debit mandate is still the standard,” says Jan-Frederik Jakubek, digitization expert at Simon-Kucher.

Digital payment methods, for example via the online payment service PayPal, are rare. The insurers at least admit this weakness: According to the industry association GDV, alternative payment methods are among the most important digitization topics in the industry. This also applies to the so-called identity management with which customers log into their user account.

Experts commonly speak of “forced, derived and awakened” interest in insurance. The first case mainly includes compulsory insurance such as that for the car. Derived insurances are taken out via another product, for example travel cancellation insurance with the holiday booking. The supreme discipline is the sale of products in the third category, life, occupational disability or private health insurance. These usually have to be actively sold.

In the case of forced insurance, the trend due to the pandemic is increasingly moving towards so-called aggregators, i.e. comparison portals such as Check24 or Verivox .. Here you can get a result after a few questions. For most customers, the decisive factor is the price anyway. In the opinion of advisor Schmidt-Gallas, this trend is likely to continue, albeit not as excessive as in other countries such as Great Britain. In Germany, the insurer’s brand plays a major role for customers, he says.

The business with derived products has plummeted. Where it is not possible to travel, book a rental car or need breakdown assistance, fewer contracts are concluded. But with easing, business should pick up again. In addition, the providers are always creating new products for smartphones, e-bikes and drones.

Even where interest had to be aroused, customers held back. They only took out around 4.5 million new life insurance policies in the 2020 corona year, over eleven percent less than in 2019. Here, insured persons should be prepared for increased contact with providers via social media, WhatsApp and similar messenger services.

The insurer’s application software for smartphones and other mobile devices, called applications or apps, has received little attention so far: “Tons of unused apps” from insurers are stewing in the app stores, notes advisor Jakubek.

Among the German top 100 free finance apps for the iPhone there are only three from the insurance sector. For comparison: There are 22 apps around cryptocurrencies and Bitcoin.

The digital insurance broker Clark is relatively far ahead in 27th place. Signal-Iduna is in 79th place, followed by LVM Versicherung. Well-known names such as Allianz, HDI or Huk are missing from the top 100. But those who make it into the ranking also get good ratings from customers: Clark received 4.3 out of five possible stars, 4.6 for Signal-Iduna and 4.4 for LVM.

At most, there is talk of so-called super apps based on the WeChat model from China. The app, which was created as a messenger service, is now an indispensable companion for many millions of Chinese, as the service can be used to order taxis and groceries, book restaurants and doctor’s appointments, and even look for a job. Financial services are an additional element.

“A super app like in China is not conceivable here, at least according to the current status,” says Jakubek. After all, some ideas go in this direction: The American payment service Paypal announced its vision of financial services, e-commerce and social networks a few days ago. In Germany PayPal is already number one.