What did Mahmoud Al-Khatib say to Al-Ahly players in the first training session after the Zamalek trilogy? 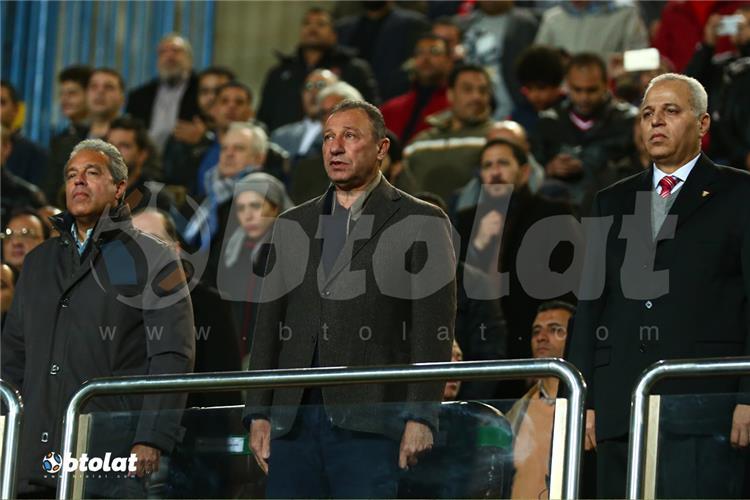 Keen Mahmoud Al-Khatib, Chairman of the Club Ahly, To hold a frank session with the players of the first football team, in the presence of the Planning Committee, before the start of the group exercise, which was held this evening at the touch stadium at the island’s headquarters.

Al-Ahly were defeated by Zamalek With three goals to one goal, at the 120th summit that brought them together yesterday, Saturday, in the twenty-first round of the Egyptian Premier League competition, at Cairo Stadium.

In his interview with the team’s players, Al-Khatib stressed the need to appreciate the anger of Al-Ahly fans, to have a positive reaction as soon as possible, to correct mistakes and return to the path of victories, to successfully complete the local journey in the league, and to prepare with the utmost seriousness for the two matches of Wydad in the Moroccan Champions League semi-finals. .

In his speech, the club president stressed that Al-Ahly players have a great responsibility towards their club and their fans, especially that the club supports the team system to achieve the dreams and aspirations of all Al-Ahlya.

See also .. He directed it to 4 players … Medhat Shalaby explains the sentence he repeated in his comment on the Al-Ahly and Zamalek match.

Meanwhile, Mahmoud Al-Khatib held a session this afternoon with René Fyler, Al-Ahly’s technical director, and Sayed Abdel Hafeez, director of football, in the presence of the Planning Committee, to find out about many matters related to the current and upcoming stages, and to confirm the club’s confidence in the technical staff and players, and return quickly To the path of victories, especially since Al-Ahly faces strong confrontations, whether at the local or continental level.

Al-Khatib and the Football Planning Committee were keen to discuss many matters related to the football team and its links in the coming period, with an emphasis on the need to turn the page of the summit meeting and prepare strongly for the current period, and the challenges that await the team at the local and continental levels in the local and African championships.