Washington refuses to open a consulate in occupied Western Sahara. 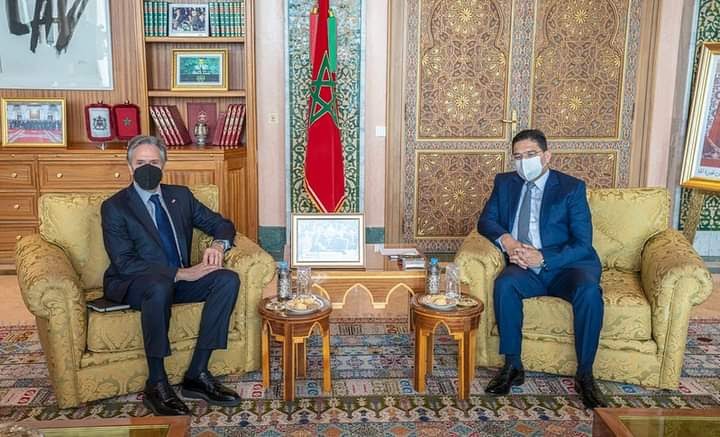 Madrid (ECS). – The American newspaper The New York Times revealed on Thursday that the Moroccan regime failed to persuade US Secretary of State Anthony Blinken to open a US consulate in the occupied city of Dakhla.
The North American newspaper He said that Arab leaders, during their meetings with Secretary of State Anthony J. Blinken on the sidelines of the Negev summit, asked the Biden administration to open a US consulate in Western Sahara.

Blinken has meticulously avoided any public commitment about when, if any, such diplomatic missions or whether they might become a reality.

The New York Times He stressed that a decision is required from President Joe Biden on whether to adhere to the dramatic foreign policy changes made by the Trump administration, or reverse them and face a diplomatic and political backlash from Washington’s old allies.

The newspaper revealed that the Biden administration did not mention Western Sahara and Palestine in the spending plan for the year 2023 for the construction, maintenance and security of embassies and diplomatic missions, which calls into question the intention of the US administration to open the consulate before the end of next year.