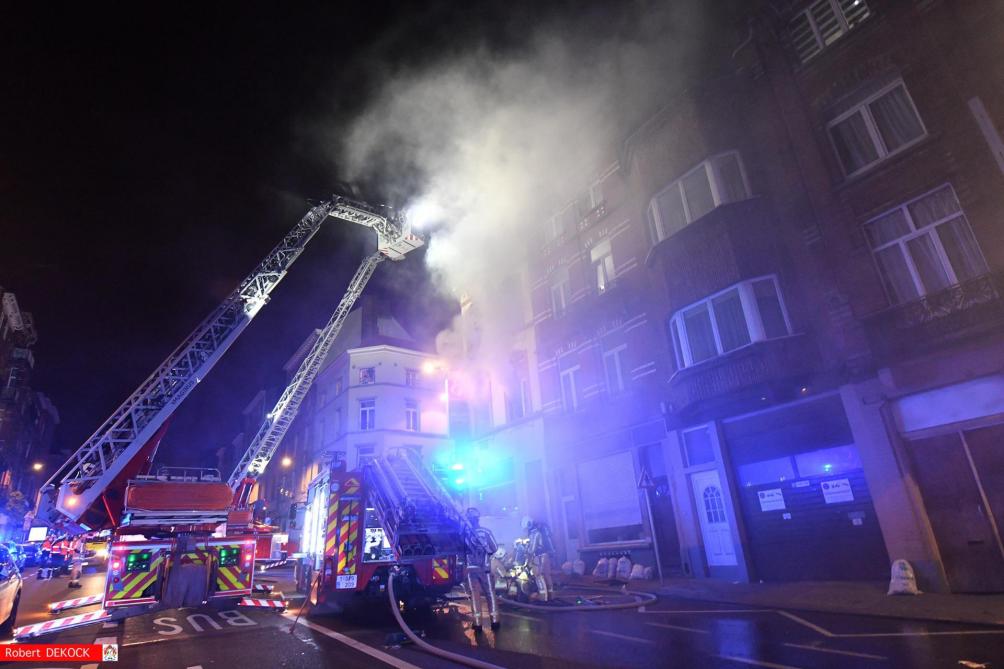 
UA huge fire raged, the night from Friday to Saturday, in an apartment building located on the Chaussée de Louvain in Brussels. Eleven people inhaled smoke and five of them had to be hospitalized, report the Brussels firefighters.

The fire broke out around 12:30 am in the laundry room on the ground floor of the building. When the emergency services arrived on the spot, they noticed the importance of the hearth but also the considerable release of smoke. About ten residents, who were at their windows, were evacuated by firefighters using aerial ladders.

“The medical intervention plan has been declared and we have opened a care station in a restaurant across the street,” said firefighter spokesman Walter Derieuw. “Eleven occupants had inhaled smoke. Six of them were treated on site, the other five had to be taken to hospital. “