VfB Stuttgart at SC Freiburg: This is what Nico Schlotterbeck says about the interest of VfB – VfB Stuttgart 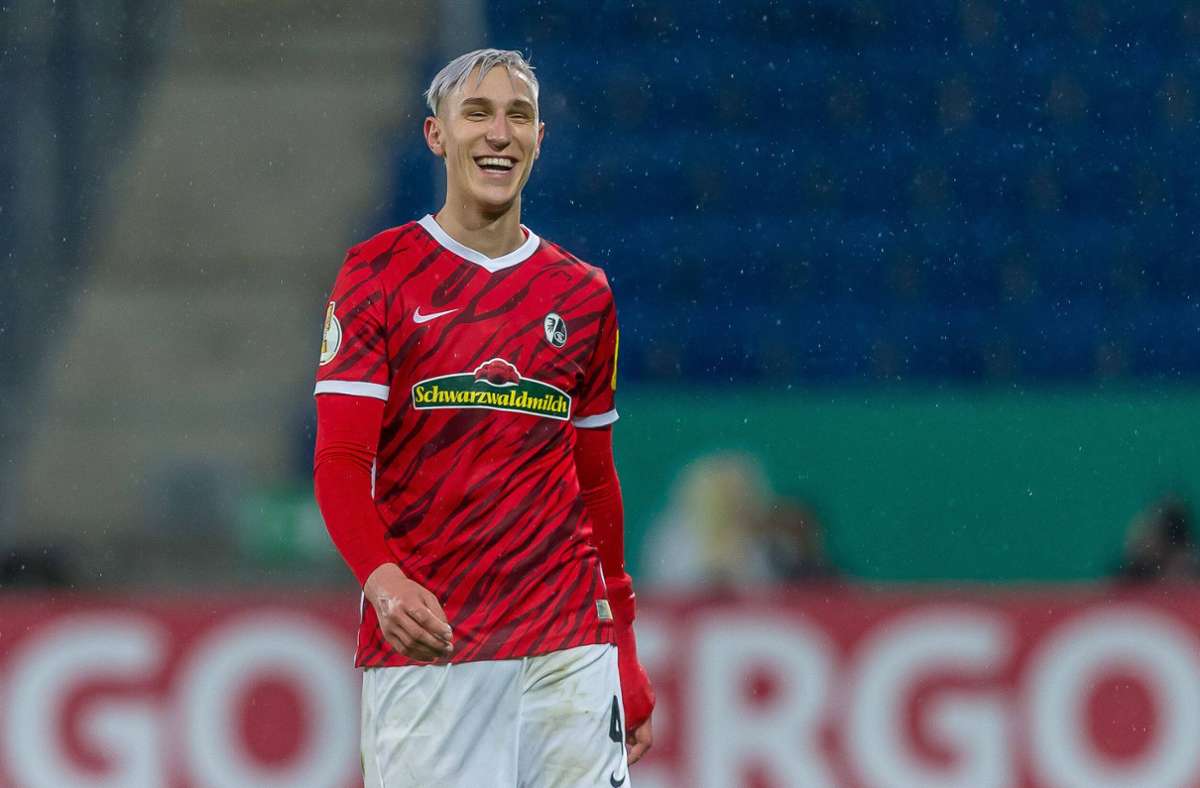 Not long ago, VfB sporting director Sven Mislintat wanted to sign central defender Nico Schlotterbeck from SC Freiburg. Before the state duel, Schlotterbeck talks about it.

Stuttgart/Freiburg – Nico Schlotterbeck, central defender at SC Freiburg, has not ruled out staying in Breisgau beyond the summer. “It’s very possible that there’s nowhere to go and I’ll stay in Freiburg,” Schlotterbeck told our newspaper before the state duel against VfB Stuttgart this Saturday (3:30 p.m.) and added, when asked about a possible interest from FC Bayern and Borussia Dortmund: “I have to see what the next step is for me – and it’s anything but impossible that I’ll take it at SC.”

The defender has a contract with SC until 2023, Freiburg could only generate a fee if it were sold in the summer. What will happen in the summer and how it will all be handled, Schlotterbeck went on to say, “we can’t all know that yet. But it was not without reason that I signed a long-term contract with SC.” A possible contract extension at SC Freiburg is therefore not ruled out either.

Read from our offer: When VfB landed their first Bundesliga victory in Freiburg

Before the game against VfB, Schlotterbeck confirmed Stuttgart’s interest and talks with VfB officials last summer: “Yes, we were in contact,” said the national player: “But I decided very quickly that I would stay in Freiburg. Because coach Christian Streich wanted to talk to me early on and everyone in charge of the SC signaled to me that they were planning to have me as a regular after my loan year at Union Berlin. A change was never up for debate in the summer. And looking back, that was the right step.”

Read from our offer: When the VfB pros had to climb the hill in Titisee-Neustadt

Schlotterbeck also commented on his ambitions in the DFB-Elf under national coach Hansi Flick: “Hansi Flick expects me to remain courageous,” says the central defender: “It also distinguishes me that I act a lot in the game structure – he told me that I can do more there because I sometimes rest a bit there.” Flick, Schlotterbeck continues, “knows what he gets from me – I hope that I will continue to be invited if I’ll play like I did in the first half of the season.”