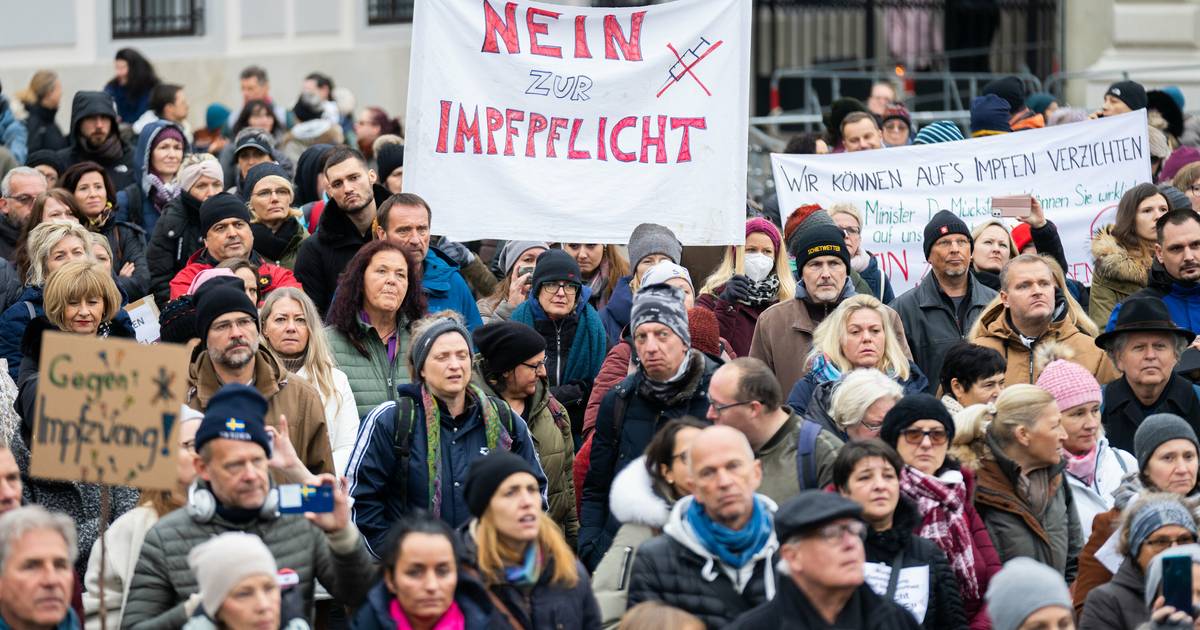 Do we need a general vaccination requirement? The Aachen medical ethicist Dominik Groß rejects them. A consistent 2G regulation would achieve a lot.

The debate about a possible general compulsory vaccination is in full swing. We talked about it with the renowned Aachen philosopher and medicine professor Dominik Groß. He is the director of the Institute for the History, Theory and Ethics of Medicine at the RWTH Aachen University Hospital.

Mr. Groß, how should we position ourselves? 2G? 3G? Is it mandatory for everyone or only to a limited extent?

The expert is a member of the Leopoldina

The expert Dominik Groß studied human medicine, dentistry, history and philosophy. He taught in Würzburg, Ulm and Regensburg. Since 2005 he has been a full professor in Aachen, where he teaches the history, theory and ethics of medicine.

Prices Groß has been awarded numerous prizes for his work. Among other things, he is a member of the Leopoldina.

Big I am in favor of 2G across the board and for compulsory vaccination for members of the health professions and for all those who have to look after those in need of care and patients. Otherwise, 3G makes sense in the workplace.

So no general compulsory vaccination for the general population?

Big First of all, it is taking far too long to be implemented. The process is complex. It is also legally and ethically controversial. It also brings extreme social explosives and plays into the hands of conspiracy theorists. They then feel confirmed in their image of an authoritarian “state in authority”. For these reasons, a general compulsory vaccination would not solve our problem, but first of all deepen the rifts and lead to escalations. However, it can be expected of people in the health care system, because they have a special professional responsibility for the well-being of their patients and those in need of care – they can and must be measured by this, and they must be fair. It can also be implemented more quickly there.

Are the measures you favor not just for the moment? Don’t we need a long-term option? Is it through a general compulsory vaccination?

Big A general compulsory vaccination is not something that can be crammed through like a lockdown, for example. The vaccine skeptics will not suddenly queue up to get vaccinated. That will create resistance, there will be distortions. And in a few months we should have herd immunity anyway. We will also achieve this by the fact that many people who have not been vaccinated will become infected. But since a general compulsory vaccination could neither be implemented quickly nor smoothly, it does not bring us much at this point – except for deeper rifts.

The mood in the population for a general vaccination does not seem to be entirely negative.

Big The population usually reacts to current events from the moment. Now the situation is bad, so understandably far-reaching demands are made, because they are hoping for a quick remedy – and because they are outraged by the vaccine skeptics. As soon as the situation relaxes a bit, the demands change again. People shift down a gear again and turn their gaze back to other things.

So you consider a general compulsory vaccination to be completely ruled out?

Big In any case, it is particularly required to give reasons. A special justification would be an emergency, and that is definitely becoming apparent at the moment. But if this emergency no longer exists and the numbers decline again, the criticism of a general vaccination requirement will increase significantly again. However, a general vaccination requirement is not something that can be ordered and abolished again in the short term, but a very fundamental step. That is a big difference to a temporary lockdown or a tightening of the G-rules.

Are there no analogies to other diseases for which vaccination has long been compulsory?

Big Not really, especially since the vaccination against the coronavirus does not generate “sterile immunity” – at least that is what the previous studies suggest. That means: Fortunately, vaccinated people rarely get seriously ill, but they can still get infected and also infect others. This is different from the measles vaccination, for example.

Why do we as an enlightened country do not have a convincing vaccination rate?

Big Among other things, because we, as a formerly divided country in the area of ​​the former GDR, register a lower willingness to vaccinate than in western Germany.

There was once a compulsory vaccination that was not discussed.

Big Yes, but the GDR was not a free state either. In the eastern federal states there is a greater distrust of the state, what it recommends, prescribes or declares to be right. This is the case in many (formerly) communist states. You just have to look at Russia. In large parts of Eastern Europe, vaccination rates are low. The consistently poorer quota in eastern Germany naturally also affects our overall vaccination quota.

But the quota in the east doesn’t explain everything.

Big It’s correct. It is also due to the fact that we in Germany traditionally place very high value on freedom and personal rights. We also find it particularly difficult to be willing to donate organs. This can be seen, for example, in the fact that we are sticking to the consent solution – and not allowing the contradicting solution that many European neighbors have and that leads to higher organ donation numbers. Many fellow citizens want to keep the decision about their body and health in their hands – and that also applies to the willingness to be injected with a vaccine dose.

In other countries it looks very different.

Big Yes, for example in Scandinavia: We have high vaccination rates there. There, many people see themselves really represented in their governments and trust their recommendations, also on health issues. It’s a little different with us. As a society, however, we also had experiences with the totalitarian “Third Reich” that shaped us. In any case, individualism plays an important role in Germany today.

Unfortunately, these individualists have a very close relationship with vaccine opponents.

Big Exactly. Incidentally, this has a historical tradition in Württemberg and Saxony. Stuttgart and Dresden, for example, were European centers of anti-vaccination before.

Can you convince these people?

Big Perhaps not convincing, but making people give in. Consistent 2G in public space is probably the best way to do this. If you are consistently excluded from public life, from the regulars’ table, from sport, you start to brood. This is really tough in everyday life – and 2G is also quicker to implement and ethically easier to justify than a general vaccination requirement.