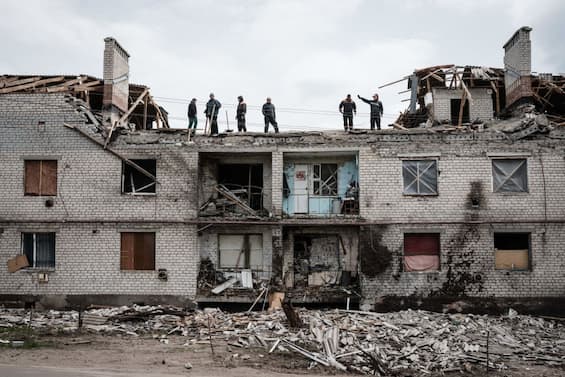 Ukraine, senator in Kiev for child to adopt and brings 61

He had gone to Kiev for Anastasia, the child he wanted to adopt; he returned to Sicily with 61 Ukrainian children, some orphans, others abandoned by their parents, aged between 5 and 10. Since last Wednesday they have all been in Sicily, guests of structures located in Trapani, Catania and Modica. All this was possible thanks to Vincenzo Maurizio Sant’Angelo, senator of the M5S, who three years ago, in the utmost confidentiality, in agreement with his wife and two children aged 12 and 16, decided to adopt a girl from Ukraine, a country which does not adhere to the Hague Convention, making the adoption process complicated, also slowed down by the pandemic. When, for the second time, Sant’Angelo goes to Kiev, together with Anastasia he discovers there are 60 other children in the same conditions. He also discovers that in the transfer of a group of minors between Mariupol and Zaporizhia, traces of 10 children are lost. It is at that point that Sant’Angelo talks to his parliamentary colleagues and decides to activate diplomatic channels to bring the 61 minors to Italy. All this takes place in collaboration with the Farnesina, the Ministry of the Family of Ukraine, the Pope John XXIII association, Italian and Ukrainian trade unions.