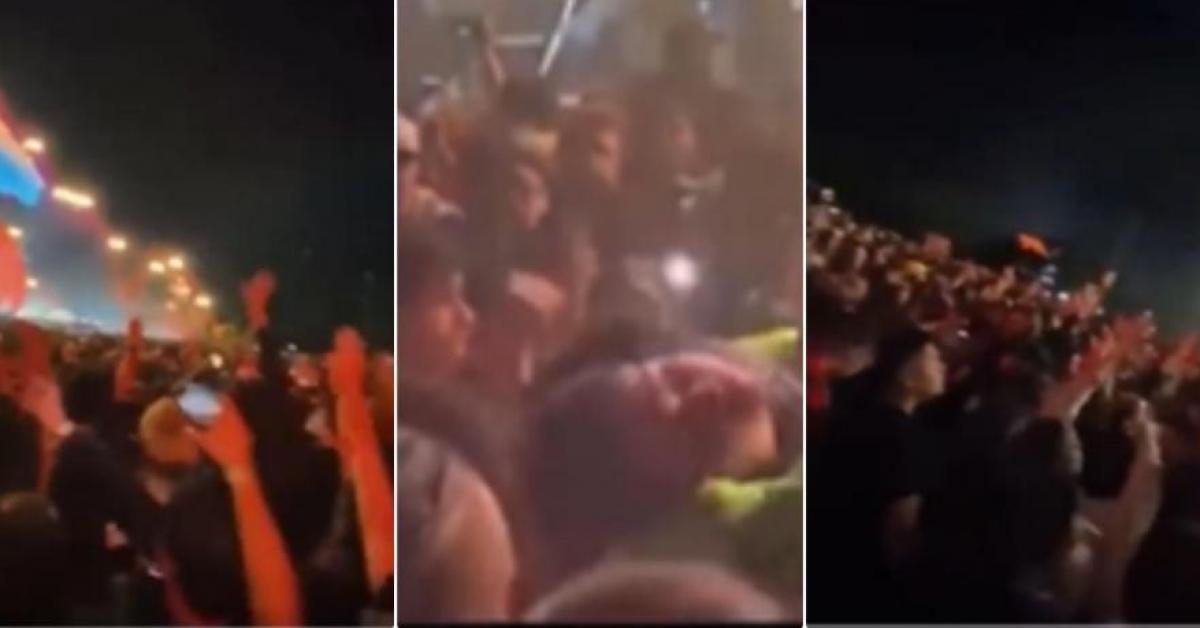 Eight people died during a music festival in Texas. American rapper Travis Scott has planned to reimburse all visitors to the festival.

American rapper Travis Scott has planned to reimburse all visitors to the Astroworld festival following the murderous crowd movement that occurred there during his concert, insiders told the American magazine dedicated to the music industry. Variety show. Travis Scott has also decided to cancel his appearance at the Day N Vegas Festival, normally scheduled for this weekend, being “too upset” to perform.

The artist also intends to bear the funeral expenses of the eight deceased festival-goers. It also plans, in collaboration with the American organization BetterHelp, to set up a psychological help line for people who feel the need.

Victims of the mob movement that killed 8 people at a music festival in Texas have filed a complaint against rappers Travis Scott and Drake, accused of negligence and “inciting” chaos.

The famous lawyer Ben Crump announced Sunday evening to represent “victims” and to have notably filed a complaint on behalf of a young man of 21 years, Noah Gutierrez.

The latter, according to a statement from the lawyer, “described scenes of chaos and despair, during which he and other festival-goers in the VIP section worked to lift people from the ground who were screaming at the door. ‘help’ Friday night.

Panic and loss of consciousness

One of them is a 23-year-old Kristian Paredes, who says he was “seriously injured” during the concert the night of November 5, according to the Daily Mail, which had access to the text of the complaint. He claims more than a million dollars, according to the same source.

In total, nearly 50,000 people were in the crowd of the Astroworld festival, where more than 360 police officers and 240 security guards were mobilized.

At around 9:00 p.m. local time, the crowd began to rush to the front of the stage, causing panic and the first injuries. Then people began to fall and lose consciousness, causing further panic, authorities said.

Lawsuit against the organizers

He says in his complaint that the deaths and injuries are due to “the negligence and recklessness” of the defendants, their agents and their employees.

“Several people begged Live Nation security agents to help them, but were ignored,” said the text, quoted by media.

The complaint, filed in court in Houston, ensures that Travis Scott has already “incited chaos” during previous concerts. She also accuses rapper Drake of contributing to events by continuing to sing as the crowd “got out of hand.”

According to other accounts, Travis Scott stopped performing when he saw his fans in distress near the stage.

The singer said he was “absolutely devastated” by the events.