Threatened by rising waters, New York protects itself behind a wall – rts.ch

New York, a giant urban city surrounded by water and threatened by climate change, protects itself behind a gigantic anti-flood wall. The authorities thus hope to avoid the disasters of the last ten years.

Hurricane Sandy in 2012 and storms Ida and Henri this summer caused the death of dozens of residents and billions of dollars in damage in the largest city in the United States. With its particular geography, the “big apple” is extremely vulnerable to bad weather and has ended up adopting in recent years a titanic plan called “climate resilience” costing 20 billion dollars.

It must be said that experts fear a rise in water levels of 20 to 75 cm by 2050 which would threaten New York with submersion, in particular the island of Manhattan, framed by the Atlantic Ocean, the East River and the HudsonRiver. In total, the megalopolis of more than 8.5 million inhabitants has 836 km of coastline.

In southeast Manhattan, work for a budget of 1.45 billion dollars has begun to erect a wall and dikes against flooding.

Raised parks are part of the New York City Flood Protection Project. [Capture d’écran vidéo – NYC Mayor’s Office of Resiliency]On the site, wedged between the East River and the freeway that runs alongside it, Tom Foley, director of the New York City Department of Design and Construction, explains that he also planned to “elevate the park in this area “by the water, where some 110,000 New Yorkers live.

Over four kilometres, the green space will be completely raised by three meters and the erection of an anti-flood wall must make it possible to avoid the catastrophic damage caused by the last hurricanes and storms which form above the Atlantic.

Ahmed Ibrahim, works supervisor, shows on site the installation of “pylons which serve as deep foundations” and “metal walls which will form an underground separation wall to protect us from flooding”.

The awareness of the New York authorities dates back to October 2012 after the electroshock of Hurricane Sandy, which had caused the death of at least 44 people, damage of 19 billion dollars and the absence of electricity. for weeks, recalls Sara Nielsen, director of planning for New York City’s parks.

In this very dense neighborhood of southeast Manhattan, the water had risen to a record 2.7 meters above sea level.

For Sara Nielsen, after Hurricane Katrina which hit New Orleans in 2005, “Sandy was the first disaster that accelerated our approach to climate change”. The expert is pleased that today the city, with sometimes dilapidated infrastructure, is adopting “very important projects to protect New Yorkers”. 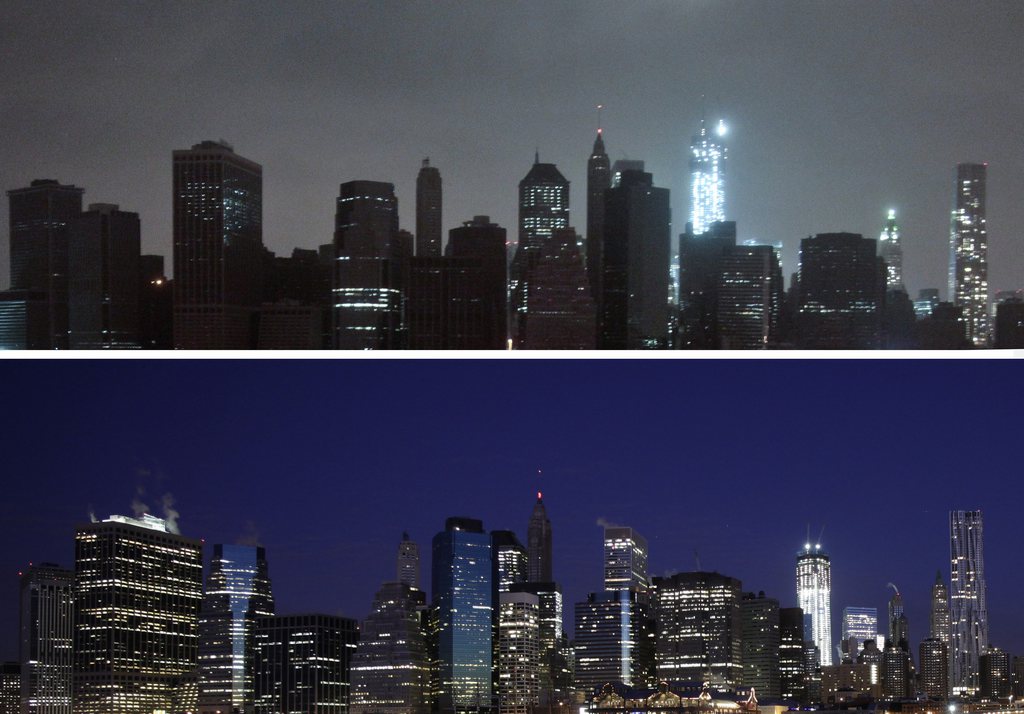 Not quite a tree-lined city – except for the giant green lung of Central Park – Manhattan will also replant thousands of trees of different species around the construction site and improve underground sewer, sewage and drainage systems. ‘electricity.

Urban planners are also seeking to improve housing, one of New York’s Achilles’ heels, in particular because of the number of basement dwellings exposed to flooding and the poor quality of construction and thermal and sound insulation of accommodations.

“There are a million buildings in New York. We are modernizing them wherever possible,” says Jainey Bavishi, touting “one of the most resilient building codes in the world”. However, the flood wall project does not appeal to everyone. Local residents’ associations are contesting it in court and the site should not be completed before 2026.

Terry, a resident of the neighborhood who refuses to give his surname, recognizes that it is “a good idea”, but regrets that “things are progressing slowly”.

For Jainey Bavishi, New York and its “climate resilience” program can be part of the environmental component of US President Joe Biden’s 1200 billion plan, voted in Congress, to invest massively in infrastructure in the United States.