The world needs more electricity, and this will lead to severe climate damage. The devastating report made public 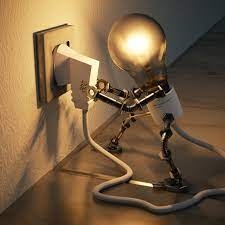 A report released on Friday (January 14th) by the International Energy Agency (IEA) found that global electricity demand had risen 6% in 2021, fueled by a colder winter and the accelerated economic recovery from the pandemic.

This has led to a record increase in both prices and carbon emissions, CNN notes.

The increase in demand was particularly intense in China, where it increased by about 10%.

Electricity has a crucial role to play in the fight against climate change, as countries give up fossil fuels and increase the number of electric cars. But so far, renewable energy sources – unlike coal or gas-fired power plants – have not kept pace.

Renewable electricity increased by 6% globally last year, while coal increased by 9% due to high demand and rising natural gas prices, making it a more attractive option. .

As a result, carbon dioxide emissions from power generation have increased by 7%, reaching an all-time high after falling over the past two years.

“This not only highlights how far we are now on the path to zero emissions by 2050, but also highlights the massive changes needed for the electricity sector to play a critical role in decarbonising the wider energy system,” Birol said.

In the United States, coal-fired electricity production increased by 19% in 2021. The increase is likely to be temporary, however, as coal production is expected to decline by about 6% per year between 2022 and 2024, according to the AIE.

There is also good news: the rapid expansion of renewable energy capacity should be enough to cover the vast majority of the increase in global electricity demand by 2024. However, emissions will remain high.

The AIE has found that emissions from the energy sector will “remain at about the same level from 2021 to 2024”, even if it is to be “significantly” reduced for the world to limit global warming to 1.5 degrees Celsius and avoid the worst effects of global warming. climate change.