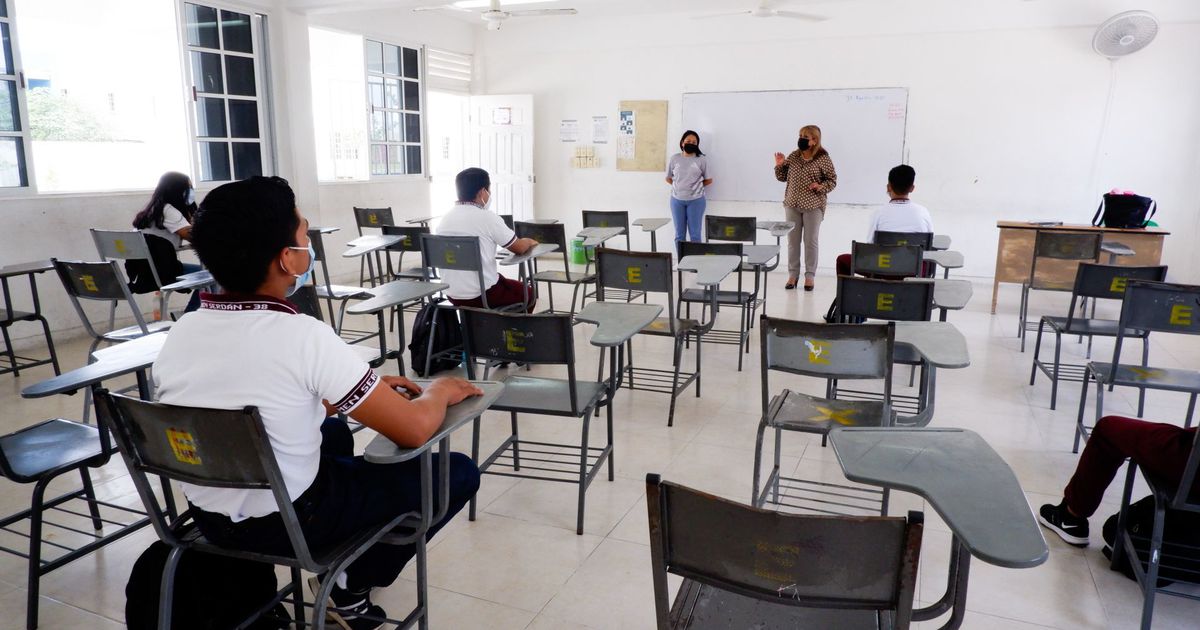 With the start of the 2021-2022 school year, last week, the country’s basic education schools reopened their doors to teach their courses in person.

By government regulation, this initiative occurs after seventeen months in which the schools were closed in order to avoid the Covid-19 infection in the school community.

According to the authorities, the return to the classrooms is voluntary, which admits different modalities of opening, including the staggering of attendance and the combination of face-to-face and remote teaching.

Although some schools had opened, generally for short periods, this is the first time that the effort has reached a national dimension and it is intended to be long-lasting. Although it is anticipated that the schools could be forced to close temporarily in case of contagions, the government sought to ensure the general continuity of the work, by defining education as an “essential” activity, that is, one that operates independently of the epidemiological risk.

The decision to reopen the schools was urgent. The main reason is that the economic and social costs of keeping them closed are enormous and, with high probability, outweigh the possible benefits.

In April 2020, the country’s schools began distance learning, based on materials produced by the SEP and broadcast on television. As an alternative, some institutions offered their own classes “online” through an Internet platform.

Without ignoring its merit, especially in the difficult conditions of the pandemic, it must be admitted that, at least at the basic levels, remote education is a poor substitute for face-to-face education.

School is the place where students acquire knowledge and develop fundamental cognitive and social skills through interaction with teachers and living with their peers. These tools allow them to later have access to better job opportunities and, therefore, aspire to a higher standard of living.

There is no technology to replace those benefits. In particular, distance education is partial, because it is impossible to fully cover the essential contents, considering the difficulties of children and young people to stay attentive to an electronic device.

Likewise, the possibilities of timely feedback in the face of deficiencies in student learning are limited, and even non-existent in the case of television.

Likewise, remote teaching requires the support of parents to encourage the children’s attention to the transmitted material and assist them in case of doubts, as well as the availability of electronic media.

These challenges are burdensome, especially for poor households, in which adults suffer from a low level of education and must work outside the home, with fewer possibilities of assisting their children. In addition, these families often do not have a reliable supply of electricity and especially the Internet, nor do they have the appropriate devices for connection.

The limitations of distance education help to explain the considerable school dropout that occurred in Mexico during the pandemic.

Unfortunately, the weakening of basic education can have permanent adverse effects on the productivity of today’s children and young people, reducing their chances of future employment. In turn, the association between income level and health makes it likely that progress in life expectancy will be limited. The burden will fall disproportionately on the poorest families, diminishing the chances of social mobility.

Finally, lower average productivity may restrict the country’s medium-term economic growth and, thus, achievable social well-being. For these effects to be reversed, the quality of face-to-face education in the new stage would be required to be much higher than the one before the pandemic, which seems complicated.

For their part, the benefits of keeping schools closed are based on the reasonable assumption that the health of students and teachers is protected. However, the chances of infection and transmission of the disease in children are lower than in adults, and the threats do not exceed those of other currently open sites with a similar population density.

Although reopening schools carries risks, well-known prevention measures are powerful in containing the health hazard. The fundamental challenge in terms of social well-being consists of applying the necessary actions that make it possible to recover lost learning as soon as possible.