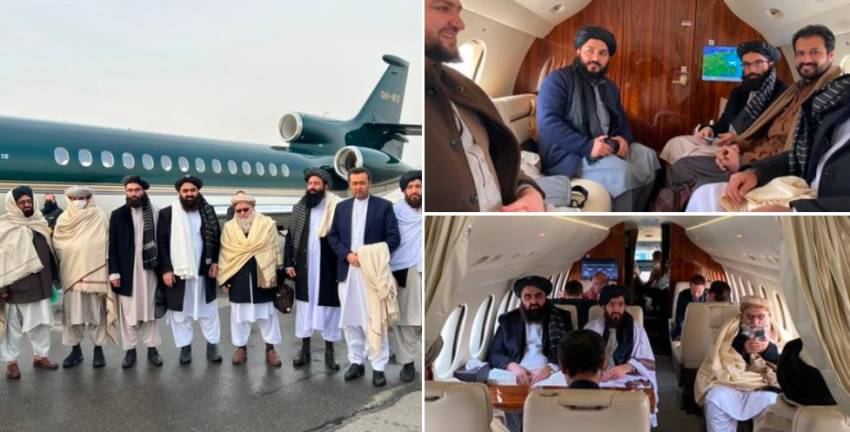 A Taliban delegation visited Norway on a charter plane paid for by the Norwegian government. Photo/twitter

OSLO – The meeting between the Norwegian government and the Taliban delegation received a lot of criticism from inside and outside the country. The agenda is considered a waste of Norwegian tax funds.

In a Sputnik report on Monday (24/1/2022), Norwegian Progress Party leader Sylvi Listhaug said the meeting discussing human rights and Afghanistan’s humanitarian crisis was as naive as “believing in Santa Claus and the Easter bunny at the same time”.

The arrival of a Taliban delegation in Oslo Gardermoen for three days of talks with diplomats from Norway and other countries at the luxury conference hotel Soria Moria in the Norwegian capital sparked a strong reaction.

Progress Party leader Sylvi Listhaug argues it makes no sense for the Norwegian government to spend taxpayer money on a Taliban visit to the country.

“This is a meaningless use of taxpayer money to invite the Taliban extremist terrorist organization on a luxury trip to Norway. This is a stark example of how the government is wasting our tax money,” Listhaug said in written comments.

Also read: US to give 5 Russian-made helicopters to Ukraine soon