The ‘Mysterious House’ Puzzle on the Moon Solved, What is it? 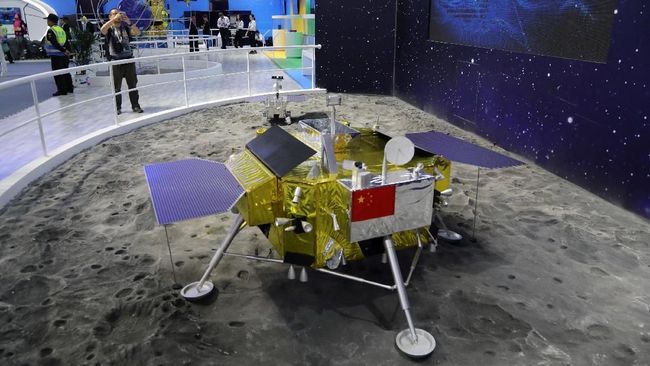 Jakarta, CNBC Indonesia – Last month, China’s Yutu 2 spacecraft discovered a strange object on the far side of the Moon. Speculation erupted after that and some claimed it was a house where aliens were, really?

One month passed, finally the foreign object was answered. The answer is, it is not as special as you think because the object is just a stone, quoted from CNet, Tuesday (11/1/2022).

This was revealed by Andrew Jones, a journalist covering China’s space program on SpaceNews and Space.com, who updated the rover team. He posted the news on his Twitter account, and concluded the story as ‘very disappointing’.

It turned out that the object that was thought to be a cube was a small rock that clumped together and was on the edge of the crater. When viewed from a distance will be more mysterious.

However, after the space vehicle approaches the object, its true nature is revealed.

From the picture you can see, the stone is curled up and has the nickname jade rabbit. Because it looks like a rabbit who is squatting with a few carrots in front of him.

There are some small nicks on the back of the rock and it looks like dirt, adding to the fun of this find.

The name of the rover Yutu 2 translates to Jade Rabbit, making it like finding your own mascot on the Moon.

For information, Yutu 2 is part of the Chang’e 4 mission by the China National Space Agency. The vehicle landed in 2019 and carried out explorations on the far side of the Moon.

Yutu 2 works using solar power, no wonder it periodically hibernates until the sun rises. So that is also what causes it to take a long time to approach the strange object of his findings.

This is not the first time that a foreign object has been found in outer space. Some time ago there were also objects like spoons and faces on Mars.