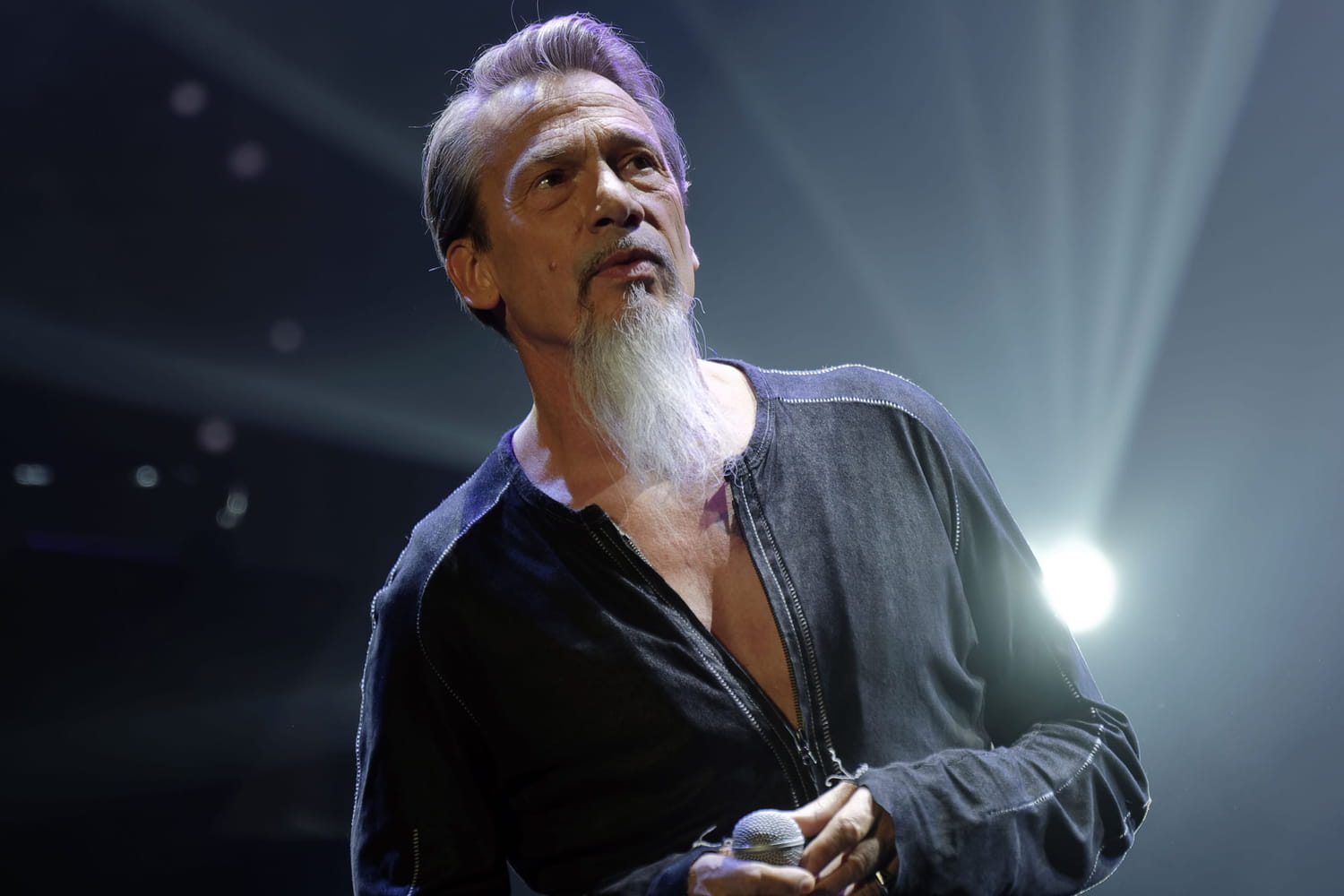 FLORENT PAGNY. The singer Florent Pagny, treated in chemo for lung cancer for several weeks, gave news of his state of health.

[Mis à jour le 13 mai 2022 à 10h47] “I come to give you a bit of my news”. In a video posted on Instagram on Tuesday May 10, singer Florent Pagny spoke to his fans to reassure them about his state of health. With a shaved head, he explains that after several weeks of treatment, the end of chemotherapy is approaching. “I did not impose a Netflix series on you on my treatment and my story, but now that it is soon behind me, since I still have chemo, I can tell you that I am doing very well”, begins Florent Pagny.

“The protocol worked rather well: from the first two chemos, immunotherapy, my tumor which was as big as a kiwi turned into a hazelnut”, continues the singer who has “confidence”, hairless skull and chin, who admits to having “A little change of look, a little necessarily, it’s the treatment that wants it. But it’s okay, I’ll get used to it and it will pass.”

In the columns of Gala, Florent Pagny adds: “Now I’m getting out of the tunnel. I have some answers that allow me to better assess the situation and it revives in me certain things that I lost a little, arrived at my age. (…) This cancer kind of woke me up, and it redefined the meaning of my priorities. As soon as my protocol is finished, I will move on very quickly!” Enough to feed the hope of an upcoming return to the stage, while the tour planned for his 60th birthday has been postponed.

“I only have one chemo left, I can tell you that I am doing very well”, also assured Florent Pagny in his video, also saluting the doctors who gave him the most powerful care against his cancer. “I was very well accompanied by my half, my children, and then there were these thousands of messages, testimonies of love, support and good vibes”, he also underlined. “If all goes well, we’ll meet again next year to finish what I started: the 61 tour,” he concluded. Florent Pagny will indeed be 61 years old when his tour can resume.

Florent Pagny had already made an appearance on the show this weekend The Voice on TF1, of which he is one of the emblematic “coaches”. His first since the announcement of his lung cancer. While the episodes of the season that have been broadcast so far had been recorded before the start of its treatment, the “Super cross battles”, broadcast on May 7, were recorded on February 19, two weeks after that Florent Pagny revealed his health problems to his fans.

Florent Pagny’s completely shaved head, a logical continuation of his chemotherapy, could not leave anyone indifferent. Warmly welcomed on the set of the show, the star has been affectionately compared in turn to Professor X by Amel Bent or to Master Yoda by Nikos Aliagas. Florent Pagny also humorously evoked his illness, its treatment and its consequences: “There, it’s not even a cut anymore”, he had fun in front of the cameras of The Voice about his new look, before giving some news about his health: “These chemo, it’s losing a little hair but it’s ok, it doesn’t prevent us from staying in shape and still having a good face” .

Cancer and the treatment of the disease will therefore not be right for Florent Pagny’s place in his famous red seat. Before the broadcast of Friday’s show, TF1 had indicated in a press release that, like the other three vocal coaches, Florent Pagny would also be present for the semi-final of the famous telecrochet, a live broadcast on Saturday May 14. .

Florent Pagny revealed to be suffering from lung cancer on January 25 on social networks. A “special announcement” from the artist, who then pushed, during the treatment, the singer to put his career on hold. “I will not be able to finish my 60th anniversary tour. I have to cancel all of my concerts, following a health problem”, explained Florent Pagny in the video.

Before his visits to The Voice in the spring, Florent Pagny had already reassured about his state of health. Confident, he assured, in January, as soon as the illness was announced, that he would go back on stage as soon as his treatment was finished. Wanting to be reassuring, Florent Pagny thus expressed the wish that he and his audience meet next year. : “Take care of yourselves and when all this is settled, we will meet again and I will come to finish what I started. This may be the 61-year-old tour.”

According to information from the magazine Here is, the state of health of the star would have already improved at the beginning of the spring. “After two months of intensive treatment, the tumor lodged in Florent Pagny’s lung has already halved,” the media believe. “Apparently, he is doing quite well. They are very, very close with his wife. It’s one more obstacle but in my opinion he will manage to get better very quickly”, for his part assured his friend, singer Anne Sila. , in an interview with purepeople.

From the announcement by Florent Pagny of his lung cancer, on social networks, comments and speculations went well. More particularly on the supposed addictions of the singer, in particular to cigarettes. In 2016, on Le Divan by Marc-Olivier Fogiel on France 3, Florent Pagny confided in his consumption of soft drugs.

Florent Pagny has been part of the French musical landscape for more than thirty years. Know how to love, And one day a woman, My freedom of thoughtor Where I’ll Take You, several of his titles have become classics. In total, he has sold more than 15 million records. Florent Pagny was born on November 6, 1961 in Chalon-sur-Saône, in Saône et Loire. This is where he grew up, with his mother, Odile, secretary, Jean, his father, who sells vignettes and his three brothers and sisters. Very early on, Florent Pagny developed a passion for music and decided, at only 16, to leave his family to settle in Paris.

In the capital, he then met the famous showbiz headhunter, Dominique Besnehard. The latter offers him the chance to take his first steps in the cinema. He lands roles and plays in The balance of Bob Swaim, Fort Saganne by Alain Corneau or in Inspector Labavure by Claude Zidi. In 1987, Florent decided to turn to song. He writes the song Anything, manifesto against drugs. The 45 rpm, produced by Gérard Louvin, met with enormous success (1 million copies sold) and remained at the top of the top 50 for 26 weeks. In 1988, he repeated the feat with his new 45 rpm, let us breathe. The following year, Florent Pagny obtained a music victory in the category “Male revelation of the year”. In 1990, he released his first album, Merci. The singer is rewarded with a gold record with more than 100,000 copies sold.

However, the sudden notoriety, the money, his relationship with the young singer Vanessa Paradis and its title rolling press, earned Florent Pagny growing unpopularity with the media. It will be boycotted for 4 years. In 1992, he released his second album, very autobiographical, Realistic. The success is mixed and Florent Pagny is faced with personal and financial problems. The artist is at the bottom of the wave.

stay true is the third opus of Florent Pagny and places the year 1994 under the sign of rediscovered peace. Jean-Jacques Goldman writes to him do you follow me? et If you want to try me, two huge successes. One year later Welcome to my homea compilation that contains three new tracks, including Welcome to my home (1.5 million copies). In 1997, exiled in Patagonia in the south of Argentina, the singer released a new album, Know how to love. The signatures are prestigious.

Caught up by the tax authorities on January 27, 2005, he was sentenced for tax evasion. November 2007, Florent Pagny finally feels ready to interpret the man he considers a master, Jacques Brel. He chooses eleven songs from the Belgian singer’s repertoire and delivers an opus which has the value of a self-portrait, Pagny sings Brel. At the production, we find the guitarist Daran and Yvan Cassar, talented pianist and arranger. The singer interprets Brel with sobriety accompanied by a philharmonic orchestra. To date, he has given a unique performance at L’Olympia, on December 1, 2007, in front of an enthusiastic audience.

In 2010, Florent Pagny released the album Everything and its opposite in which he finds Pascal Obispo with whom he sings in duet. In 2011, he went on an acoustic tour to celebrate his 50th birthday. Since 2012, he is a coach of the show The Voice, the most beautiful voice. In 2013, released the single Bearing wallsfirst single from the album grow old with you, composed entirely by Calogero. The album was certified diamond disc in July 2014.

After breaking up with Vanessa Paradis, Florent Pagny met a young 25-year-old Argentinian woman, Azucena Camano, during a dinner in 1993. The latter is a model, painter and creator of a brand of organic beauty products. Together, the couple have two children: Inca, born on March 17, 1996 and Aël, born on May 26, 1999. Florent Pagny and Azucena Camano married in 2006. The singer will dedicate his album “Vieillir avec toi” to him. “We are a karmic couple,” said Florent Pagny on the 8:30 p.m. set on Sunday by Laurent Delahousse. “Our destiny was made to meet and accompany each other to precisely come back from where I was, at the bottom of the hole and to surpass myself”, he added.

If Florent Pagny can count on his wife Azucena Camano to get through the ordeal of the disease, the singer also has the support of his two children, Inca and Aël, who now live in the United States. Aged 25 and 22, they now live in Miami and New York respectively. Inca is passionate about street art, according to Here, when Aël studies photography. “She lives in New York. And then she likes photography. She went to photography school. She has a good eye and she’s really good at taking pictures, so she’s having fun developing that gift.” , had confided Florent Pagny on the set of Vivement dimanche in November 2021. And to add, about his Inca son: “once he had his pilot’s license, he went to do this painting and from At that point, all of a sudden, loads of people started calling them to come and do more murals.” 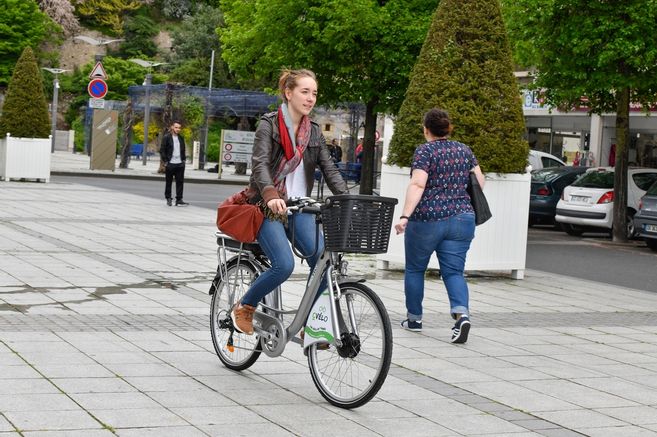