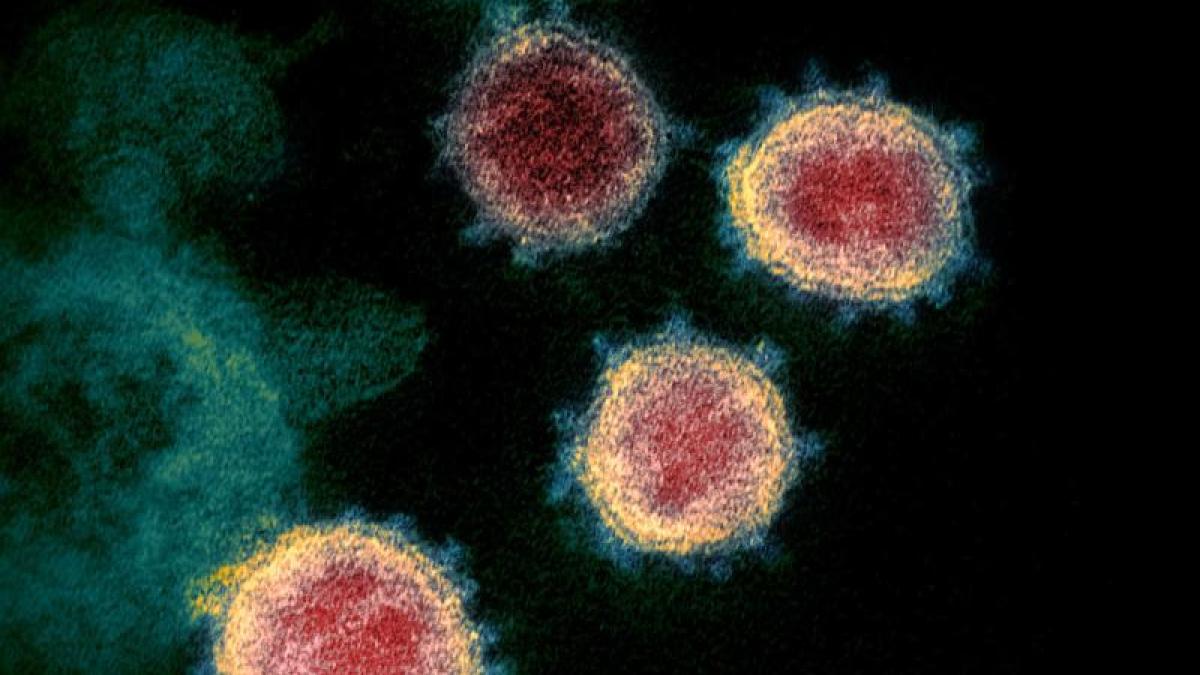 An analysis from the United States catches the eye: Sars-CoV-2 could have mutated into an even more dangerous variant, it says. Experts have great doubts about this. The corona virus didn’t really need any changes – it was pretty well adapted.

Tens of millions of people showed up about half a year ago Coronavirus already infected – does it mutate and become more dangerous?

In a preprint publication that has not yet been reviewed, researchers at the American Scripps Research Institute conclude from genome analyzes that a mutation called D614G makes the virus more infectious. The team recently reported that the pathogen can infect more cells under laboratory conditions.

The D614G mutation is the most common in Europe and on the east coast USA circulating virus strains are actually very present, explains Richard Neher from the University of Basel. “However, it cannot be concluded from this dominance that the virus spreads faster with the mutation.” The dominance is not necessarily due to a higher transmission rate or virulence, but coincidence, explains the head of the research group Evolution of Viruses and Bacteria: The D614G virus variant stood at the beginning of individual larger outbreaks and subsequently spread more than other variants. “At the beginning, coincidences play an incredibly important role.”

In general, mutations in the coronavirus are absolutely not unusual, emphasizes Neher. In his 30,000 bases there is an average mutation every two weeks. This means that the mutation rate per base is somewhat lower than in the case of influenza or HIV, but because of the larger genome of Sars-CoV-2, the value is ultimately approximately the same. Based on the mutations, one could conclude whether two outbreaks are connected – infection chains from person to person cannot be understood. At the recent outbreak in Beijing, for example, genome comparisons suggest that the pathogen was brought into the country from outside – it cannot be said from where exactly.

Sars-CoV-2 is already very well adapted to people, says Friedemann Weber, director of the Institute of Virology at the Justus Liebig University in Gießen. “First of all I ask myself: what more is needed?” According to a recent study, the D614G mutation gives a little more stability, which could be an advantage for the particles. It is conceivable that a single mutation makes a big difference, especially with a drug that only acts on a certain enzyme. However, many drugs and vaccine candidates are set up on a broad basis and are therefore mostly insensitive to individual mutations.

Neher emphasizes that not a single virus isolate with changed pathogenicity is known worldwide. “We cannot rule out that they exist, but it is rather unlikely.” Together with his US colleagues, his team has developed the “Nextstrain” (nextstrain.org) web application, which can be used to track the ways in which viruses spread via genome sequences. The software analyzes how a pathogen changes, i.e. which mutations it accumulates during the spread – a kind of family tree is created.

Andreas Bergthaler from the Research Institute for Molecular Medicine at the Austrian Academy of Sciences (CeMM.) Explains, for example, that Sars-CoV-2 not only landed once in countries such as Germany, Austria or the USA, but was imported several times ) in Vienna. Conclusions about the consequences of detected mutations are not yet possible after six months of the pandemic. But genome comparisons could very well help determine where the virus came from behind a particular outbreak. This in turn is useful when interrupting chains of infection.

The data from “Nextstrain” also allow conclusions to be drawn about the origin of Sars-CoV-2. “We assume with great certainty that the virus has spread from animals to humans in China,” said Neher. That had happened once and in the Wuhan region. However, the data cannot be used to infer future adjustments and changes. Bergthaler: “Time will tell in which direction the virus develops.” Degree in Medicine for Massimo, son of Professor Roberto Stella, the... A significant decrease .. Health announces the number of corona injuries...