the Aramco oil tanker takes back its crown from Apple 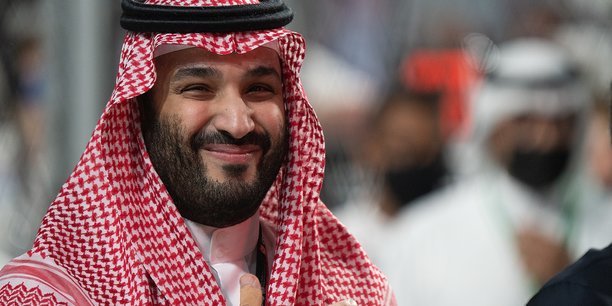 The Saudi oil company Saudi Aramco has just dethroned Apple from the rank of first world market capitalization. But it’s not the first time.

When it went public on December 6, 2019, Aramco easily succeeded in raising $25 billion and obtaining a valuation of 1.700 billion of dollars. Admittedly, it was less than the 2,000 billion dollars in capitalization targeted and the raising of 100 billion hoped for by Crown Prince Mohammed bin Salman when the project was announced four years earlier. But it was still the biggest IPO in history which, by throwing the Saudi oil giant directly on the first step, upset the podium at the time (Apple 1.200 billionMicrosoft 1.140 billion, and Alibaba 1.051 billion).

The pandemic makes Tech jump, the rise in rates makes it fall

But since the Covid pandemic, which has accelerated the digitalization of companies in all directions and sustainably, Apple’s share price has been heading back to the top. After recovering its crown in August 2020, Apple leapt to stratospheric levels until crossing on January 3, 2022, at the peak of the Wall Street bull cycle, the bar of 3 trillion dollars in market valuation (the share peaking at $182), a level never reached by any other company.

Patatras, from January 5, in the wake of the tightening of monetary policy initiated by the Fed (the rise in rates causing the Tech to fall) to fight against galloping inflation in the United States, the Nasdaq index fell, the triggering of the war in Ukraine from February 24 aggravating the situation. On the balance sheet, the sector’s cumulative loss since the beginning of the year has reached 25%.

April in a spin for Wall Street weighed down by tech, inflation and even… oil

However, in Tech, Apple is certainly one of those who are doing the best: even if its second fiscal quarter shows signs of slowing down, sales have climbed again, exceeding analysts’ expectations. However, this is the first time since the fourth fiscal quarter of 2020 that Apple has posted single-digit quarterly growth.

Apple is running out of steam and, too bad, Tim Cook’s explanations lack clarity, analysts say

Aramco share price up 27% since the start of the year

On the other hand, with the easing of the anti-Covid restrictive measures and the solid global economic recovery, fossil fuel prices are rising inexorably inflating the results of the oil companies, the first of which, the jewel of the Wahhabi kingdom of Saudi Arabia, Aramco, which once again upset the world rankings.

Boosted by the recent surge in crude oil prices, the market capitalization of Saudi Aramco, the Saudi national oil company, reached 2.430 billion dollars on Wednesday, according to Bloomberg figures, exceeding that of the iPhone maker by just over 2%.

Aramco shares closed at 45.50 Saudi riyals, down 0.98% on the session but up 27% year-to-date as rising crude prices boosted energy companies .

The rise in oil prices is the combination of several factors: mainly, the increase in world demand with the resumption of economic activity on the one hand, and an insufficient supply on the other, the producing countries having difficulties to increase their production capacity, with the exception of Saudi Arabia but which is compelled to remain within the framework of the progressive increase decided within OPEC.

Oil: OPEC+ should remain cautious despite the risk of a European embargo against Russia

The hydrocarbon market, a tough school since the pandemic

In recent years, the commodity market, and particularly that of hydrocarbons, has been tough. As a reminder, in March 2020, due to the coronavirus pandemic, global activity froze and the Gulf stock markets plummeted and in the process, the Saudi Aramco share fell for the first time below its IPO price. in stock exchange.

But in August 2021, when the price of a barrel had almost doubled in a year – the recovery of world demand obliges – the Saudi oil giant announced that it had almost quadrupled its profit in the 2nd quarter to 25.5 billion dollars… and having already paid $18.8 billion in dividends to its shareholders.

And very recently, last February, surfing on soaring oil prices, Saudi Arabia, under the leadership of Crown Prince Mohammed bin Salman (MBS), decided to prepare for a decarbonized future and to finance it thanks to the enormous profits of Saudi Aramco: the state oil company received the order to transfer some 4% of its shares to the Saudi sovereign fund, the PIF, in charge of decarbonizing the economy.