Hussein Husseinov: Bulgaria receives only 1/3 of agreed gas from Azerbaijan due to missing connection with Greece 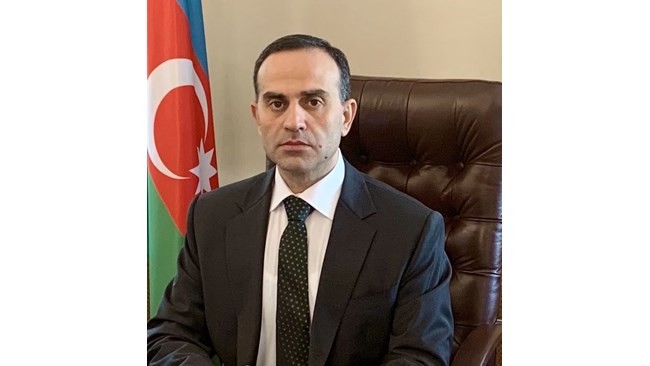 Bulgargaz asks Baku to deliver gas on another route by July 1 next year, Azerbaijani ambassador to Bulgaria says – Mr. Ambassador, the rise in the price of gas in Bulgaria from November 1 raised the question why our country imports 3 times less than the agreed gas from Azerbaijan, especially since Azeri gas is […]

Azerbaijan and Armenia accused each other of shelling

Erdogan to open airport in Nagorno-Karabakh

There was a shootout on the border of Armenia and Azerbaijan, there is a victim

Photo: Apa.az Shootout took place in Karabakh again In Yerevan, it was reported that the Azerbaijani military tried to carry out engineering work to advance the positions. A shootout took place on the border of Armenia and Azerbaijan, in which a soldier was killed, the press service of the Armenian Defense Ministry reported. It is […]

Photo: Press Service of the Prime Minister of Armenia Pashinyan and the entire government resign Protests demanding that Pashinyan leave his post have continued in the country since the end of the military conflict in Nagorno-Karabakh. Armenian Prime Minister Nikol Pashinyan announced that he had resigned to hold early parliamentary elections. He said this during […]

Pashinyan will still resign, but formally The political crisis in Armenia has been going on since the defeat in the war in Nagorno-Karabakh and escalated at the end of February. Armenian Prime Minister Nikol Pashinyan announced that he would step down from his post in April, Meduza writes. According to Pashinyan, he will resign “not […] Washington, February 24, AZERTAC Twitter officials said they had blocked 373 accounts linked to various countries. According to AZERTAC, citing the Twitter statement, these accounts have violated the platform’s manipulation policy. Among these accounts are 35 from Armenia or affiliated with it. They were created with the aim of attacking the social network against Azerbaijan. […]

The Russian peacekeeping mission in Nagorno-Karabakh faced the first serious challenge that required a prompt response. On December 11-12, exchanges of fire took place at two points in the conflict zone between the Armenian and Azerbaijani forces, as a result of which there are wounded. The clashes took place in two villages controlled by Armenian […]

Mustafa Şentop: “The French Parliament has lost the ability to be a serious institution” Baku, December 5, AZERTAC The French Parliament has lost its ability to be a serious institution. Mustafa Şentop, president of the Grand National Assembly of Turkey, declared this on Friday, commenting on the resolution of the French parliament on the recognition of the so-called “Republic of Nagorno-Karabakh”, reports AZERTAC. “The parliamentarians who have decided to […]

Heats Up With Azerbaijan, Karabakh and Armenia Announce Military Rallies Page all YEREVAN, KOMPAS.com – Presumed governance Azerbaijan as a rebel on Nagorny Karabakh declared an emergency military and total military mobilization. The announcement was made by President Karabakh Araik Harutyunyan at an emergency parliamentary session in the resistance enclave of Stepanakert, Sunday (27/9/2020). “I announced martial law and the mobilization of all those who are responsible […]