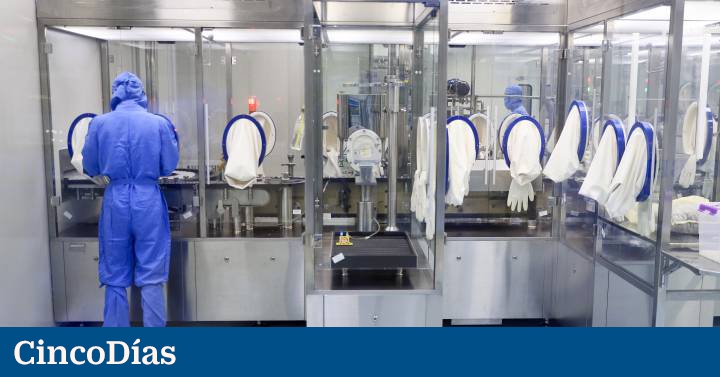 Spain has started from zero to 380 million doses of Covid-19 vaccine in a few months. In December of last year, the country did not have any plant that manufactured vaccines for human use on a large scale, but thanks to the agreements of national laboratories with the multinationals Moderna and with AstraZeneca, the Spanish industry has been able to become a relevant producer. at the European level.

On the one hand, 220 million doses of messenger RNA (mRNA) vaccine have been manufactured on Spanish soil until the end of November, according to data from the Spanish Agency for Medicines and Health Products (Aemps). In addition, 160 million doses of adenovirus-based vaccines have been developed. These are figures provided by María Jesús Lamas, director of the Aemps, in an appearance in the Congress of Deputies on November 29.

The figure of 220 million doses of mRNA technology corresponds to the manufacture of the pharmaceutical Rovi for Moderna, since it is the only manufacturer in the country of this type of vaccine. Last year the Madrid laboratory reached an agreement with the American company to manufacture in Madrid. From this location, Rovi has been exporting these vials to the whole world since January, except to the US market.

Just yesterday, the European Medicines Agency (EMA) announced that it has validated the increase in the production of Spikevax, Moderna’s vaccine, at the Rovi factory in Madrid. The upgrade includes a second filling and finishing line. “These changes will allow the production of around 25 million additional doses of Spikevax each month for the European Union and third countries,” said the European body in a statement.

The other 160 million doses based on adenovirus correspond to the manufacture by the pharmaceutical group Insud Pharma for AstraZeneca, since it is the only company in Spain that manufactures this vaccine already authorized and marketed.

In this case, Insud has been manufacturing since February at its Azuqueca de Henares (Guadalajara) plant, at the factory of its industrial subsidiary Chemo (a center called Universal Farma), a state-of-the-art plant, inaugurated in 2017 and dedicated to injectable drugs.

The director of the Aemps pointed out that these vials have traveled to Europe and the rest of the world, thanks to a productive muscle, unthinkable just a year ago ”, Lamas affirmed.

In fact, Spain has become a relevant powerhouse in the manufacture of vaccines, along with countries such as France, Germany, Italy, Belgium, Switzerland, the United Kingdom and the Netherlands. Lamas revealed that since the beginning of production, mainly since January, 1 billion vaccines manufactured in Europe have been exported to more than 150 countries.

Along with Europe, the major producers of these products against SARS-CoV-2 are China, India and the US By the end of the year, it is expected that 12,227 million doses of the vaccines that are currently approved will have been produced in the world, according to the consultancy Airfinity.

Spain may increase its role in manufacturing in the coming months with other vaccines against Covid-19. The pharmaceutical Reig Jofre plans to fill and finish the version of Janssen (Johnson & Johnson group) in a new plant in Barcelona.

Likewise, the Galician company Biofabri (Zendal group), also participates in the production of one of the alternatives. In this case for the American Novavax, an option that has not yet received authorization from the European Medicines Agency (EMA). Precisely yesterday it was learned that this community body will evaluate on Monday, December 20, in an extraordinary meeting the version of this North American company to decide whether to grant the marketing authorization. In this case, this vaccine is based on a recombinant protein.

Biofabri already produces batches of the antigen (the basic ingredient) for this vaccine at its O Porriño (Pontevedra) plant, but that product has not yet gone to other factories in other countries for finishing, according to a company spokesperson.

Another important milestone for the country’s pharmaceutical industry is pending from the Girona company Hipra, the only Spanish company with a Covid-19 vaccine of its own research and which is currently in phase II (analyzing efficacy and safety) of clinical trials. This laboratory has experience in vaccines, but for veterinary use, and this would be its first jump to human use.