Sony has unveiled the controller for the PlayStation 5, after the company previously released a lot of information about it. Sony calls its new controller with adaptive triggers DualSense, thus ending the DualShock series.

The design of the DualSense controller is final and Sony has started sending the first copies to developers. Sony says it has retained many features of the DualShock 4 controller, while the design has been modified and functionality has been added.

Sony made at the end of last year many details known of the new controllerbut no pictures were shown yet. In the announcement, Sony now repeats the aforementioned details. For example, the manufacturer goes into the addition of haptic feedback, which should provide more ‘feeling’ in games. Both handles of the controller have an electromagnetic actuator that can be accurately programmed. As a result, it should be felt, for example, on what kind of surface a car drives in a racing game, says Sony. 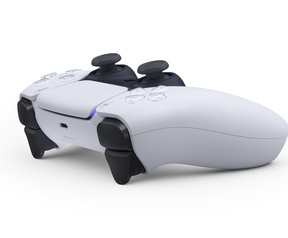 Also has the DualSense controller adaptive triggers. The L2 and R2 buttons have resistance that can adapt to situations in games. For example, when shooting with a bow and arrow, players can feel the tension of the bow. In shooting games, pulling the trigger on different weapons should also feel different.

According to Sony, the design of the controller had to be adjusted to accommodate those adaptive triggers. Sony has also made adjustments to the handle. The DualSense controller contains multiple microphones, so players can talk to other players without a headset.

Sony now has the technical details of the PlayStation 5 revealed and the DualSense controller shown. The console itself has not yet been shown. Sony says it will release more details in the coming months and also show the design. The new console will be released during the holiday season at the end of this year, as will the Xbox Series X.

Four districts and Darmstadt for a week without a new case

Berlin (dpa) - In view of large differences, the leaders of the coalition of Union and SPD want to...
Read more

"There were about two hundred years of slavery in the history of the country, but no compensation was given."...
Read more

I can not stand the mask, how to do?

An adequate former official reveals … How were the criteria for choosing the Century Club set?

#BlackoutTuesday – everything is black on social media

After the death of African American George Floyd in a brutal police operation in Minneapolis, the US music industry...
Read more

Four districts and Darmstadt for a week without a new case

Berlin (dpa) - In view of large differences, the...
Read more

Optimism after the launch of SpaceX

Vivo has announced the X50 series of smartphones in...
Read more
Technology

CDPR Decides To Support US Protests And Postpones Cyberpunk 2077