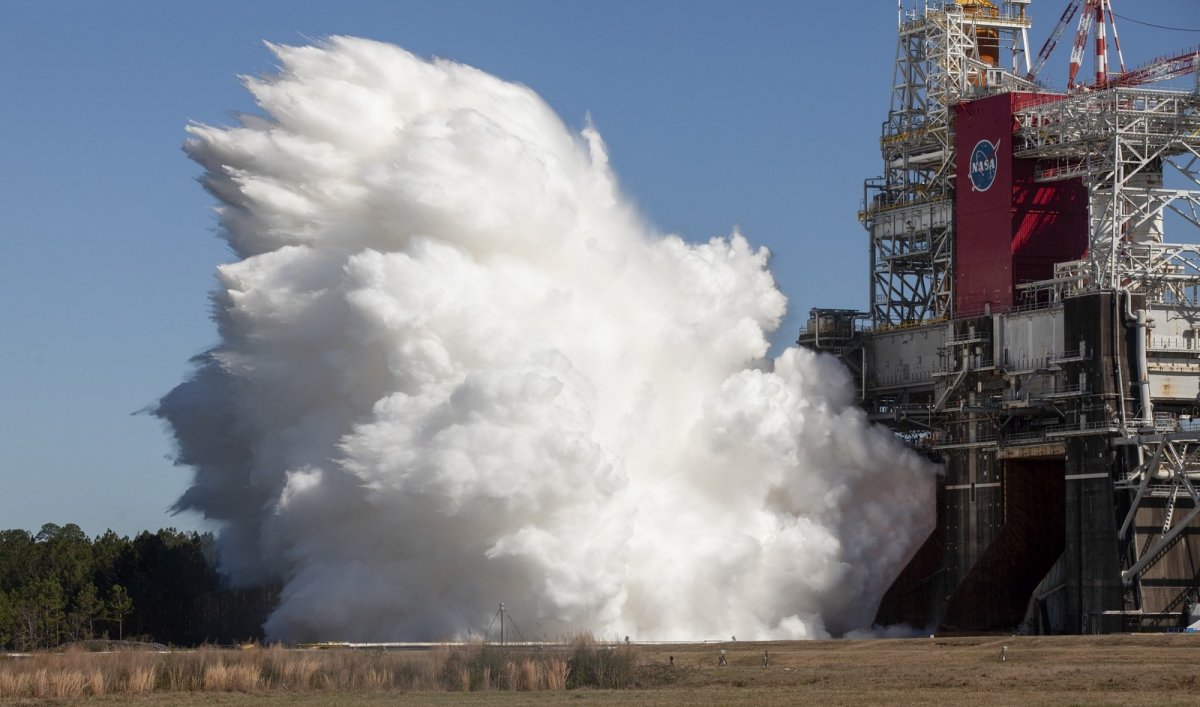 The rocket propulsion of the Space Launch System (SLS) has been tested again as part of the preparations for NASA’s Artemis I lunar mission – and now successfully. After the four RS-25 rocket engines had switched off prematurely in the previous test in January, the complete rocket launch of eight minutes could now be simulated.

In the next step, the engines will be refurbished and then installed in the Artemis I lunar rocket in Florida. According to the current status, their start is still planned for November 2021.

The rocket engine of the SLS with its four RS-25 drives was again tested at Stennis Space Center, Mississippi, USA. In the “hot fire” test, all four engines fired for eight minutes and 19 seconds. This is the time for the SLS to launch and for the rocket to reach space. The mobility of the individual engines for controlling the rocket and changes in thrust were also simulated.

The new hot fire test, on the other hand, was successful and even longer than necessary. NASA had previously stated a minimum runtime of four minutes in order to be able to collect all the necessary data. Now NASA has a lot more data available for analysis. According to the company, the drive of the SLS is NASA’s largest rocket engine to date.

The rocket engine will next be refurbished and overhauled before it is shipped to the Kennedy Space Center in Florida. Then it is prepared for the Artemis I lunar mission along with solid rockets and other parts such as the reusable Orion space capsule. This is initially unmanned, but Orion can also transport people.

Whether Artemis I can start in November as originally planned, should be decided according to NASA interim boss Steve Jurczyk in the next few weeks, how Spacepolicyonline.com reported. A shift is possible. Jurczyk is optimistic about Artemis II, the first manned space flight with the SLS in 2023. Artemis III should bring humans to the moon in 2024 – for the first time since 1972. However, NASA confirmed in February that there will be no moon landing in 2024 . For budget reasons.