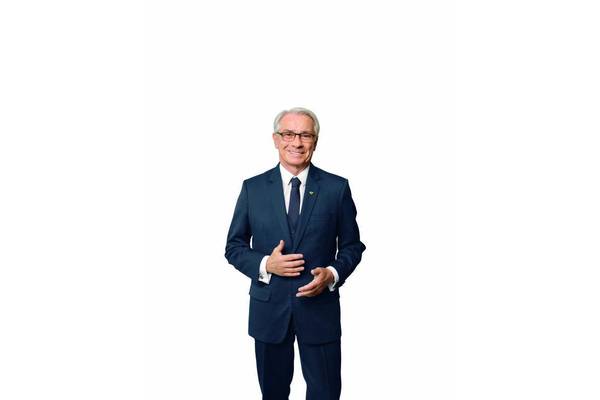 
from OTS
Print This Article

Already more than 600,000 Austrians use the Austrian Post’s online marketplace every month – record number of new registrations from retailers

Vienna (OTS) – From the yoga mat to the charging cable, from the cleaning agent to the Playstation, from lawn seeds to Gugelhupf. Since the start of the federal government’s Corona-related protective measures for citizens and dealers last week, shöpping.at, Swiss Post’s online marketplace, has seen a boom in demand for domestic commercial products. The number of hits and the turnover have more than quadrupled.

Whether food, consumer electronics or school and office supplies for working in the home office: In times of crisis, Austrians rely on consciously and locally shopping online to help regional dealers and manufacturers in this country. With shöpping.at, in times of business closures and exit restrictions, added value remains in Austria, because anyone who orders from the Austrian Post’s online marketplace only buys from Austrian retailers.

“We find that, especially in these difficult times, Austrian consumers increasingly rely on the wide range of Austrian retailers online and at the same time want to shop environmentally and regionally,” said Robert Hadzetovic, Managing Director of shöpping.at, on the currently rapidly increasing demand on Online marketplace shöpping.at. Robert Hadzetovic, managing director of shöpping.at. “Inquiries from interested dealers have also set new records in the past few days. We are working at full speed to carry out the onboarding process as quickly as possible. “

Currently, more than 600 domestic dealers with over 2 million products are represented on the platform. And the offer is growing steadily: 300 more retailers are currently in the registration process.

Especially in times of officially ordered blocking of local retailers – from the big department store to the bookstore around the corner – shöpping.at offers sustainable opportunities, for customers, but also for producers and brick-and-mortar retail: “The added value remains in Austria, purchases in Austria secure jobs and the online shoppers also benefit from the reliable, fast and CO2-neutral delivery service of Austrian Post ”, says Post Director General DI Dr. Georg Pölzl.

Three years after the launch of shöpping.at, the Austrian Post’s online marketplace, more than 600 domestic retailers with over 2 million products are currently represented on the shopping platform. And there is great interest: Another 300 dealers are in the pipeline and will also be represented on shöpping.at in the coming months. One reason for this is certainly the very favorable conditions and sales commissions that shöpping.at offers, which are significantly lower than those of large online retailers and are below the costs of operating your own shop. The retail turnover of shöpping.at was just under 20 million euros in 2019.

Shöpping.at offers Austrian retailers a platform for marketing their products and creates the opportunity to present the extensive portfolio of the Austrian market in an attractive way. Customers can choose from a wide range of well-known brands and products from local, regional and national retailers. The regional product range includes all federal states, from cheese dealers from Vorarlberg to winemakers from Burgenland.

Share
Facebook
Twitter
Pinterest
WhatsApp
Previous articlePhoto gallery. Temptation to go out on a sunny day. PSP and GNR control car rides to the south and on the Marginal – Observador
Next articleThe Nintendo Switch Lite is cheaper today thanks to this promo code

The 109 marketers who operated outside the municipal market in Braga decided to move to the Alameda do Estádio,...
Read more

Brazil: Sérgio Moro is banned from practicing for six months but receives a minister’s salary

According to the local press, Moro was also authorized to teach classes and write articles for the press during...
Read more

Discover a way to lower your risk of developing diabetes

He confessed! Reinaldo Rueda, DT from Chile, talked about everything and tells why his neighbors complained

Aude “Love is in the meadow”: assault and battery? Abused (photos) – Offside News

Is there a console after the console?

The 109 marketers who operated outside the municipal market...
Read more

Brazil: Sérgio Moro is banned from practicing for six months but receives a minister’s salary

According to the local press, Moro was also authorized...
Read more

Pictures .. Prices and specifications of Peugeot 301 Model 2020 in Egypt

How to buy cryptocurrency profitably and safely. Instructions for a beginner :: RBC.Crypto

Lisa Su, first woman to become the highest-paid CEO in the world

It had never happened before: a woman managed to...
Read more