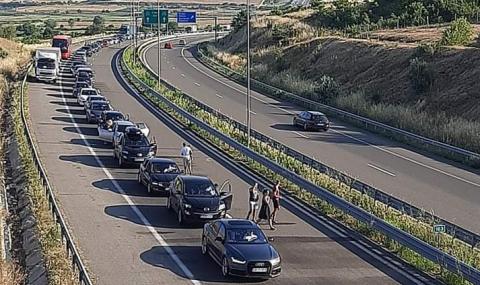 Greek media report on increased traffic on the borders with Bulgaria. Gasoline, clothes and food, which are cheaper in our country, again lead the Greeks to market tourism.

Gasoline prices in Greece are close to 2 euros and 50 cents per liter. Greek media broadcast reports from all border crossings with Bulgaria and reported on “caravans of cars” that started refueling with cheaper petrol.

The Greeks point out in the polls that they refuel at Bulgarian gas stations several times a week, and the difference in price is at least 60 euro cents per liter of fuel, BNR reports.

“We feed on Bulgarian goods,” said Greeks crossing the border. Some of them have already opened gas stations in Bulgaria, using the strong demand of their compatriots.

On the other side of the furrow, gas stations are already closing due to high prices and reduced demand. Some owners are dissatisfied with the fact that their potential customers buy everything from Bulgaria.