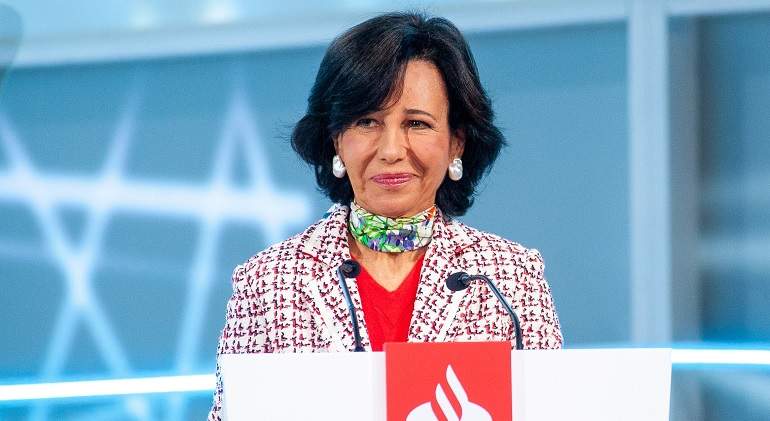 The Santander Bank exceeds one trillion euros in credit and is positioned with this volume as the leader in world banking, above large groups such as JP Morgan or HSBC. The financial institution closed the first quarter of the year with a global credit portfolio of 1.01 trillion euroswith an increase of 4% compared to the previous quarter and 8% year-on-year.

The group supports this growth in individuals, whose granting of credit, especially in mortgages and consumption, has grown by 6% in the year-on-year comparison and also in the corporate and institutional customer segment (Santander Corporate & Investment Banking is the global division of Santander), with an increase of 11% compared to to the same period of the previous year. However, in the area of ​​companies and SMEs, the group has decreased investment by 4%, after the normalization of the liquidity demand of companies after a strong increase in credit in 2020 to face the effects of the coronavirus after several months of closure of the activity.

By regions, Europe and North America lead growth of the first three months of the financial year. Specifically, the group increased credit investment by 2% in the European continent compared to three months earlier (with Spain with a growth of 1%), while the improvement of the business in North America was 3%, with Mexico with 4%. and the USA, with 2%. In South America, balances remain flat, especially in Brazil and Chile, offsetting the 12% rise in Argentina. On the other hand, Digital Consumer Bank (DCB), the consumer credit business born from the merger of Openbank, the group’s one hundred percent digital bank, and Santander Consumer Finance, increased credit by 9%.

far from being surpassed

The Spanish financial group, with this volume in the loan business, far exceeds the credit activity of large international banks such as the North American JP Morgan, Bank of America, Wells Fargo, Citi or the British HSBC. And besides, he stays away from the overtaking. The entity immediately after Santander is JP Morgan with a volume of gross loans of 946,000 million euros. It should be noted that for a better comparison, Santander uses gross loans and advances to customers without ATA (temporary acquisition of assets) so that, without these assets, the group’s loan volume is slightly below one billion.

Likewise, the group also stands out among the national banks. Of the entities that operate in Spain, three slip into the credit ranking of the thirty largest banks in the world: CaixaBank, BBVA and Sabadell. The entity headed by Gonzalo Gortázar adds a credit investment of 352,800 million euros, driven by the merger with Bankia, compared to its market capitalization of 23,600 million, while the bank chaired by Carlos Torres reaches a credit volume of 330,032 million euros, with a market capitalization of 30,500 million euros.

Banco Sabadell is in last place in this global banking ranking, with a loan portfolio of close to 160,000 million euros, a level similar to that of a year ago. Outside the list are Bankinter and Unicaja. According to the data presented by each entity at the end of the first quarter of 2022, Bankinter adds 69,700 million euros, with a growth of 2.35% compared to the same period of the previous year, and Unicaja, after the merger last summer with Liberbank, It has a portfolio of 53,560 million euros.

The United Kingdom and Spain are the markets that contribute the most activity at the credit level to Santander, with more than 50% of the credit investment. The British country contributes 26% of the loans, with a volume of 262,522 million euros at the end of March, while in Spain it adds 254,700 million euros. Credit in Spain is on the rise after the worst moments of the health crisis in all segments, both in mortgages, companies and in loans for the acquisition of goods.