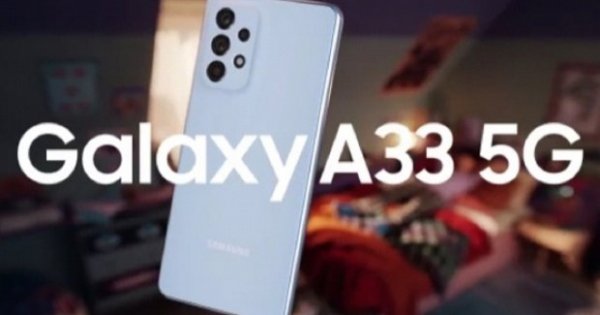 Samsung ready to sell Samsung Galaxy A33 5G in Indonesia. smart phone (smartphone) relies on screen and camera capabilities to target the content creator market in the country.

The Samsung A33 5G is included in the latest Galaxy A Series line from Samsung. The series was introduced by Samsung globally on March 17 and will be introduced in Indonesia early next month.

MX Product Marketing Senior Manager of Samsung Electronics Indonesia Ricky Bunardi said the company is targeting the content creator market in Indonesia through the Galaxy A33 5G. “This phone facilitates content creators to be creative, work, and explore new things,” he said in a virtual press conference, Thursday (31/3).

According to him, South Korean companies are targeting the content creator market because of its huge potential. Many content creators who work rely on smartphone.

Based on a survey by the Association of Internet Service Providers (APJII), the majority of the 196.7 million internet users in Indonesia last year used social media services.

Hundreds of millions of internet users in Indonesia use the most platform the most YouTube. While the content sought is films, music, sports, culinary, and tutorials on playing games online.

He said, in facilitating content creators, the company relied on the capabilities of the screen and camera. On the screen, the Samsung Galaxy A33 5G carries a 6.4-inch Super AMOLED screen.

The device has a composition of four rear cameras, namely the main 48 Megapixel (MP), ultra-wide 8 MP, depth 2 MP, and 5 MP macro. While the front camera or selfie measuring 13 MP.

For performance, Samsung relies on chip capabilities (chip) Exynos 1280. This chip facilitates Samsung users to get internet access of the fifth generation or 5G.

On the battery, the Samsung Galaxy A33 5G has a capacity of 5,000 mAh. It is supported by fast charging 25W battery.

Samsung will sell the Samsung Galaxy A33 with a choice of four colors, namely: black, peach, blue, and white.

Samsung has priced the Galaxy A33 5G in Indonesia starting from Rp. 4,699,000. Consumers can order it on the Samsung and Shopee sites on April 4-6.