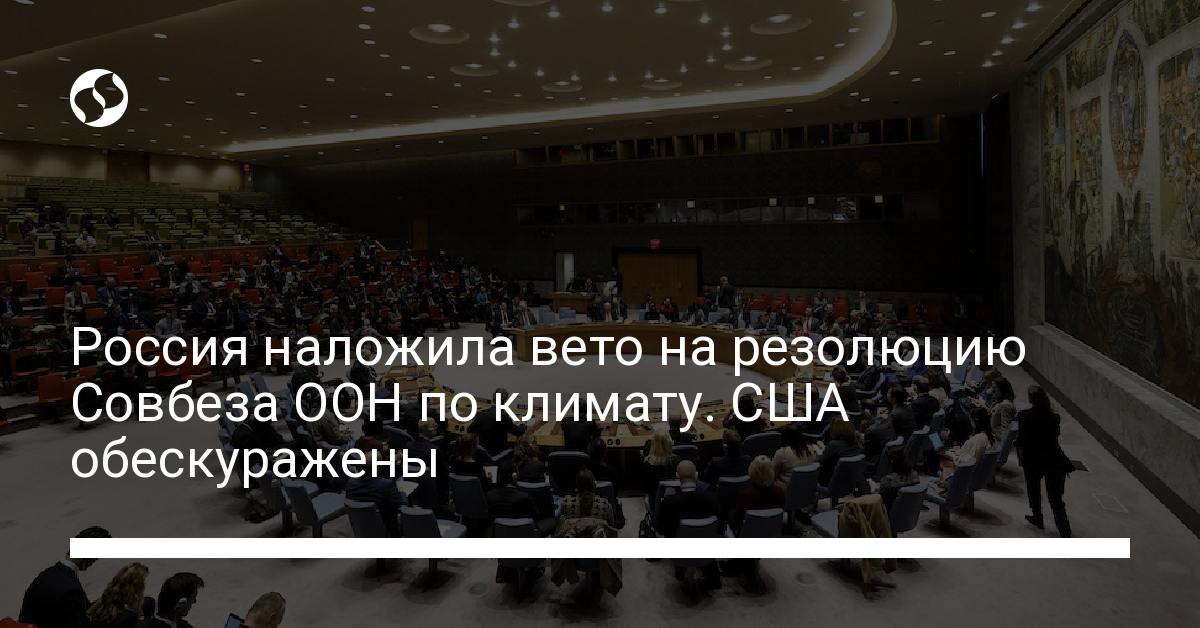 Russia vetoed the first of its kind UN Security Council resolution, which proposed to consider climate change as a threat to international peace and security. The Guardian… The US representative to the UN Linda Thomas-Greenfield is “discouraged” by this decision, the press service of the US mission reports.

Read us in Telegram: proven facts, only important

It is noted that the resolution, which was initiated by Ireland and Niger, proposed at least sometimes to include information on the impact of climate change on security in the UN Security Council’s strategy for conflict management, peacekeeping and security operations.

The UN Security Council has discussed the security implications of climate change from time to time since 2007, but this resolution would be the first to address the security threat from climate as a separate issue, journalists explain.

The resolution was supported by 12 of the 15 members of the UN Security Council (India and Russia were opposed, China abstained), nine votes would have been enough for adoption, but Russia used its veto as a permanent member of the Security Council.

Russian spokesman Vasily Nebenzya said that the proposed resolution would turn “a scientific and economic issue into a politicized one”, divert attention from “real” sources of conflicts and give the UN Security Council a pretext for practical intervention in any country.

US spokesman Linda Thomas-Greenfield said she was “discouraged that Russia has prevented this important step from dealing with the consequences of the climate crisis.”

“Given the magnitude of the task, this resolution was the smallest we could do. Today the veto on this resolution failed the world, and there is no excuse for making this decision,” she said.

Read also: We failed. The climate on Earth will become much worse: this is what awaits us all

If you notice a spelling mistake, select it with the mouse and press Ctrl + Enter.