Russia can deploy military equipment in Venezuela “If diplomacy fails” 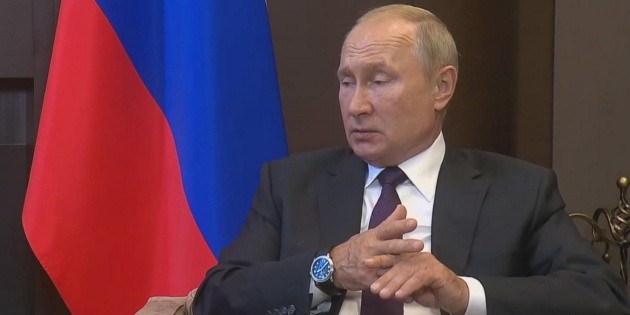 U.S don’t think that Russia have made the decision to invade Ukraine, however they are ready to continue with the dialogue, they intend “answer firmly” in the event of an attack, National Security Adviser Jake Sullivan said Thursday.

“We are ready in both cases”Sullivan told reporters after a week of talks between the United States, its Western allies and Russia.

“We are ready to progress at the negotiating table (…) and we are ready to take the necessary measures and adequate to defend our allies, support our partners and respond vigorously to any overt aggression that may occur,” he added.

Russia has thousands of troops on the border with Ukraine and demand that NATO to guarantee that they will not try to advance to the east.

“The intelligence community has not made an assessment that the Russians have definitely decided take a military course of action in Ukraine,” Sullivan said.

“So, the way things are right now, Russia has the opportunity to sit at the table“, he pointed.

For his part, Russian Deputy Foreign Minister Sergei Ryabkov said on Thursday that “If diplomacy fails” Moscow can deploy military infrastructure in Venezuela or Cuba, its allies in the region.

“If Russia were to move in that direction, we will deal with the matter resolutelySullivan assured.

In 1962, the United States and the then Soviet Union came to the brink of nuclear war, when Moscow deployed ballistic missiles in Cuba, the event went down in history as “the missile crisis”.