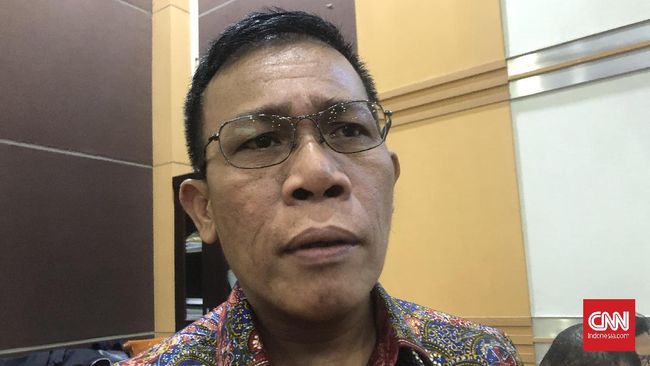 Politician of the Indonesian Democratic Party of Struggle (PDIP), Masinton Pasaribu assessed that the Chairman of the Corruption Eradication Commission (KPK), Firli Bahuri, has issued an ‘offside’ statement aka off track by commenting on the problem presidential threshold aka the presidential nomination threshold.

According to him, Firli’s move agreed presidential threshold lowered from 20 percent to 0 percent is not correct.

“If you talk presidential threshold that, Chairman of the Commission sorry sorry, offside I think it’s a statement,” Masinton told reporters at the Parliament Complex, Senayan, Jakarta on Wednesday (15/12).

He added that Firli’s statement is still relevant when commenting on the high political costs of holding regional elections, legislative elections, or presidential elections which have implications for corrupt behavior.

“When it comes to political contestation, the regional elections, legislative elections, [dan] high-cost presidential elections as a consequence of very liberal democracy are relevant. The high political costs that have an impact on corrupt behavior may still be relevant,” he said.

Previously, Firli agreed that the presidential threshold was lowered from 20 percent to 0 percent in order to suppress corrupt behavior.

According to him, the current 20 percent threshold has made political costs expensive.

“If I look at it this way, in today’s democracy with a presidential threshold of 20 percent, the political costs are high. Very expensive. High political costs lead to transactional politics. In the end, it is corruption,” said Firli when meeting with the DPD leadership on Tuesday (14/14). /12), as the press release received CNNIndonesia.com, Wednesday (15/12).

“If PT is 0 percent, it means that there is no more democracy in Indonesia, which is characterized by high political costs,” he continued.

The retired police officer with the rank of commissioner general mstressed that corruption must be a common enemy if you want to eradicate corruption. According to him, all elements and institutions must have one voice, aka they cannot move independently in eradicating corruption.