NIO, ET5 and the new model electric car from the Chinese manufacturer, which will compete with Tesla Model 3 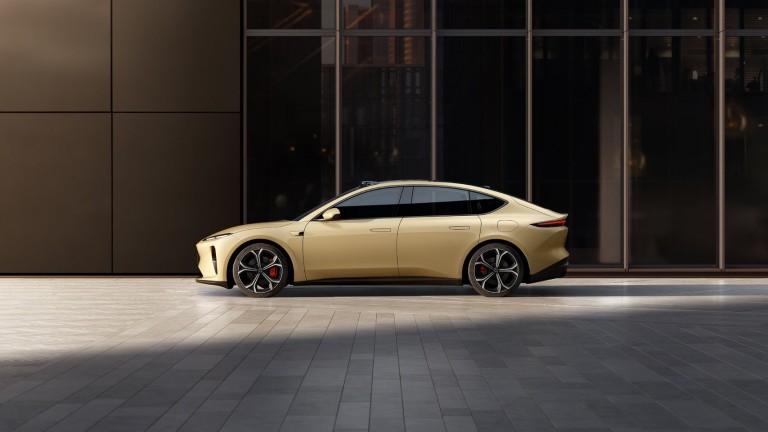 At the end of last week Chinese carmaker NIO has introduced its new model with serious demands – ET5. The mid-size sedan was immediately identified as a competitor to the Tesla Model 3, and the company’s shares jumped dramatically.

The ET5 is the more affordable version of the other sedan in the ET7 series, which was introduced a few months ago. It is expected to cost about 50 thousand dollars on the Chinese market. The two models have a very similar design and differ mostly in size. ET5 will be available from September 2022 and will reach Europe in the spring of 2023.

ET5 is on the same platform as ET7. It has a twin-engine drive, which provides acceleration from 1 to 100 km in just 4.3 seconds. However, there is still no data on the maximum speed it can develop.

The model is also available with three types of batteries. 75kWh Standard Range has a range of up to 550 km, 100kWh Long Range – over 700 km and 150kWh Ultralong Range battery, with which the NIO claims that we can pass up to and just over 1000 kilometers. If this is indeed the case, then the ET5 will rank among the longest-running electric cars ever created.

Speaking of batteries, ET5 NIO will stick to its innovative approach – to build stations for their replacement, not for charging. So in just three minutes we can get a fully charged battery – there is no such quick charge simply.

In addition, the new model of the Chinese manufacturer will be equipped with autonomous driving system since the start of the engine, with different scenarios for highways, urban areas and parking. However, a monthly subscription is provided to use them, Autocar reports.

And the smart technology in this car is far from over. There is no shortage of voice assistant with built-in camera, which has become a trademark of NIO. The driver can control everything in the cabin from a large 10.2-inch display.

They are an impressive extra optional virtual reality glasseswho design whatever we want on a virtual 201-inch screen six meters in front of us. Most likely, this option will be able to be used only in the parking position and will completely change the perception of car cinema.

When the Chinese target Tesla

The ET5 also has impressive aerodynamics, which is due in part to the acceleration. Emphasis in the vision is the panoramic roof, and in the interior – the durable upholstery material “Clean +”, which is claimed to improve acoustics, “invisible” vents, ambient lighting system in 256 colors and Dolby Atmos 7.1.4 sound system.