Dominating, Nice logically imposed Metz (0-2), this Sunday, during the 22nd day of Ligue 1. A fifth consecutive success for the Riviera club which takes second place from Olympique de Marseille.

Nice does not give up. Despite the pressure put by Olympique de Marseille, solid winner Lens (0-2), Saturday, the Riviera team responded with logical success Metz (0-2), this Sunday, on behalf of the 22nd day of the League 1. A fifth victory in a row in the league for the Aiglons, who confirm their good run to take second place from their southern neighbors.

Despite a lawn in a catastrophic state, the players in the game gave their all and offered us very tough duels. If the Messins used the width of the field well, with in particular a very active Delaine in the right lane, the Niois were the sharpest. On two actions initiated by Boudaoui on the right side, Gouiri forced Caillard to make two good saves to preserve his invincibility.

Over the minutes, the domination of the Riviera increased. The same circuits were repeated this time with Stengs, who attempted a volley kicked back at the near post by Caillard. The Dutch winger, jostled in the duels, also wasted a great opportunity after a fine opening from Gouiri, who missed the target after a good stint with Boudaoui, very prominent on his wing and particularly available to combine.

In the second half, Nice continued their march forward. And ended up finding the flaw. On a free kick badly cleared by the Grenats defense, Gouiri found Thuram, who went about it in two stages to deceive Caillard at close range (0-1, 59th). A logical opener for the Aiglons, who then had a much easier time responding to the tough physical fight imposed by Grenats lacking inspiration.

In the last quarter of an hour, Nice thought to take off for good. But after Kana-Biyik lost the ball following good pressing from Guessand, Gouiri saw his goal disallowed for offside… It was only a postponement since the former Lyonnais converted a penalty obtained by Guessand by succeeding a panenka that Caillard almost stopped (0-2, 86th). A very serious Nice which resumes its place as runner-up to PSG.

Despite a pitch in a terrible state, we had a pleasant game. The two teams had a lot of impact but the Niois were able to be very serious in order to dominate in all areas of the game. Many chances in the first period, goals after the break, the Aiglons responded.

– Metz fails to clear after a free kick. At the entrance to the surface, Gouiri crosses above the defense for Thuram, who does it twice to deceive Caillard at close range (0-1, 57th).

– Superbly shifted by Gouiri, Guessand collapses in the area after a slight fault by Pajot. Gouiri takes charge of the penalty, which he marks with a happy panenka since Caillard almost rejected his attempt (0-2, 86th).

Maxifoot has assigned a score (out of 10) comments on each player.

Highly visible, the Niois striker missed many opportunities in the first period, falling twice on Caillard. He was decisive, however, by bringing Thuram’s goal with a fine pass and then doubling the lead from the penalty spot, a few minutes after a goal was disallowed for offside. In all the right moves!

Marc-Aurle Caillard (6): the Metz goalkeeper made several decisive saves in front of Gouiri and Stengs in the first period. He almost saved the penalty from the former Lyonnais after the break. He has nothing to reproach himself for in this match.

Thomas Delaine (5): replaced on the right in the absence of Centonze, the side was rather stirring with many climbs in his lane. However, his crosses never resulted in chances for his team.

Jean-Armel Kana-Biyik (5): a rather difficult match for the former Rennais, who had difficulty managing the game with his back to Dolberg’s goal. Above all, he loses a ball which leads to a goal by Gouiri, finally signaled offside.

Ibrahim Amadou (6): an interesting first tenure for the former Lille resident. Placed in central defense, he managed the depth rather well. An encouraging performance.

Amadou Salif Mbengue (3): the left side has been through an ordeal. Too often overwhelmed by Lotomba and Boudaoui, Garnet spent a very difficult first hour. Offensively, he brought nothing to make up for.

Boubacar Traore (6): a good match for the young midfielder, who was effective in recovery. He posed Rosario worries in the duels.

Vincent Pajot (4): a tasteless copy made by the Moselle captain. He made too little impact and even conceded an avoidable penalty late in the game. A rat match for him.

Papa Ndiaga Yade (4): a few rushes and dribbles but nothing substantial for the Senegalese winger. It was well contained by the Nioise defence.

Farid Boulaya (4): back from CAN, the Algerian attacking midfielder weighed little in this match. He looked out of form for one half. Replace the 46th minute with Warren Tchimbemb (4), which added nothing more.

Ibrahima Niane (5): one of the few Metz players to have weighed in on this match. He pushed Todibo in some duels but didn’t really manage to be dangerous with excessive stalls. Replace the 59th minute with Louis Mafouta (non not).

Opa N’Guette (4): a poor performance for him too. Well contained by Lotomba, he almost never succeeded in overflowing on his wing. Replace 73rd minute with Lenny Joseph (non not).

Walter Bentez (6): the Argentinian goalkeeper had nothing to do apart from a header from Mafouta stopped at the end of the game. A very quiet day for him.

Jordan Lotomba (7): a quality match for the Swiss right-back, who offered many tumbles in his lane with in particular a caviar for Gouiri at the start of the game. More defensive in the second half, he showed a solid face.

Jean-Clair Todibo (6.5): the central defender was jostled in the duels but he held his ground against Niane. He made an interesting copy.

Dante (7): in an armchair. The Niois captain clearly did not have to force his talent to lead his boat marvelously. The Brazilian was once again very serious in blocking the Messin offensives.

Jordan Amavi (6): despite Delaine’s numerous climbs in his area, the left side did not shake. He did the job by staying serious to block his area.

Hichem Boudaoui (7): big match for the Algerian midfielder. Still positioned on the right wing, he made Mbengue live an ordeal with his very many judicious discounts for Gouiri. At the origin of the best opportunities in Nioise, the Fennec has well secured its area to prevent the Garnets from making their rule there. Replace the 84th minute with Mario Lemina (not not).

Khphren Thuram-Ulien (7): Pending the gradual return to Lemina’s business, Lilian’s son held his rank rather well. The Niois midfielder responded present in the duels and was able to open the game to his wingers. It was he again who unblocked the match by taking back a good ball from Gouiri in two stages.

Pablo Paulino Rosario (6): the Dutch midfielder had to work today against the Metz templates. He was effective in the recovery even if he seemed a little less imperial than usual. Replace the 69th minute with Morgan Schneiderlin (non not).

Calvin Stengs (4.5): aligned on the left wing in the absence of Kluivert, the Dutch winger had a complicated match. Seriously jostled in the duels, he weighed too little despite a fine shot repelled by Caillard in the middle of the first period. Replace 73rd minute with Alexis Claude-Maurice (non not).

Kasper Dolberg (5): his back-to-goal game did good in the first half. Despite everything, the Danish striker did not manage to distinguish himself in front of Caillard’s cage. Shy overall. Replace the 69th minute with Evann Guessand (non not), who got the penalty for the second goal.

+ Find the results and the classification of Ligue 1 on Maxifoot

And for you, who were the best and worst players of the match? Comment in the “comments” box below! 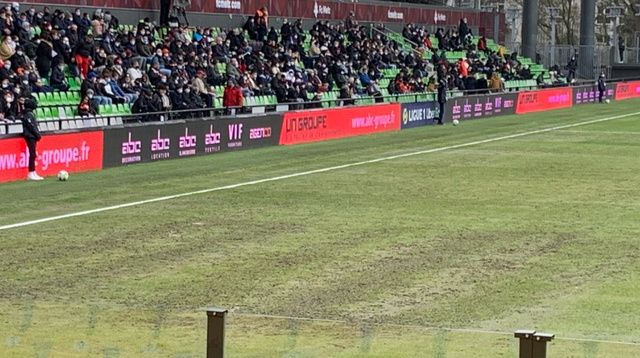 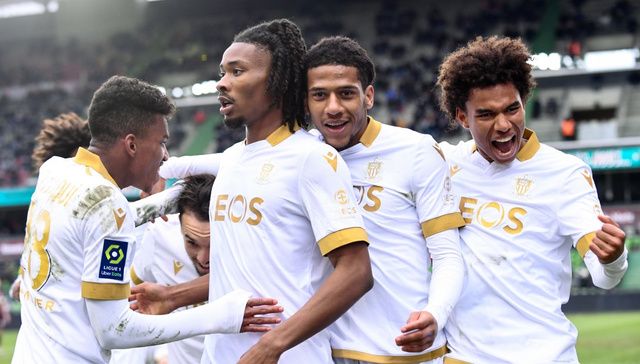 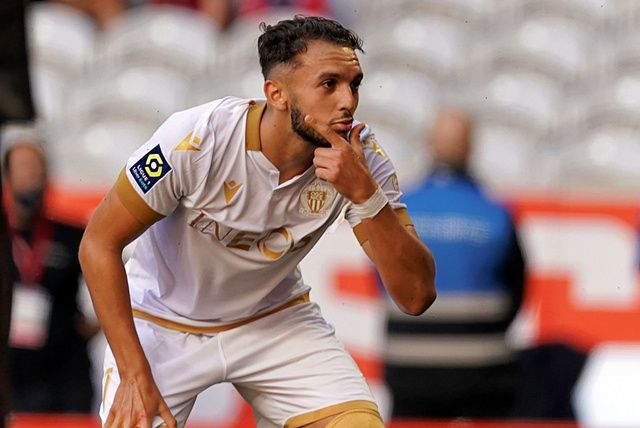