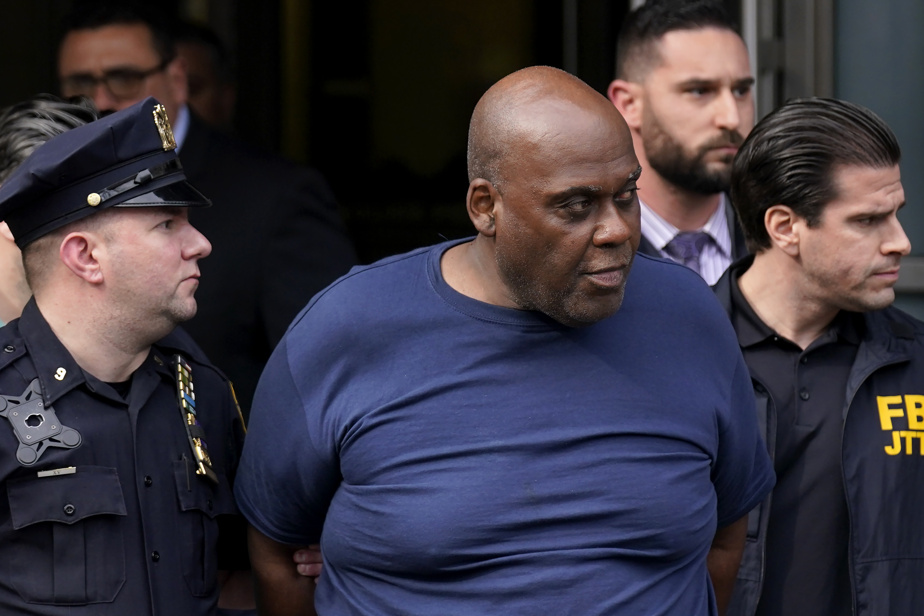 (New York) Frank James, the man suspected of having fired Tuesday in a subway train in New York in the morning at rush hour, injuring 30 including 10 by gunshot according to justice, was remanded in custody Thursday, accused of “sowing terror throughout the city”.

Dressed in a loose khaki shirt, the suspect, a 62-year-old African-American arrested the day before without resistance in the street in Manhattan, appeared for the first time in federal court in Brooklyn.

In silence, sometimes taking notes between his two lawyers, he listened to the charges against him, in particular that of “terrorist attack” which puts him at risk of life in prison. Judge Roanne Mann ordered that he be remanded in custody.

He “opened fire on passengers on a crowded subway train, disrupting their morning commute in a way this city has not seen in over 20 years,” prosecutor Sara Winik said, a reference to the deadly attacks by the September 11, 2001 which permanently traumatized New York.

The suspect was wearing a gas mask and set off two smoke devices, filling the train with smoke before firing. The prosecution has revised the balance sheet upwards, bringing it to 30 wounded, including 10 by bullets, against 23 at the start.

“His attack was premeditated, it was carefully planned and it sowed terror among the victims and throughout the city,” added the prosecutor.

If this bloody attack, committed in a busy station in southern Brooklyn, “36th Street”, did not cause any deaths, it caused great emotion in the megalopolis of nearly 9 million inhabitants, already affected by an increase in crime and shootings since the COVID-19 pandemic.

Between Tuesday and Wednesday, New York police recorded no fewer than 14 separate shootings and shootings, including in Brooklyn and the Bronx, and four homicides.

Frank James’s lawyer, Mia Eisner-Grynberg, warned against any “hasty judgment” of her client, already arrested 12 times in the past for various offenses.

“Yesterday Mr James saw his photo in the news, he called the police to help, he said where he was,” she claimed.

The police had traced Frank James in particular thanks to the key to a van he rented, discovered at the crime scene. The man had a YouTube page, called “prophetoftruth88” (prophet of truth) where he was seen launching into long tirades, sometimes rambling and vehement, on racial issues and insecurity in New York.

The circumstances under which the suspect was arrested Tuesday in the East Village neighborhood were not fully clarified. In addition to the suspect himself, other individuals have claimed to have reported his presence to the New York police’s “Crime Stoppers” telephone platform, which had put on the table a reward of 50,000 dollars for this case.

For example, a 21-year-old Syrian technician, Zack Tahhan, who arrived in the United States five years ago, became a social media star, where the hashtag #ThankYouZack circulated, after claiming to have spotted Frank James and informed the police, while near the place of arrest.

But Francisco Puebla, the Mexican manager of Saifee, a garden store located in the same area, told AFP that it was his intervention, and not that of Zack Tahhan, that was decisive.

According to the police, there was indeed a report which located the suspect in a McDonald’s. “Officers arrived at McDonald’s. He wasn’t there. They drove around the neighborhood, they saw him at the corner of Saint Marks (Place) and First Avenue and arrested him,” New York police official John Miller said on Wednesday.