New villages are emerging in the cities 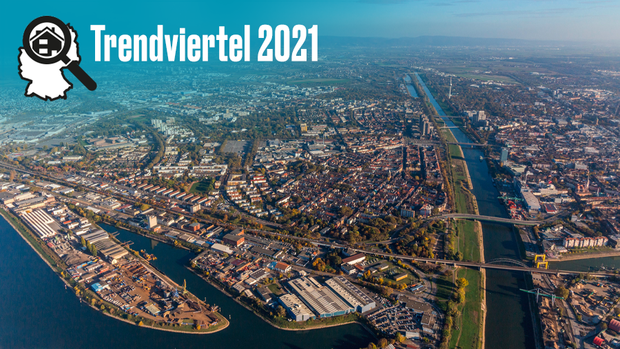 Mannheim New residential areas are often like small villages within the city: They not only offer modern residential buildings for young and old, but also shops, restaurants and on-site leisure opportunities. This is why neighborhood living is now popular with many people, says Julian Lal, Senior Associate Market Research at the Munich asset manager Wealthcap: “Families in particular appreciate short distances between living, working, shopping, restaurants and green spaces, as well as optimal connections to public transport and the motorway . ”

New residential areas are currently being built in many places in the Rhine-Neckar metropolitan region. Another building project is not only being developed in Bahnstadt with the Kopernikus quarter. A young residential area has also emerged in Ludwigshafen with the Rheinufer Süd at a former industrial site. And in Mannheim, completely new districts are being built on vacated military areas. A particular focus is on Franklin, the former largest US housing estate in Germany.

The conversion areas are “very lucky for Mannheim”, says Klaus-Jürgen Ammer, head of the conversion project group at the city of Mannheim. “In 2015, it was clear that the population increase would require 10,000 additional housing units in ten years.” With the withdrawal of the military, 7,500 housing units could be created. This ensures some relaxation on the residential property market, even if demand continues to be higher than supply.

Michael Fabian Müller, senior real estate advisor at the Engel & Völkers broker in Mannheim, assesses the situation in a similar way: “Despite numerous new construction projects, the demand for residential properties will continue to significantly exceed the supply.”

He hardly sees the effects of the corona crisis on the Mannheim residential property market: “In the short term, marketing and sales have been postponed, but the situation has largely recovered in the meantime.” Demand has increased even further and there is considerable excess demand.

The strong demand is also due to the fact that the immigration trend of recent years to the economically strong metropolitan region is continuing. Around 150,000 companies with over 950,000 employees subject to social security contributions are based there, as the current Rhein-Neckar real estate market report shows. The DAX members BASF, Heidelberg-Cement and SAP as well as numerous other important companies are based here. There are also 22 universities and 30 internationally recognized research institutes. “We also have an increasing number of inquiries from supraregional and international interested parties,” emphasizes real estate consultant Müller. A relaxation in the Mannheim residential property market is therefore not in sight.

In the three main centers of the Rhine-Neckar metropolitan region, real estate prices have recently continued to rise. One- and two-family houses were more expensive in the past year between 6.7 percent in Ludwigshafen and 8.1 percent in Heidelberg. In 2020, condominiums cost between 4.5 percent more in Heidelberg and eight percent more in Ludwigshafen than in the previous year. This is evident from the figures from vdpResearch.

Rheinufer Süd in Ludwigshafen enables living by the water

Ludwigshafen is still far behind with an average of 2600 euros, but is catching up. Jan Muhlert, Managing Director of the real estate broker Muhlert Immobilien in Ludwigshafen, says: “The rather moderate price development in recent years compared to major German cities is now picking up significantly. There have recently been price increases of over ten percent and, in particularly sought-after locations, up to 20 percent. “

Ludwigshafen was long considered a typical industrial city. With the development of the south bank of the Rhine and the Zollhof Harbor, the city center has moved closer to the river. The city west of the Rhine has become much more attractive thanks to the new residential, dining and leisure facilities that have been settled there. “With the completion of the south bank of the Rhine, a high-quality residential area with very high demand was created directly on the Rhine,” says Muhlert.

The adjacent park island directly on the Rhine with the beautiful Rhine promenade is particularly attractive. It is considered to be the “in” residential area in the city. But also the outskirts of Ludwigshafen such as Maudach, Rheingönheim and Ruchheim with good connections to the Palatinate Forest and the Wine Route are “very popular residential areas”.

Ludwigshafen is increasingly in demand as a residential location, emphasizes Thomas Wirtz, board member of the ZBI Zentral Boden Immobilien Group. This is underpinned by the low vacancy rate. Accordingly, in 2020 this was 1.1 percent in Ludwigshafen and 1.4 percent in Mannheim. Apparently more and more people perceive Ludwigshafen as a good alternative to the more expensive Mannheim.

In Mannheim, Franklin is developing into a trendy district

In Mannheim, however, the following applies: if you find something and can then afford it, move to the Lindenhof. Müller von Engel & Völkers says: “The Lindenhof in general and in the high-price segment in particular the so-called Black Forest District are among the most sought-after residential areas in Mannheim.” The Lindenhof, which extends south of the main train station and is therefore very popular with commuters, benefits from a very good one Infrastructure and proximity to the city center.

“In particular, high-quality new apartments with good city and train station connections are sold at very high, above-average prices,” says Müller. One example is the Glücksstein district. At the same time, the district with the forest park bordering the Rhine is very attractive for families. The same applies to the neighboring districts of Niederfeld and Almenhof.

Another plus point is that senior citizens can also find what they are looking for in the south of Mannheim. There is a demand for age-appropriate apartments with upscale furnishings, such as in the Niederfeld residential park and in the Lanz-Carré on the Lindenhof, says Müller: “We also have more and more middle-aged customers who want to buy a barrier-free apartment as a capital investment – with the option to to move in at a later point in time. ”

Since many interested parties encounter a small number of offers in the districts close to the center, families are now increasingly turning to neighborhoods that would not previously have been an option. “Among other things, Franklin in the Käfertal district is in the process of becoming a trendy district,” says Müller. “The price level is high, even if not quite as high as on the Lindenhof and in Niederfeld.” The first new residents have already moved into Franklin. Construction will continue, however, and the associated infrastructure will also be partly built.

Conversion officer Ammer says: “When redesigning the vacated former military area, it is important to us that the public space is not just a transit area, but a place where people like to linger. One does not want to “create typical new building areas of the 1980s and 1990s”, but also plan an infrastructure such as kindergartens and schools, doctors’ offices, restaurants and retail outlets.

According to Ammer, the new city districts will shape Mannheim for the next 200 to 300 years. A well thought-out and solid urban development with public transport and cycle superhighways is therefore even more important than the architecture of the building. In the area of ​​the former Spinelli Barracks, for example, the city is foregoing the construction of underground car parks, which may no longer be needed if there is a change in mobility in a few years. The alternatives for the residents must be correspondingly good.

The mix of different social classes should ensure that the new city districts remain attractive in the long term. Well-off families are still very much looking for detached houses. “In Franklin we tried to at least partially take this into account,” says Ammer. “At the same time, we want and have to enable all social classes to buy property.” The introduction of the 30 percent quota for affordable housing in Mannheim helps a lot.

Wirtz from the ZBI Zentral Boden Immobilien Group has a similar opinion on the rental market in Mannheim. As part of his current housing market report, for which he examined 57 cities in Germany, he came to the conclusion that asking rents in Mannheim increased comparatively strongly between 2015 and 2020.

“With the expansion of supply through the development of conversion areas, the existing demand can be covered to a certain extent,” says Wirtz. In his opinion, however, the decisive factor should be whether the new residential construction is also tailored to the demand groups and in what period the construction projects can be implemented.

Heidelberg is not just a tourist magnet

Ultimately, however, it remains Heidelberg above all, which with its favorable location on the Neckar with its castle and old town does not only attract many tourists. “Heidelberg is an attractive location with very good future prospects. The university and numerous science-related companies ensure a steady influx of young people who also settle there on a long-term basis, ”says Sebastian Zehrer, Head of Research at Wealthcap.

The Heidelberg housing market has therefore been tense for years. Demand even increased during the corona crisis. Similar to Mannheim, Heidelberg also has former military areas in which new quarters with affordable housing can now be created.

Development is well advanced, for example in the former Mark-Twain-Village in the southern part of the city. Most of the living space is also being built on the site of the former US hospital in Rohrbach. The city of Heidelberg also describes the development of the almost 100 hectare Patrick-Henry-Village as a special lighthouse project, which in future will offer work and living space for 10,000 to 15,000 people.

Hardly any other German city is building so many apartments, now also on main roads. Nevertheless, prices keep rising – still. 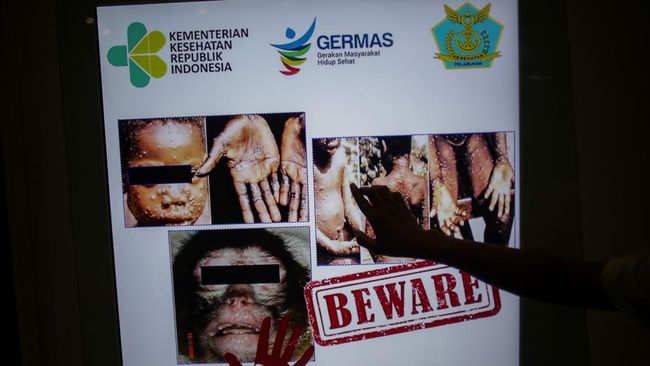 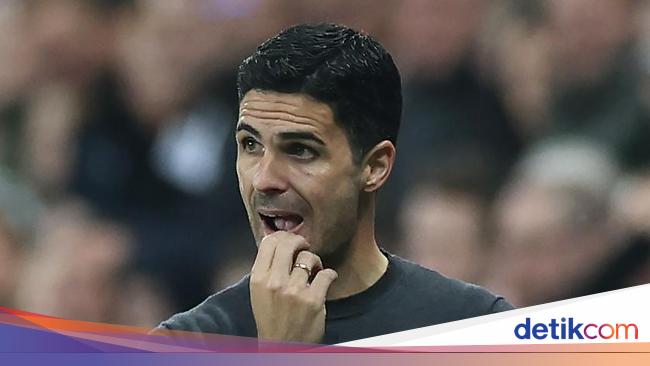