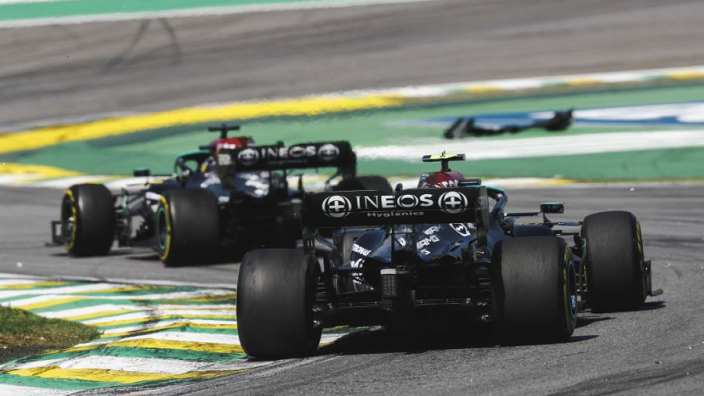 The stricter rear wing test that would be introduced during the upcoming Grand Prix weekend may be postponed to 2022. Mercedes can use the controversial wing in the last two games, the usually reliable reports Auto Motor and Sport.

Red Bull Racing had insisted on a stricter test, which could cause the rear wing of Mercedes to fall through the basket. It appears that due to time constraints, the FIA ​​will no longer introduce the new test method this season. There were also concerns from some teams, who feared there would not be enough time to adjust the wing if it failed the new test.

Mercedes and Red Bull have been trying to make it difficult for each other all season. For example, it is always suggested that the teams would use flexible rear wings. Red Bull was blamed at the start of the season, Mercedes from the Grand Prix in Brazil. The rear wing of the German formation would sag too far, creating a space very much like a DRS and thus generating more top speed.

Just because the test won’t take place this year doesn’t mean it won’t happen again. The idea is to apply the stricter rules from 2022. The teams will of course always try to find the loopholes. The FIA ​​would like to put an end to all ambiguity and that is not expected to happen until next season.