25. June, Aldi Süd and Aldi Nord have three TVs in the range, one of which is also sold in the Discounter stores. Tech book has looked at the three models, ranging from 149 Euro to 549 Euro, more accurate and reveals whether it is worth buying.

With only 31.5-inch diagonal screen, the Medion Life E132000 is a really small TV. But that’s not the Problem. Rather, buyers with this device will get stale Hardware and a really bad image. The LCD Panel only resolves in HD, this corresponds to 1366 x 768 pixels. Self-31.5 inch diagonal single pixels are within a reasonable distance is still visible. Even at this price point, Full HD would be the appropriate resolution. Even with the brightness the Panel with 200 Nits (Candela per square meter can luminosity) are not convincing. The same applies for the static contrast ratio, which is specified by the manufacturer with 3000:1 (10.000:1 dynamic ratio).

Even otherwise, the TV only covers the Basics. There is a Triple-Tuner for Receiving of DVB-C (cable), DVB-T2 (antenna) and DVB-S2 (satellite), as well as a slot for a CI+module and Smart Card for encrypted programs. As ports, three HDMI Ports and USB Port for playback of movies, music and images from USB Sticks or hard disks are available. There is also a Scart and a VGA port, 3.5-mm Jack for Audio-In and headphone-Out (3.5-mm – to-RCA Adapter included) and one optical audio output (SPDIF).

The only Highlight is the built-in DVD Player, which the TV is maybe interesting for children. For the audio output, the device has built-in 8-Watt stereo speakers. In the scope of delivery includes a stand, a remote control, including batteries and a 3.5 mm-to – RCA adapters are included.

In General, the Medion Life E132000 is not recommended, only as a second device or as a DVD Player for the kids to catch on, maybe for some buyers. The waiver of Full HD, the poor overall Panel, as well as the fact that there are no Smart TV features are not a Netflix, Amazon Prime Video or other – to make the TV for 149 euros at the offer. 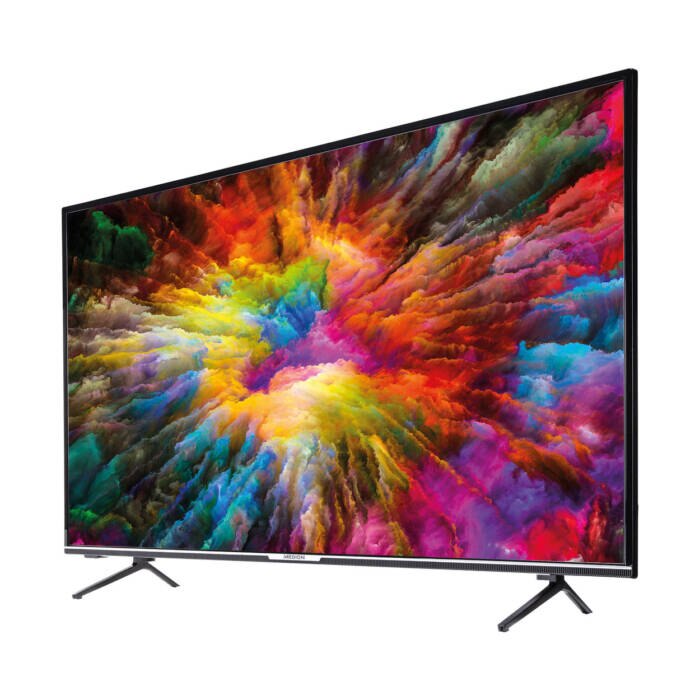 The largest and most expensive model of the TV offer, the Medion Life X16500 with a 65 inch screen diagonal. The TV has 4K UHD resolution (3840 x 2160 pixels) and supports High Dynamic Range (HDR), and a Dolby Vision – both of which are supposed to ensure faithful color image reproduction and depth of blacks. The LCD Panel reaches a maximum brightness of 350 Nits (candelas per square meter) and a rather poor static contrast ratio of only 1200:1 (of 27,000:1 dynamic) has. This could be a numerical error, but this information is found on the page of Aldi South and Aldi North in a way.

A Triple Tuner allows the reception of broadcasts via DVB-C (cable), DVB-T2 (antenna) and DVB-S2 (satellite), a slot for CI+Module or smart card is present. In addition, the Smart TV can also be accessed via Wi-Fi to the Internet Apps for Netflix and Amazon Prime Video as well as a Browser pre-installed. The device also supports HbbTV for more information about current shows and reruns of missed shows directly from the Internet. Other smart features Wireless Display, with the content from the Smartphone to the Smart TV can be played and the compatibility with the Medion smart Remote App to the TV via the Smartphone can be controlled are.

For audio output, two 12-Watt stereo speakers with DTS certification, the television. As connections four HDMI installed Ports with HDCP 2.2 support for encrypted content, as well as two USB Ports for media playback as well as record programmes directly to USB devices. The TV supports playback of media with the modern H. 265 Codec (HEVC). In addition, there is a network port, VGA Port, RCA port, a headphone Jack and an optical audio output (SPDIF). In the scope of supply includes a stand and a remote control including batteries are included.

The Medion Life X16500 is an average TV for average price. Smart-TV features, 4K resolution and a few extra Features sound good, the contrast ratio Medion fumbles, however. Here, there are much better Alternatives at this price.

Also interesting: What is actually a Triple Tuner with the TV? 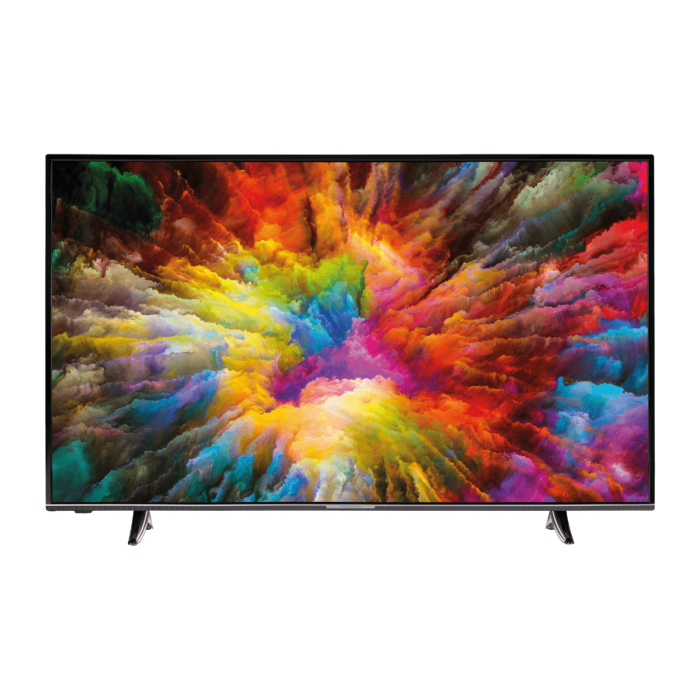 As a clear trump from the Trio of 55-inch-TV Medion Life X15515 stands out. The data sheet of the TVs is practically identical with that of the Life X16500, with the exception of the screen size and another important point – more on that below. Here, too, we have to do it with a 4K UHD Panel (3840 x 2160 pixels), which supports both High Dynamic Range (HDR), as well as Dolby Vision, for color-accurate image reproduction and depth of blacks. The X15515 comes wirelessly via Wi-Fi to the Internet, a Browser is pre-installed. With the direct connection to the World Wide Web can provide the user via HbbTV for more information about shipments, or missed shipments by the touch of a button. Apps for Netflix and Amazon Prime Video are preinstalled, in addition, can be supported via Wireless Display from your Smartphone to the Smart TV playback (H. 265/HEVC is). In addition, the control of the TV via the Smartphone works when the Medion smart Remote App is installed.

Such as the Medion Life X16500 the Life X15515 has a maximum brightness of 350 Nits (candelas per square meter). Surprisingly, according to the manufacturer, significantly better static contrast ratio of 6000:1, however. This is five times more than the 65-inch model, although this reflects only a minimal increase in dynamic ratio of 28,000:1. Another marginal difference is the sound system: The X15515 has 10-Watt stereo speakers with DTS support, so 2 watts or less. In the selection of the connections, there are no differences. The X15515 has two USB-Port for playback of media, as well as record programmes directly to USB devices, four HDMI Ports with HDCP 2.2 support for encrypted content, and a network connection (LAN), a VGA Port, RCA port, headphone Jack and an optical audio output (SPDIF). A Triple-Tuner for Receiving of DVB-C (cable), DVB-T2 (antenna) and DVB-S2 (satellite), as well as a slot for a CI+module are also on Board. In the scope of supply includes a stand and a remote control including batteries are included.

For $ 299 buyers will get a solid 55-inch TV with 4K resolution and Smart TV features. Clearly the best deal out of the Aldi-TV-Trio.

“Of the three Medion TVs that Aldi offers is just a really good value for money – and exactly this is, fortunately, also sold in the stores. The Medion Life X15515 covers all the important points, and should vote, at least according to the manufacturer, a contrast-rich picture than the almost twice as expensive Medion Life X16500. The Medion Life E132000 I can recommend despite the low price, hardly anyone. Image, features and resolution are easy to time.“ – Adrian Mühlroth, Editor

So the tech book-editorial tests New for Pages, Numbers and Keynote on Mac and iOS: YouTube...