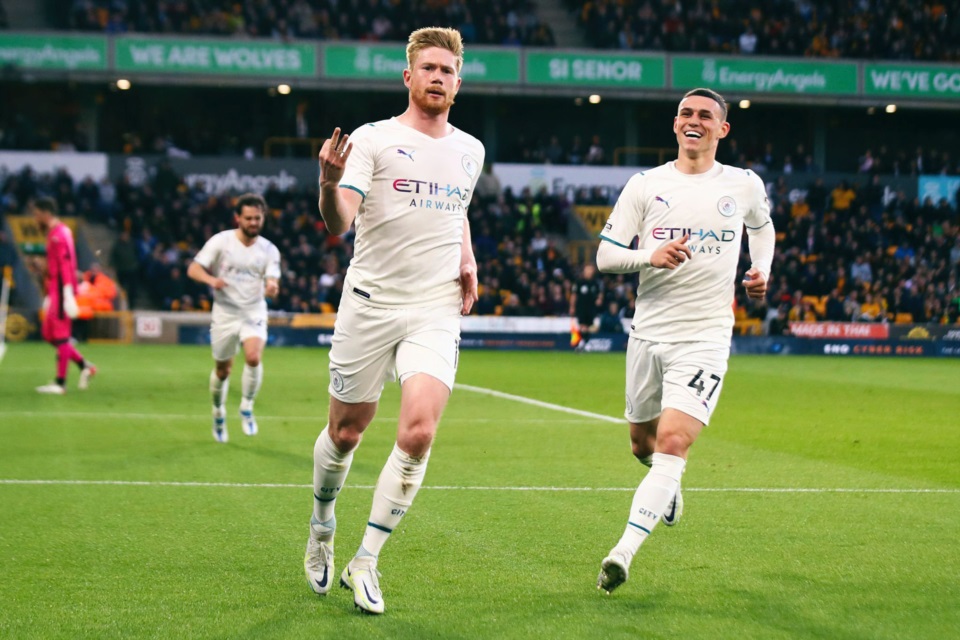 At the other end of the table, Leeds was more complicated in the battle to retain the category by losing at home to Chelsea, 3-0, in a match postponed from the same day 33.

In today’s other games, Watford, already condemned to the second division, tied 0-0 with Everton, which is also fighting to stay in the Premier (pending the thirtieth date); and Leicester won at home to another descended, Norwich, 3-0 (matchday 21).

Manchester City, still with the open wound for the elimination in the semifinals of the Champions League at the hands of Real Madrid, took a big step to win the Premier title.

It was 5-1 to Wolverhampton with an unforgettable performance by De Bruyne, who scored the first four goals (7m, 16m and 24m PT and 15m ST). Raheem Sterling (39m ST) completed the win.

Pep Guardiola’s team reached 89 points and, with six to play, once again took three from Liverpool, which will precisely define the “Champions” against Real Madrid (on Saturday 28 in Paris).

Manchester City has West Ham, away, and Aston Villa of “Dibu” Emiliano Martínez, at home. To those of Jurgen Klopp, meanwhile, Southampton outside and Wolverhampton inside.

At the other extreme, Leeds, Marcelo Bielsa’s former team, was more compromised in the fight to maintain the category: they fell 0-3 at home with Chelsea, could not get out of the relegation places and were at a disadvantage compared to Burnley and Everton , the other two protagonists of this battle and both with one game less.

The goals for Chelsea, which was one step away from securing qualification for the next Champions League, were scored by Mason Mount, Christian Pulisic and Romelu Lukaku.

The Premier will continue on the weekend with matchday 37: