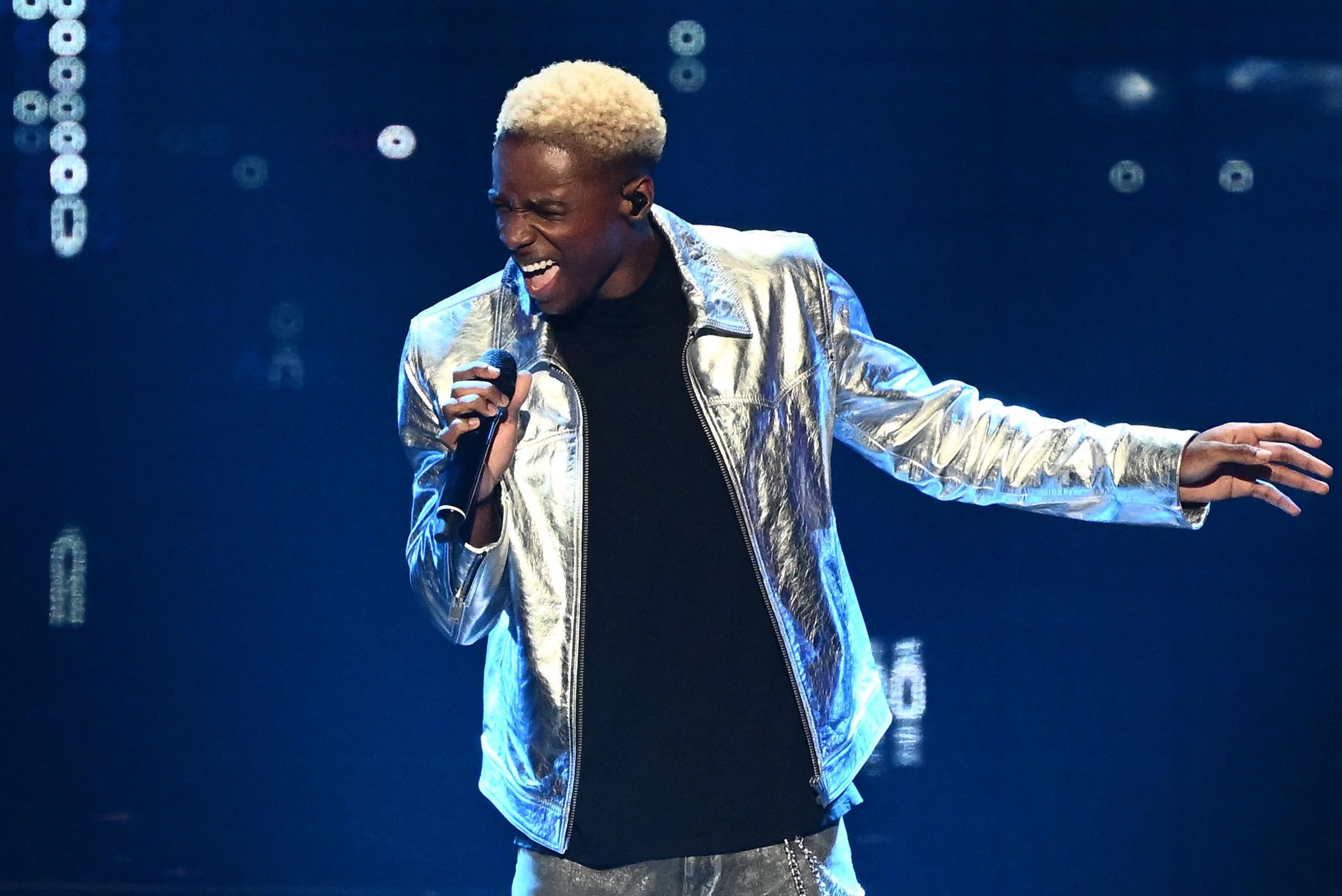 He did it nicely anyway. Jérémie Makiese (21) advances to the final of the Eurovision Song Contest in Turin. He brought a great version of Miss you† Virton’s singing goalkeeper and winner of The voice Belgium was the first to be called out.

Did the previous infection on his voice still influence the performance of Jérémie Makiese in this semifinal of the Eurovision Song Contest? It was still a bit of a wait. But those fears turned out to be unfounded. In its simple jeans, silver jacket and black sweater, our Belgian entry managed an almost flawless version of Miss you to give. The audience even sang along, closing with enthusiastic applause. Between all the ballads and pop songs, he also stood out with his choice for an R&B song.

However, the rehearsals have not always gone smoothly in recent days. There were technical problems for many artists. Also for Makiese, who even stopped singing for a while because he heard someone else talking into his ear. During his performance in front of the professional jury – which is partly responsible for the points together with the televoting – things went wrong musically with a false note. But he made up for that in the semi-final itself.

It was a semi-final with some ups. The Finnish band The Rasmus kicked off the show with Jezebelalthough you may know them a lot better thanks to their hit In the shadows from the early 2000s. Serbia stood out with its unique In a healthy body of Konstrakta, in which she denounces her country’s health policy. Sweden also proves with the wonderfully hoarse voice of Cornelia Jakobs that they are again one of the top favorites this year. And Estonia actually came up with half a country song, which was received with a lot of enthusiasm and applause in the Turin hall.

Azerbaijan, Australia and Poland turned out with three men who opened their throats for a powerful, emotional ballad. The Aussie Sheldon Riley in particular stood out with his excellent performance. The award for craziest act went to San Marino. Achille Lauro sings about Stripper, in a sheer glitter suit, black knickers and feathered boa. He ends up on a velvet rodeo bull. Although there were also a few false notes. Cyprus, Malta and Israel were regularly wrong.

These are the ten countries that will advance to the final on Saturday 14 May.