influencers from all over the world 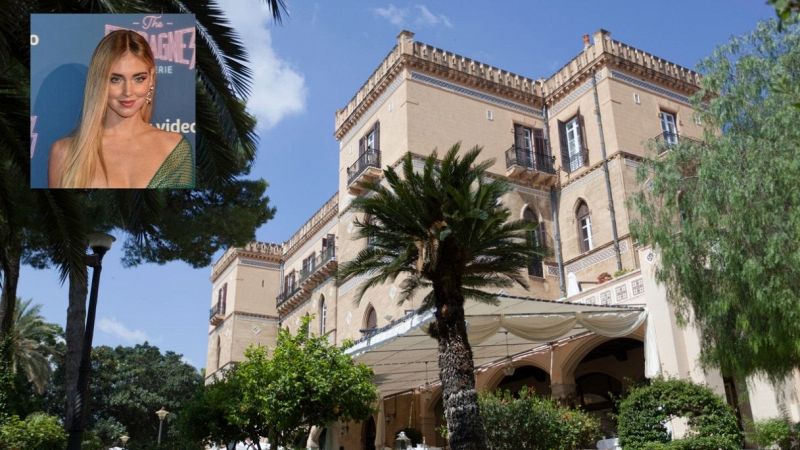 Last weekend Chiara Ferragni he decided to spend and celebrate his birthday weekend in Palermo with all his family and many friends. Thanks to this, the Sicilian capital has now become one of the most popular destinations for other influencers.

Villa Igiea: hosts influencers from all over the world

Villa Igiea is a splendid historic building located in Palermo at the Acquasanta port. The building has been home to one of the main ones for years luxury hotel of the city which, being located in an elevated position overlooking the sea, boasts one of the most evocative locations on the island. The Hotel that is equipped with is now equipped with 72 rooms and 28 suites it has always been chosen by prominent personalities in sight in the city but also by many Hollywood celebrities.

The Villa has, however, become famous in recent days for hosting Chiara Ferragni, Fedez and their family for a long weekend. After welcoming one of the most famous couples on the Italian digital scene, Villa Igiea is now preparing for the arrival of other influencers. In particular, thanks to the work carried out by the communication agency “Bold” in Milan, they were chosen thirty-six influencers from all over the world to introduce the city of Palermo to their followers.

Among the characters present there is the Italian Eleonora Carisi which boasts 639 thousand followers on Instagram. Eleonora was born as a fashion blogger and thanks to her talent she managed to collaborate with important fashion brands and now she is the Creative Director of her own Grumble agency. Besides her there is also Maria Vittoria Paolillo which has 206 thousand followers.

The group is not composed only of Italian characters but also of profiles that come from different parts of Europe and the world. For example, there is the German Viky Rader, aka “Viky and the kid”, with 561 thousand followers on Instagram and the Ukrainian Diana Milkanova with more than 400 thousand followers on Instagram and an excellent following also on YouTube. Together with them other well-known influencers of the social world who come from Kazakhstan, Nigeria and the United Arab Emirates.

The program of these two days to discover Palermo includes a boat trip and then off to the discovery of the city aboard a motorcycle-bee. Influencers will touch the sites of greatest interest, but also significant places such as the Falcone and Borsellino murals at the Kalsa, the open-air library in Piazza Monte Santa Rosalia and a walk at the Capo Market. There will be moments related to gastronomy with one cooking class based on Sicilian dishes which will be organized right at Villa Igiea. This activity will certainly bring a huge return to the Sicilian city in terms of both image and tourism.

I Ferragnez at Villa Igiea

It seems that Sicily is very much loved by the Ferragnez. After choosing Noto as the location for their wedding, Chiara Ferragni he decided to organize his 35th birthday party in Palermo, at the splendid location of Villa Igiea.

The couple arrived in the city with their children Leone and Vittoria, with her sisters but also with many friends. The weekend was spent between cultural visits, dinners and celebrations a Villa Igiea. For some time now Chiara Ferragni has become a real one promoter of Italian tourism. In recent years, the digital entrepreneur has organized several trips to promote Italian heritage not only in big cities like Rome and Florence but also in small villages.