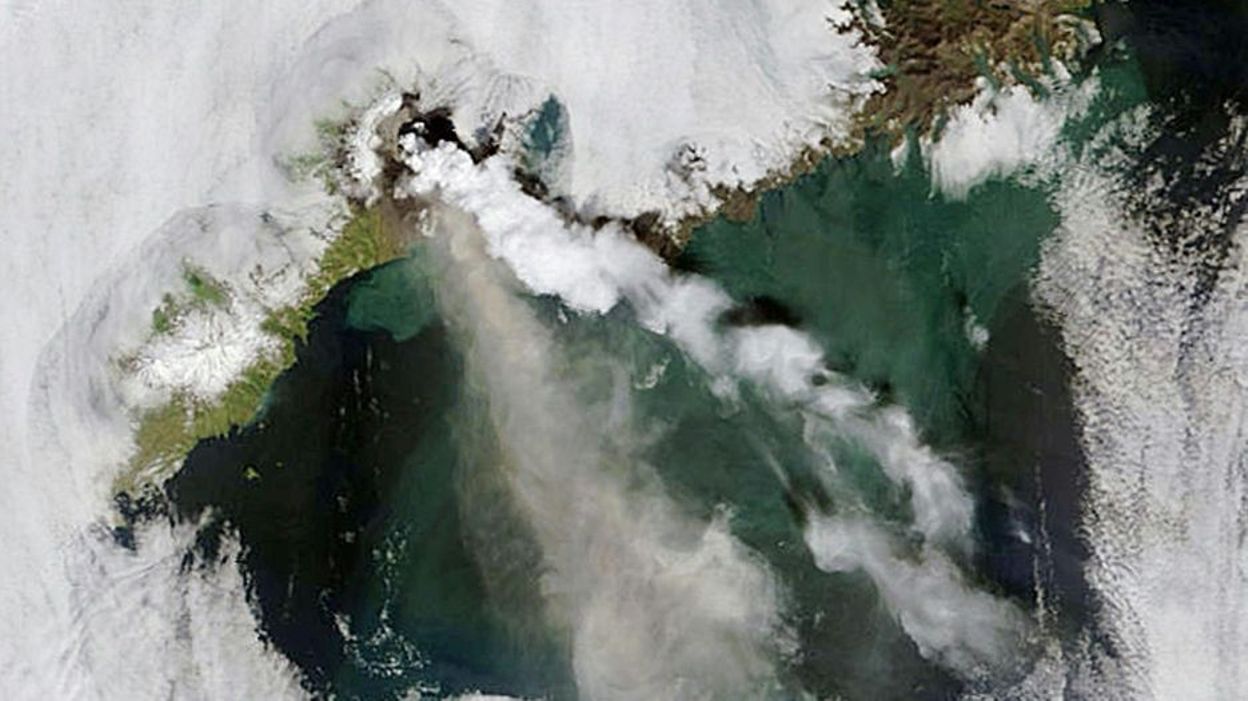 The assassination of Julius Caesar, in 44 bce, has triggered a power struggle of nearly two decades, marking the beginning of the transition between the roman Republic and the roman Empire. According to historians, this period was marked by strange sightings in the sky, a climate particularly cold and great famines. According to a new study, an eruption in Alaska might be the cause.

The analysis of volcanic ash (tephra) trapped in ice cores in the Arctic has allowed a team of international scientists to make the link between a weather extreme then observed in the Mediterranean and the eruption of the volcano Okmok, Alaska, in 43 before our era.

Their study was published in the journal PNAS (Proceedings of the National Academy of Sciences).

“Find evidence of a volcano at the other end of the world erupted and has effectively contributed to […] the rise of the roman Empire is fascinating“said the lead author, Joe McConnell, Desert Research Institute (DRI) of Reno, Nevada.

“This shows how the world was interconnected, even 2000 years ago“, he added.

The swiss scientist Michael Lmis and him began their research after the discovery last year of an ash layer is very well preserved in an ice core.

New analyses of other samples have then been made in Greenland and Russia, some of whom had been made in the 1990s and preserved in the archives till today.

They were then able to identify two eruptions have been distinguished : one powerful but brief in 45 bc, and the other much longer and extended, in 43 bc with repercussions for more than two years.

A geochemical analysis was carried out on samples of ice dating back to the second eruption, and proved perfectly match with that of the volcano Okmok — one of the largest eruptions since 2500 years ago.

“The correspondence (between the samples) could not be better“said the volcanologist Gill Plunkett, Queen’s University of Belfast.

The team has also collected other evidence in the world, ranging from the archives of weather based on the analysis of tree rings in Scandinavia, to the formation of caves in the north of China.

These data have been used to feed a climate model, according to which the two years following the eruption have been among the coldest in the northern hemisphere these past 2500 years.

According to this model, the average temperatures were about 7 degrees below the normal during the summer and fall following the eruption, and rainfall about 400% higher than normal in the south of Europe during the autumn.

“In the mediterranean region, these humid conditions and extremely cold during the spring and autumn seasons are very important to agriculture, are likely to have reduced crop yields and led to problems of supply, at the time of the political upheavals of this period“, detailed archaeologist Andrew Wilson of the university of Oxford.

Halos, solar, sun darkened, or that seems to multiply

These events have also coincided with the failure of the Nile to cover the plains in that year, which led to starvation and disease, added the historian of Yale university, Joe Manning.

The eruption could also explain the atmospheric phenomena strange observed then, such as halos around lights solar, a sun-darkened, or with optical phenomena showing the image of three suns in the sky.

But the authors caution that many of these observations were made before the eruption in Alaska, and could be related to a smaller eruption of mount Etna in 44 bc

According to Joe McConnell, if a lot of factors have contributed to the fall of the roman Republic, and the kingdom of ptolemaic Egypt – also precipitated by the advent of the roman Empire, the eruption in question has played a major role, and helps to fill a lack of knowledge that left it up here the historians puzzled. An elderly woman did not receive communion through the poster of... Another record number of infections in one day in the US,...