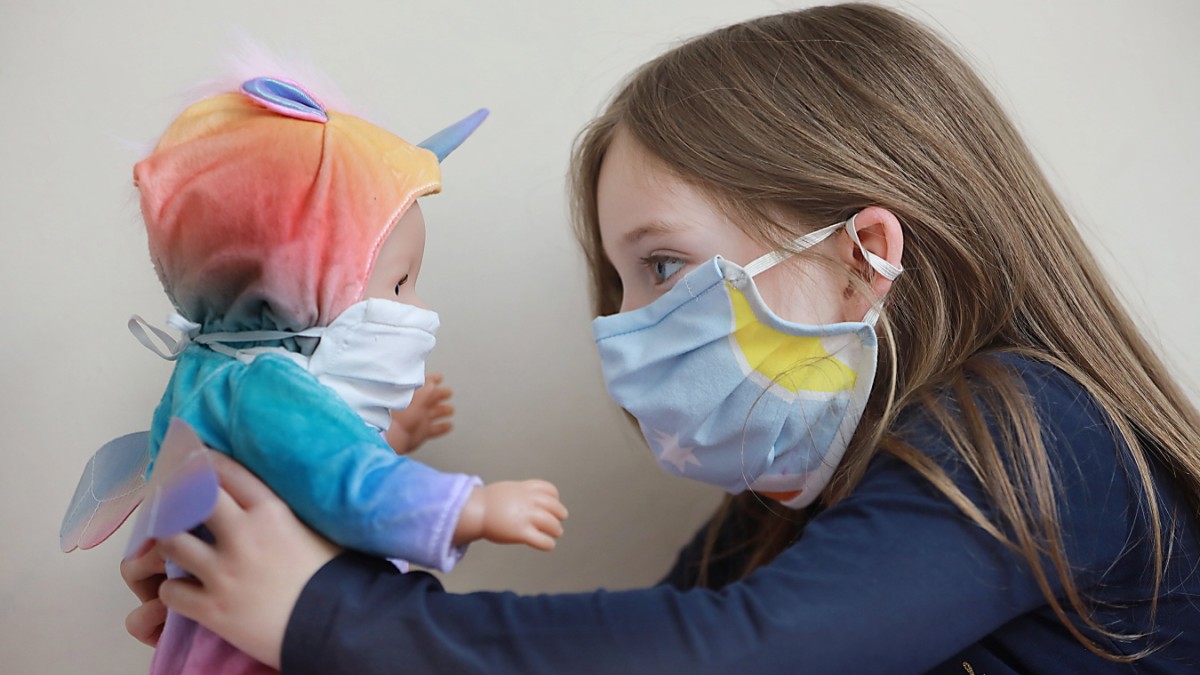 New data confirm: The disease is usually mild in children. But sometimes there are serious complications – like Kawasaki syndrome.

It all started in Europe in spring, and the number of cases increased every day. In the first days of April, Europe experienced the high point of the corona pandemic. At the same time, pediatricians from 21 countries on the continent started collecting data about their young patients. Now the evaluation is in the specialist journal Lancet Child & Adolescent Health published. It confirms what had previously been reported from China: children and adolescents rarely suffer severely from the new disease. Nevertheless, no family can weigh in safety – no matter how vital, how fit your child is.

“Our study shows that severe cases occur in all age groups,” says Florian Götzinger from the Vienna Wilhelminenspital, who was the lead author in the study of children between the ages of 0 and 18. Most often, however, the researchers found severe Covid-19 courses in newborns and those children who already had previous illnesses. These included asthma and other chronic respiratory problems, congenital heart disease, cancer and neurological diseases such as epilepsy. However, previously healthy children were so severely affected by a Sars-CoV-2 infection that they had to be treated in an intensive care unit. After all, three quarters of the young intensive care patients had no known previous illnesses.

The risk of being transferred to the intensive care unit also increased if children had been infected with other pathogens of respiratory diseases in addition to the coronavirus. Of these multiply infected children, 24 percent had serious complications, while only seven percent were among the others. Other common pathogens include common cold and influenza viruses. The typical flu season was over when the scientists collected their data. The researchers therefore warn that complications could occur more frequently in the coming winter – if there are significantly more pathogens circulating.

The international team primarily wants to use its work to inform clinics of what they have to adjust to. The 582 children examined all had been hospitalized for examination or treatment. Children who cured the infection at home without major complaints were not included in the analysis. This means that the work cannot make any statements about how common complications are among all children.

A quarter of the children with Covid-19 had gastrointestinal complaints

Of the nearly 600 children examined, eight percent were treated in the intensive care unit. About half of them needed artificial respiration – often for more than a week. Four children – that is 0.7 percent of those examined – died. If one takes into account that many children are only mildly or even asymptomatically ill, the death rate among all children is likely to be significantly lower.

Children and adolescents most frequently suffered from fever and respiratory problems. About a quarter of the patients complained of gastrointestinal problems – some of them lacked breathing difficulties.

All reports on the current situation in Germany and worldwide as well as the most important news of the day – twice a day with SZ Espresso. Our Newsletter brings you up to date in the mornings and evenings. Free registration: sz.de/espresso. In our News app (download here) you can also subscribe to the espresso or breaking news as a push message.

The study is the first major study of children with Covid in Europe. Ultimately, however, the actuality has already caught up with her. After data collection was completed, pediatricians from the United States and some European countries reported another worrying development. They had noticed inflammation of various organs in some children who had tested positive for the coronavirus. Heart, lungs, kidney, brain, skin, eyes or digestive organs were affected. The phenomenon was called multisystemic inflammatory syndrome; it can lead to shock and organ failure.

Much is still open, including the question of whether the syndrome is really caused by infection with Sars-CoV-2, why it has only been observed in some countries so far and whether it can cause long-term damage. The current one was also able to answer these questions Lancet-Study contribute nothing.

The multi-systemic inflammatory syndrome is partially similar to the Kawasaki syndrome, which was first described in Japan in the 1960s. Doctors have also observed this disorder in children with Covid. It mainly occurs in under five-year-olds and is accompanied by inflammation of the blood vessels, fever and often a rash. In extreme cases, it can attack the heart.

One of the uncertainties is that pediatricians don’t know enough about the medicines they can best use to treat children with severe Covid diseases. They found great differences in the guidelines of the different European countries – and urged that children and adolescents also be included in the search for suitable treatment methods.

What has to change after the Corona crisis?:Readers’ discussion Income opportunities in the Ayurvedic medicine market (based on historical performance)... The world is getting impatient, and thousands upon thousands of patients...