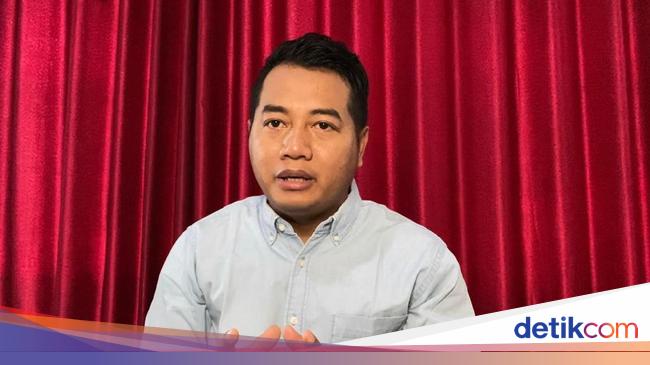 Central Java Governor Ganjar Pranowo not attending the halalbihalal event DPD PDIP Central Java. Ganjar’s absence is considered to strengthen the suspicion of a conflict between him and PDIP.

To note, the PDIP halalbihalal event in question was held at the Panti Marhaen office in Semarang City on Saturday (7/5) last week. Ganjar certainly did not attend.

“First, this condition has further strengthened the public’s belief that there is an unusual inner conflict between PDIP and Ganjar,” said Adi Prayitno, a political expert from UIN Syarif Hidayatullah Jakarta, to reporters on Thursday (11/5/2022).

Ganjar, he said, was considered aggressive in polishing the image for the presidential election. Meanwhile, Adi said that PDIP had not yet determined who the presidential candidate would be.

“Ganjar is considered to be too aggressive in polishing his self-image for the presidential election. Meanwhile, PDIP has not officially determined a presidential candidate and the majority of its elite are leaning towards Puan,” Adi added.

Furthermore, Adi assessed that there were two reasons why Ganjar was not present at the halalbihalal event. He said it could be because he wasn’t invited or because Ganjar was busy. However, regardless of the reasons, Adi believes that the moment will continue to repeat itself because of the tension between Ganjar and PDIP.

“Secondly, the tension between the two always involves two things. Namely, Ganjar is reportedly not invited. Another thing is Ganjar is busy with other matters so he is unable to attend. Whatever the reason, it is clear that such conditions will definitely repeat itself in the future because Ganjar and Puan are top commodities in the presidential election. ,” he said.

Adi said PDIP is a disciplined and firm party. So there is a high probability that there is ‘something’ if a cadre is not present at an important event.

“PDIP is a cadre party that is very disciplined and firm. So, if there are cadres who are not present at an important party event, ‘there must be something unusual’. Yes, a conflict of heart for sure. What else could the reason be,” he said.

Ganjar was absent at the Central Java PDIP event, was he invited or not? see more on the following page