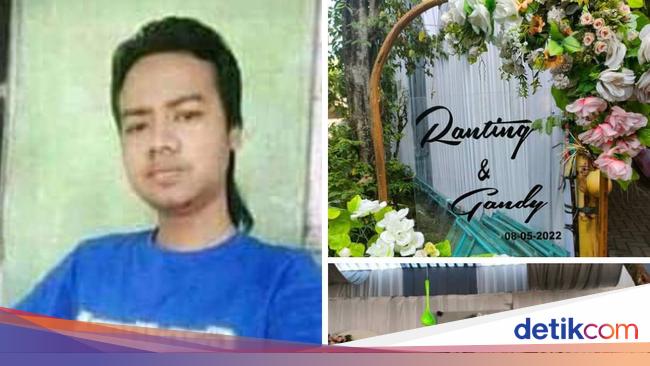 Wedding in Magetan, East Java, caused a stir because it was held without the presence of the groom. The man named Gandi Alfian opened his voice.

Reported detikJatim, Thursday (12/5/2022), Gandi admitted that there were several things that made him have the heart to leave his bride named Ranting Delima (22). This was conveyed by Gandhi through a message on Facebook.

“There are things that make me desperate (run away),” said Gandi.

Gandi said he was angry because he was burdened with the cost of the reception which was held at Branch’s house. Gandi revealed that he had advised him to rent equipment for wedding receptions, such as wedding decorations to tents for Gandi’s relatives.

“Regarding the rental of tents or tarpaulins, I actually suggest belonging to my relatives so I can get a low price and I promise to help with the costs. But they rented them elsewhere and ending-He told us to pay for everything, “said Gandi.

The video of the wedding reception without the groom’s presence has gone viral on social media. In the video, the bride in white wedding dress is seen standing on the aisle flanked by 4 bridesmaids in black robes and blue veils. There are also two girls dressed in kebaya standing in front of the bride.

Watch the video ‘Pilu Magetan Woman Married Without a Groom’: