Formula 1 distances itself from statement by Ecclestone on racism | NOW

Formula 1 on Friday released a short statement from statements by Bernie Ecclestone. The former Formula 1 boss made those conscious statements earlier today in an interview with CNN.

“Black people are often more racist than white people,” said Ecclestone, 89, among others. Then CNN asked about that comment, Ecclestone could not give any examples, he just said “having noticed over the years”.

Formula 1 made a statement just hours after the interview was released. “At a time when unity is needed to tackle racism and inequality, we completely disagree with Bernie Ecclestone’s statements. These words don’t fit into Formula 1 or our society.”

Formula 1 further emphasizes that Ecclestone left the organization in 2017 and that his title of emeritus chairman expired in January this year. The royal class of motorsport has launched several initiatives in recent weeks to ensure more diversity.

Ecclestone was president of Formula 1 for nearly forty years, and the Brit has been in the news more often in the past with controversial statements. For example, he said in 2009 that Adolf Hitler was “good at getting things done.” With his turbulent private life, he regularly made the press. In July, he and his 44-year-old partner are expecting a baby. 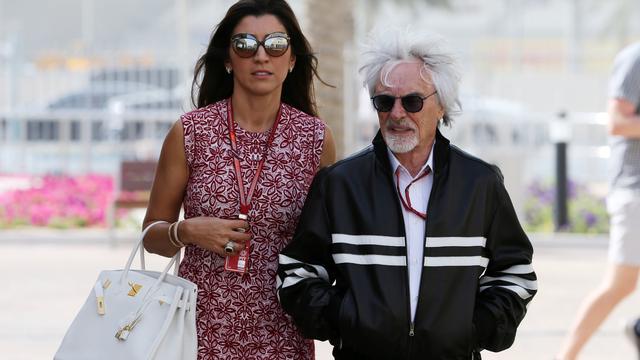 In the interview with CNN Ecclestone also has positive words for Lewis Hamilton. The six-time world champion has emerged in recent weeks as a champion in the fight against racism.

“Lewis is a special boy,” said Ecclestone. “First of all, he is a very talented driver. And now he also turns out to be extremely talented when he is standing in front of a group of people and is going to speak.”

“His commitment to the Black Lives Matter movement is great,” said Ecclestone. “Lewis does an excellent job and people appreciate that. He is someone people love to listen to.”

Infectious disease: Covid-19 outbreak in Latvia is not significant, but vigilance lost too early

The fire chief of the Miranda do Corvo Corporation, José Augusto Dias Fernandes, 55, is said to have died...
Read more

Ten days without death in Estrie | COVID-19 | News | The sun

Lhe number of deaths is therefore still 25. On Wednesday, there were 38 people hospitalized in the...
Read more

Keystone1/8SC Bern has already sold 7,000 season tickets.Keystone2/8Zug fans stand behind their club even during the Corona crisis.geisser3/8At EVZ,...
Read more

TV +: Will Smith explodes against 50 Cent on Instagram for talking about Jada Pink

The face-to-face conversation between Will Smith and his wife Jada Pinkett In which they discussed her romance...
Read more

Infectious disease: Covid-19 outbreak in Latvia is not significant, but vigilance lost too early

Legia Warsaw: The fans ‘set fire’ to their rostrum to celebrate the title of Poland | Krakow | Wisla Krakow

Pedro and Michael, Jorge Jesús plan B works in Flamengo

Flamengo he sought revenge and found it with suffering...
Read more